Starting Sunday, July 11, officials may make arrests and/or initiate campsite clean-outs if compliance hasn't been achieved after a citation has been issued. 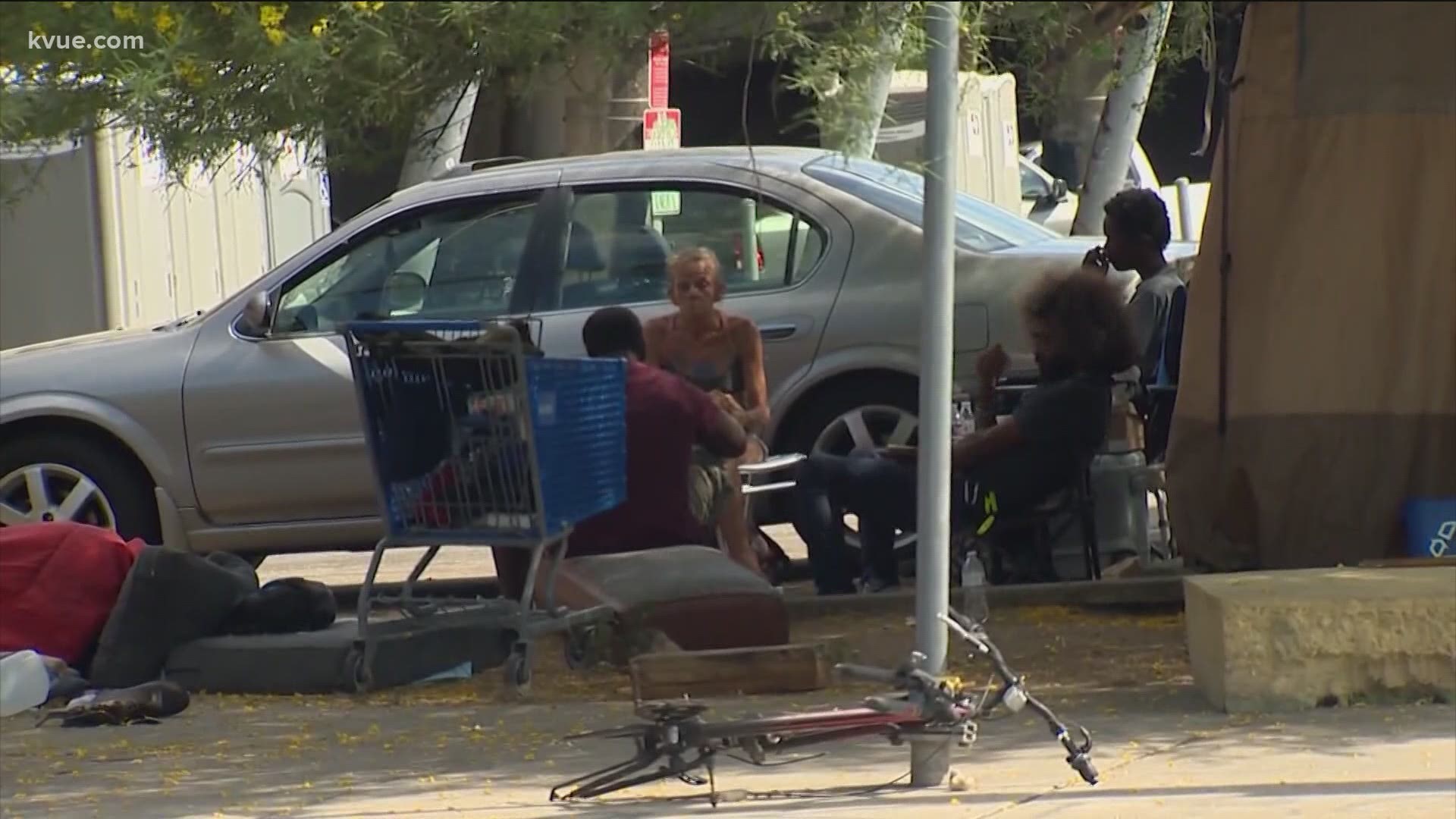 AUSTIN, Texas — Phase 3 of the City of Austin's plan to enforce the reenacted ban on homeless camping begins on Sunday, July 11, to Aug. 7. At that time, APD will issue a citation if a written warning has already been issued.

Arrests for violating the camping ordinance will only be utilized in situations where individuals refuse to vacate areas that have been deemed dangerous for the public (e.g. high risk of fire, flooding or pedestrian/vehicle accidents).

On Friday, District 9 City Councilmember Kathie Tovo said members are still trying to figure out where people experiencing homelessness can stay. She said the $106 million in federal funding from the American Rescue plan is enough to purchase areas for sanctioned campsites and more hotels, but the hold-up is finding appropriate locations.

"Staff had access to the money but actually finding a hotel or motel that's appropriate, finding those properties that can be converted to designated camping areas is more challenging," said Tovo.

The Austin Police Department said Tuesday that officers had issued 79 written warnings and zero citations to individuals in violation of the City’s homeless camping ban as of Friday, July 2. In June, the City entered Phase 2 of its homeless camping ban enforcement, which allowed APD to issue written warnings to people violating the ordinance and give out citations to repeat offenders.

However, citations weren't required under Phase 2.

During Phase 1, which began in May, police and other City departments visited dozens of encampments across Austin to inform people experiencing homelessness about how the new ordinance would affect them. During that time, officials worked to help people comply with the rules and aimed to connect people to resources and services.

In May, Austin voters approved Proposition B, which makes it a criminal offense – a Class C misdemeanor punishable by a fine – for anyone to camp in public areas, sit or lie down in the downtown or University of Texas campus areas or solicit at specific hours and locations.

The City's phased approach pertains only to campsites that were in existence before the new ordinance went into effect on May 11. Individuals who attempt to set up new camps are subject to immediate notification of a violation and enforcement action, if necessary.

Last week, the City said in a memo that the city council has narrowed down a list of possible sanctioned homeless campsites to two, currently undisclosed, locations. City staff has also identified City-owned parking lot properties that might be available for overnight parking for individuals experiencing homelessness who are living in their cars.

The same day, the City also announced it will be converting one of the hotels previously used as a ProLodge for COVID-19 isolation into a bridge shelter for people experiencing homelessness. The hotel, located at 3105 N. Interstate 35, is expected to open in August and will provide 55 rooms for unsheltered individuals.