The HEAL Initiative aims to remove those experiencing homelessness from four high-traffic areas in Austin and connect them with housing and shelters. 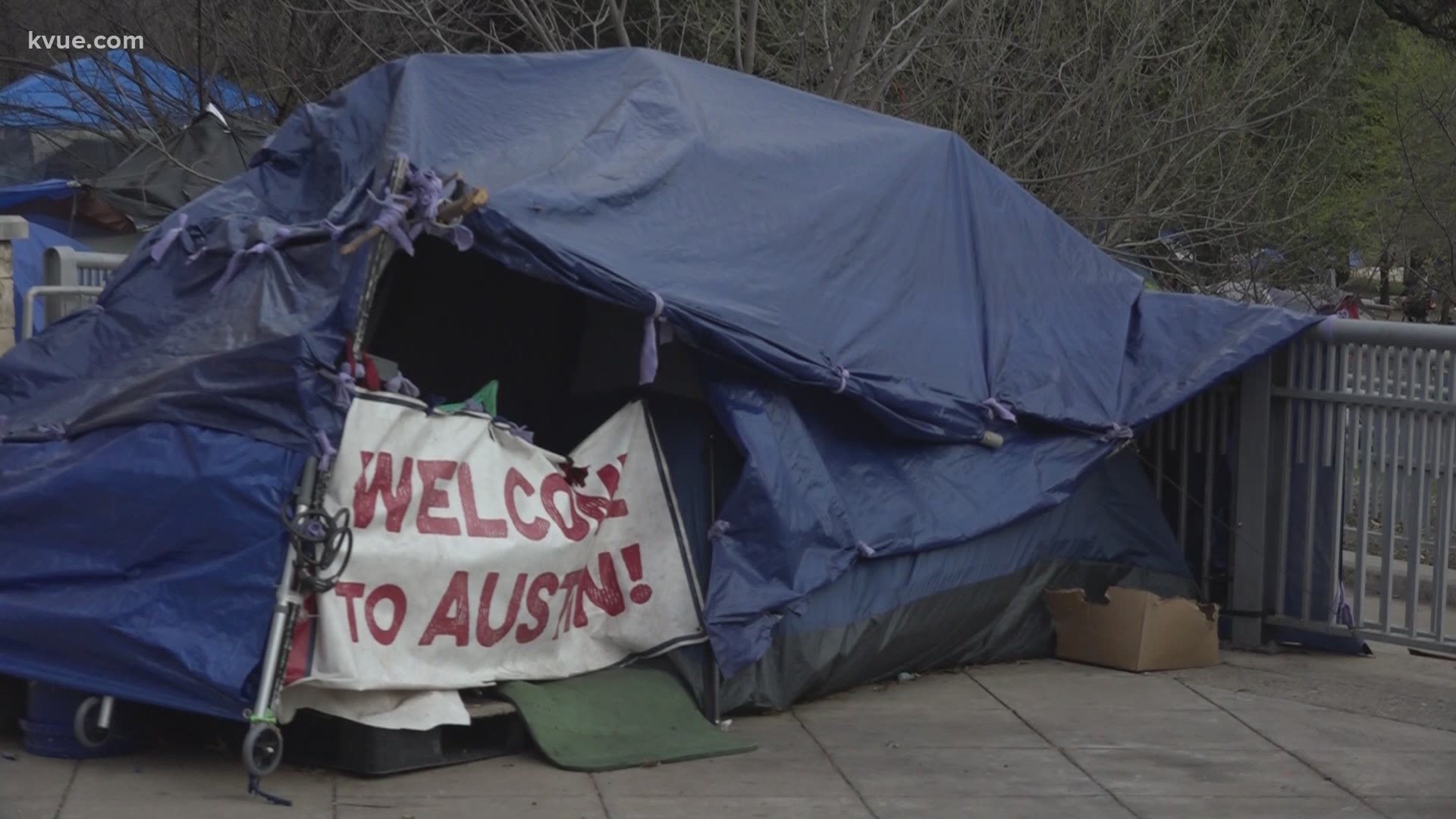 AUSTIN, Texas — The first phase of the Austin City Council’s HEAL Initiative to address homelessness will be complete by late summer, according to a blueprint released on Tuesday.

The HEAL Initiative aims to remove those experiencing homelessness from four high-traffic areas in Austin and connect them with housing and shelters.

Under the plan published by the City’s homeless strategy officer, Diana Grey, the City would aim to rehouse individuals in the encampments and establish the sites as non-camping areas by the end of August.

The four Phase I HEAL priority locations are:

THREAD: Happening at 9am: City of Austin's Homeless Strategy Officer is holding a media availability. I'll be live tweeting it here or you can watch along with me! @KVUE will be streaming it.

Grey told the city council on Tuesday that extensive efforts will be made to relocate individuals through dedicated housing resources, as well as temporary shelters where they are needed.

“What we’re seeing now is our community coming together to put the resources behind the proven housing and outreach strategies identified in Austin and across the country,” Grey said. “HEAL is, by design, an iterative and collaborative initiative that will not only have an immediate impact on the lives of people living in unstable and inhumane conditions but will also build the entire system's capacity to make homelessness rare, brief and non-recurring.”

In Wednesday's press conference, Grey said nearly $12 million in federal funds for COVID-19 will help house nearly 400 people through rapid rehousing. When asked about the HEAL Initiative, Grey said the City anticipates it will move camps starting this summer, but details are still in the works. She said camps will not close immediately. For people who want to live outside, Grey pointed to an ordinance that deems places unsafe and said the HEAL initiative redirects staff to not rely on criminalization, but to be smart about how spaces are designated as non-camping. Grey said the perception that there are people not wanting to come off the streets has never really been tested. She said it may be more likely that people don't want to go into a congregate shelter or they haven't been offered housing that meets their needs.

A preliminary budget of $4.3 million has been identified, the City said. The negotiation of contracts and agreements for outreach, shelter, case management, housing and other support has begun, with funding actions to appear on city council agendas over the next month.

The city council adopted the HEAL Initiative in a February 2021 vote. It comes as Austinites will soon have a say on Proposition B, which asks voters whether to reinstate the City’s homeless camping ban. The vote is part of the May 1 election and was added to the ballot after a petition from the PAC Save Austin Now.

In Wednesday's press conference, Grey said there was no shortage of pressure ahead of the vote. She said the HEAL initiative will bring some quick change, but hopefully with some long-term effects.

Last month, Democrats launched a campaign against Proposition B, saying they believe it would be a step in the wrong direction for people experiencing homelessness. Mayor Steve Adler said he believes the vote will be “close.”

St. Edwards becomes one of the first universities in nation to require COVID-19 vaccine this fall for in-person activities