Overall, the city is looking at cleaning up more than 60 locations throughout Austin once a month. 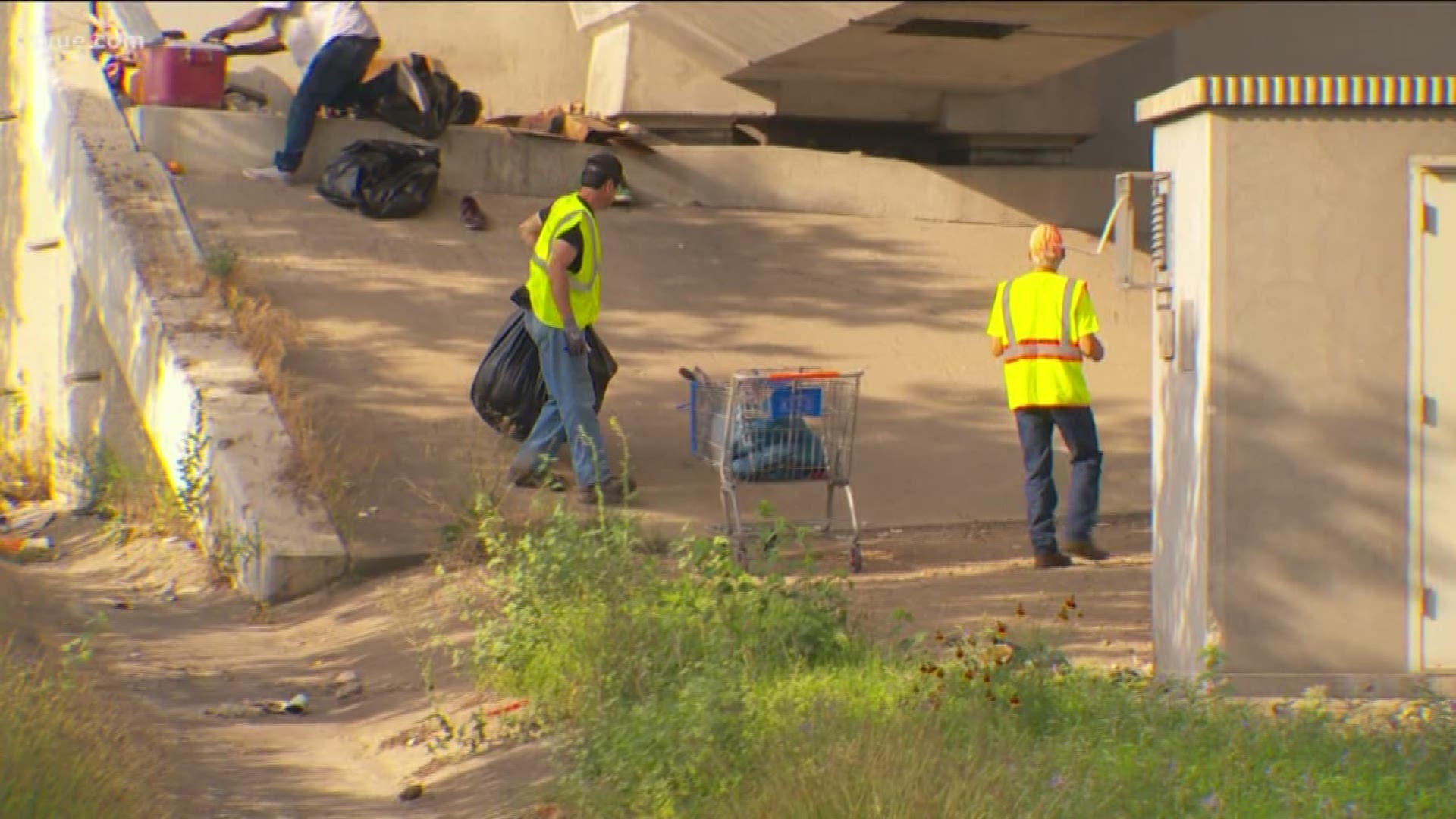 AUSTIN, Texas — It seems homeless encampments with people living under bridges and overpasses surrounded by lots of trash are becoming more common in Austin now than ever before.

After a few months hiatus, clean up under highway overpasses and bridges has started up again and the City of Austin is now in charge of the process. This is part of a bigger issue.

There are thousands of people with no place to go and some are having to call these highway overpasses home and that means trash will build up. Right now, the city is looking at solutions to address the growing homeless population and keep those areas clean.

We went out to highways I-35 and US 183 on Wednesday. The city is now in week two of cleanups after city council approved the contract back in March.

TxDOT used to be in charge of this and that new contract moved the responsibility from the state to the city. A spokesperson for Austin Public Works said they've cleaned up six priority locations so far. The places they get the most calls about that includes Highway 71 near Pack Saddle Pass and US 183 and Cameron.

“We are aware of a number of calls in certain locations and all throughout the city for debris cleanup at these locations and other different locations," said Kyle Carvell with Austin Public Works. "There is certainly a need and we have a responsibility to address that need."

The city now has a homeless strategy officer and some of the solutions include adding temporary shelters and providing storage options in those areas.

“That helps with trash as well,” said Veronica Briseno, interim homeless strategy officer. “If an individual is experiencing homelessness and has a place to go to put their belongings that helps with what is on the street."

“The bottom line is this is a health and safety issue for the city,” said Carvell. “We want to ensure that our residents have a safe environment in which to live including the public right of way.”

The city said they do give a 72-hour advance notice before they do cleanups in areas where there are people who are homeless. They're required to move temporarily while these cleanups happen.

Overall, the city is looking at cleaning up more than 60 locations throughout the city once a month.

Austin Public Works will be assessing the process for the next 90 days and come June they'll have a more defined schedule. The city has made it clear that addressing homelessness is its number one priority, but it's a very complex issue.

The plan is to go to as many locations they can over the next few weeks. The city has a contract with a vendor to perform these services.