The new shelter will be located off of Ben White Boulevard near the Southwood neighborhood. 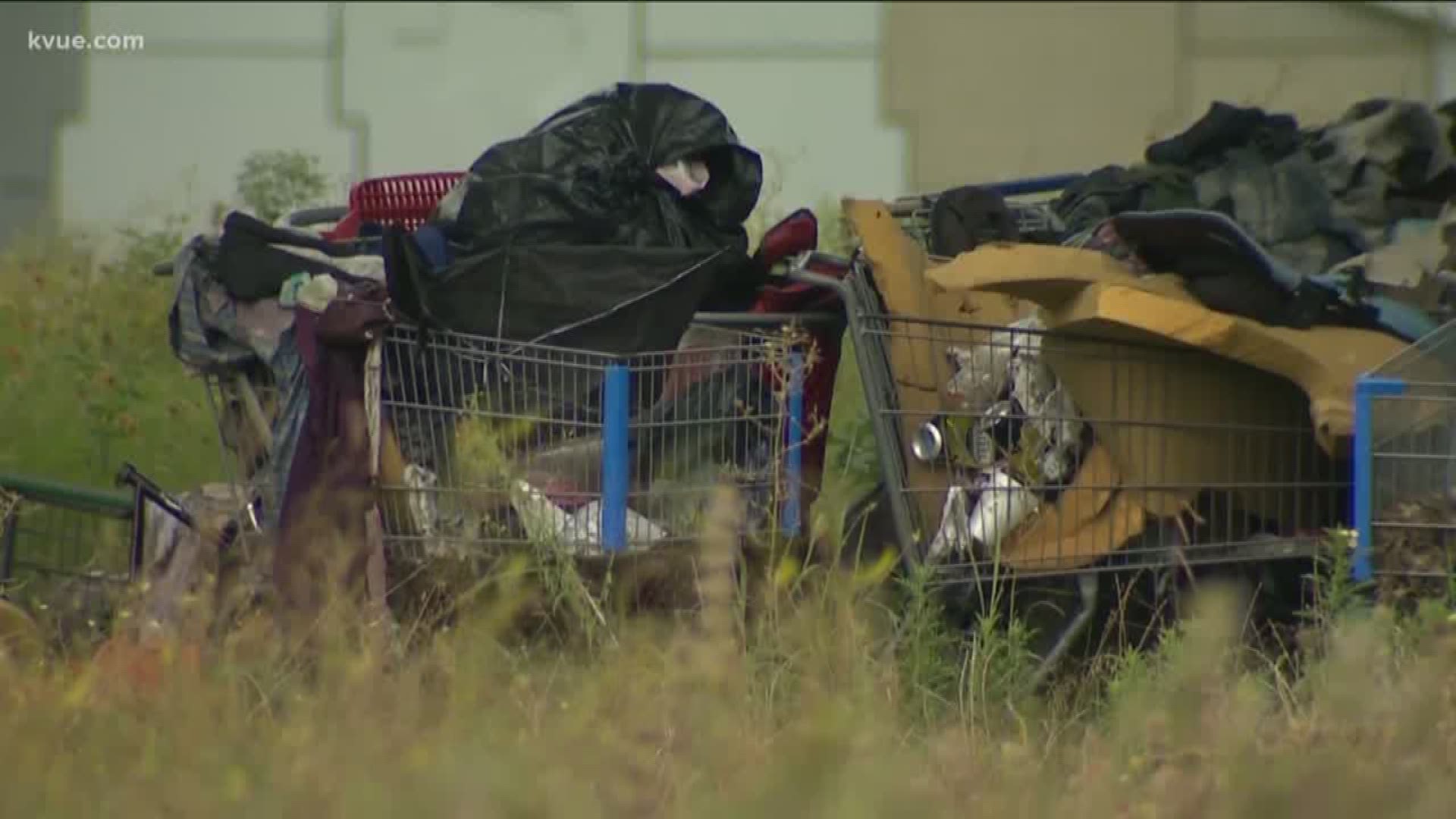 The Austin City Council unanimously approved the purchase of an $8.6 million building as a new homeless shelter in South Austin. The building will be located off Ben White Boulevard near the Southwood neighborhood.

Those opposed to the shelter coming to the area said it would only attract more homeless people and crime, whereas those in support of it said it's necessary in order to help Austin's growing homeless problem.

City leaders also discussed rolling back the rules that tell police how to deal with the homeless.

The council voted to loosen laws on the homeless population before 3 a.m. Friday morning. Now, police will only be able to ticket people who panhandle "aggressively" or block pathways while they camp.

The council rolled back the panhandling ordinance, "no sit, no lie" ordinance and the camping ordinance.

The city's no-solicitation ordinance, for example, is now a "no-aggressive confrontation" ordinance. That way it's not illegal to ask for money, only to confront someone in a threatening way.

In a press conference Friday afternoon, Austin Police Chief Brian Manley said the language of the changes to the ordinances establishes that conduct must be "hazardous" or "dangerous."

"The previous ordinances, the act of sitting and lying as defined in the ordinance or camping as defined by the ordinance, was the violation, regardless of if it was hazardous or dangerous," Chief Manley said. "So adding these elements to the requirements of these ordinances will make changes in that officers, if they respond to a call for service involving these ordinances or they come across this in their routine daily patrols, now will have to establish that the underlying conduct posed a hazard or a danger to someone before we can take any action."

"No longer will someone's perceived sense of their safety being impacted be enough," Chief Manley said. "We will have to go, officers, and establish that there is, in fact, a condition that we would be able to demonstrate in court was hazardous or dangerous."

Chief Manley pointed out that data the police department has pulled from the downtown community court and the municipal court said in 2018, there were just over 1,400 citations issued for all three violations across the entire year.

"We were seeing less than five [citations] a day involving these three ordinances, and there were very, very few arrests," Chief Manley said.

Chief Manley said a lot of the work that was being done under the previous versions of the ordinances was through voluntary compliance. He said APD worked with the Downtown Austin Alliance [DAA], going as far as to have officers working overtime walking the DAA's district to focus on some of the issues involving those experiencing homelessness.

Chief Manley said the data that APD received from the DAA showed that over a one-year period, officers made contact with over 8,000 individuals for one of the three violations and in 98% of those instances, the individuals voluntarily complied.

Chief Manley said under the new changes, homeless individuals still cannot camp in city parks or on private property, but they may be able to construct tents or encampments in areas they weren't allowed to before, so long as they are not doing anything hazardous, dangerous or blocking any thoroughfares.

Also under the changes, officers must first give a verbal warning to individuals in violation of the ordinances and give them a "reasonable" amount of time to comply. Chief Manley said, given that the conduct has to be hazardous or dangerous to be a violation in the first place, that amount of time will depend on what the conduct is but it may be that the individual has to stop what they're doing immediately.

There were hours of testimony at the city council meeting, mostly from people who supported the changes. They rallied outside City Hall, saying the old rules were cruel and ineffective.

Supporters of those old rules worry about what this change means for police enforcing them.

After the vote, council members said Austin still has a lot of work to do to help the city's growing homeless population.

The changes to these ordinances go into effect in 10 days. Chief Manley said APD is putting together a training bulletin for officers so they are fully aware of what the changes entail, and the department is looking at its policies to make sure they are compliant with the changes.

"We stand ready to accept the changes that were passed last night [Thursday] and change our operations accordingly," Chief Manley said.