Ahead of freezing temperatures and amid COVID-19, Austin adjusts cold weather shelter plan

In years past, churches have helped shelter people from the cold. But the City isn't using any of them this year because of COVID-19 concerns. 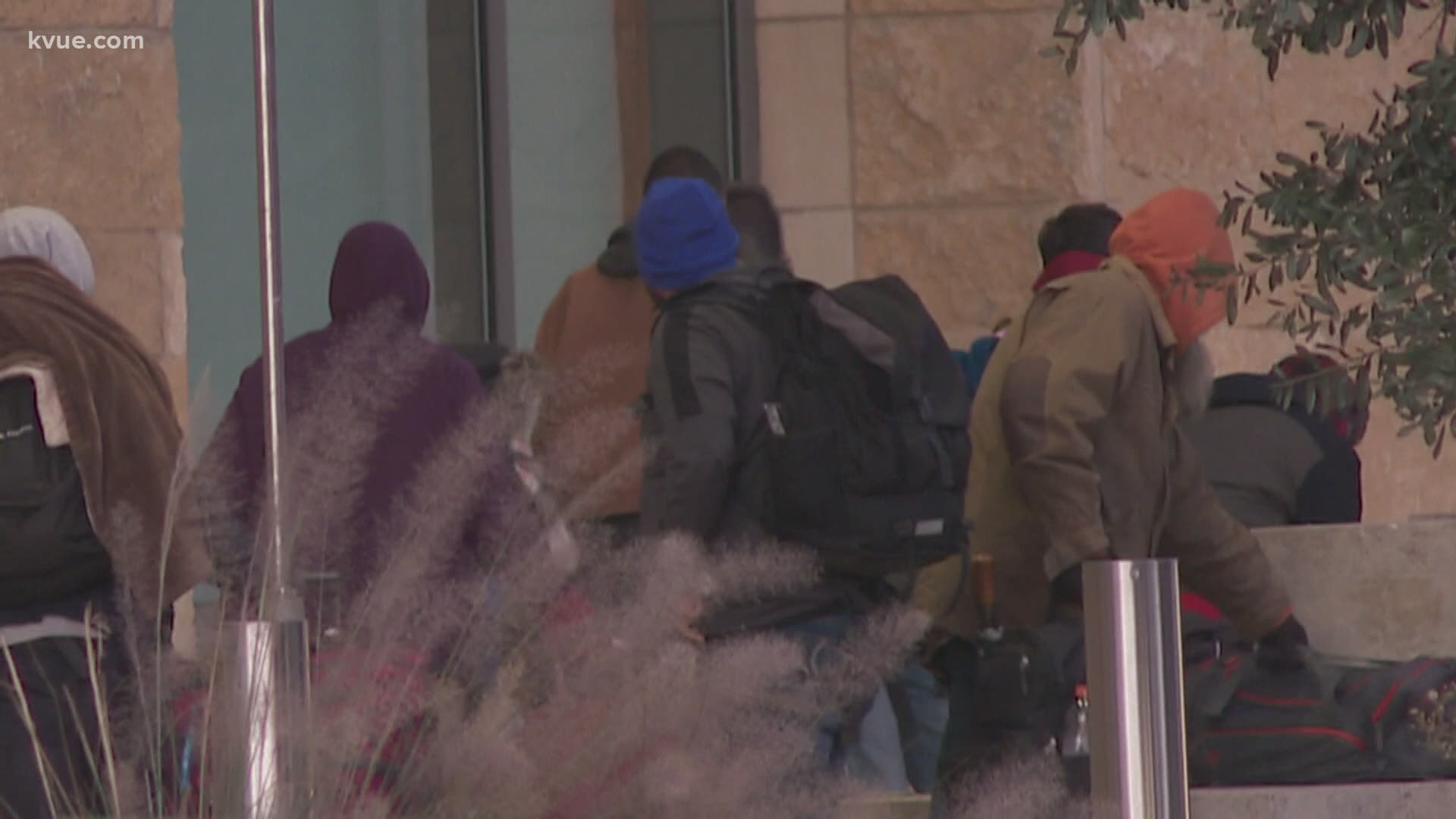 AUSTIN, Texas — As Austinites bundled up on the coldest day so far this fall, some sought shelter to escape the below-freezing temperatures expected Tuesday morning.

On Monday, the City of Austin activated its cold weather shelters. People in need of heat lined up outside Austin Central Library before getting registered and bused to a shelter.

"We're expecting lows between 25 and 30 [degrees], depending on where you are in the city," Bryce Bencivengo, the communications manager for the Office of Homeland Security and Emergency Management, told KVUE Monday night.

This year, the process works a bit differently. First, City staff will screen people for COVID-19 symptoms. Then, they'll move them – on Capital Metro buses where seating will be socially distanced – to City-owned recreational centers. No churches will be offering shelter this year.

"Traditionally, the churches supply volunteers that are a little more elderly and are at high risk for COVID-19 complications, so we didn't think it was a good idea to utilize them for that this year," Bencivengo said.

At the shelters, people will need to wear masks at all times except when they're sleeping, and beds will be kept six feet apart.

Heads up, #ATX! @austintexasgov has activated cold weather shelters as temperatures are expected to dip below freezing overnight. If you know someone who's in need of shelter from the cold, please pass this information along. @KVUE pic.twitter.com/SxGO1sw7Rn

Unlike when Austin received hurricane evacuees from the Texas coast earlier this year, the City will not be using hotel rooms as shelter space unless someone has COVID-19 symptoms. If a person has symptoms, they will be taken to the City's isolation hotel.

The City is worried, however, that fewer people will take advantage of the cold weather shelters this year because of COVID-19 concerns.

"We've been telling people not to congregate or gather with outside their household for eight and nine months, so we don't know how many people are going to utilize this service knowing that ... this is what we've been asking for them not to do," Bencivengo said.

In order to communicate with the City's homeless population about the cold weather shelters, service providers, first responders and partner organizations have been spreading the word. Some individuals who have cellphones provided by some of these service providers also received text messages.

On Monday night, the City provided shelter for 55 people.

As of Monday night, the City did not anticipate reopening the shelters Tuesday evening as the expected temperatures don't meet the City's criteria for activating them.