The Austin City Council met again to discuss what to do about the growing homelessness situation in Austin. 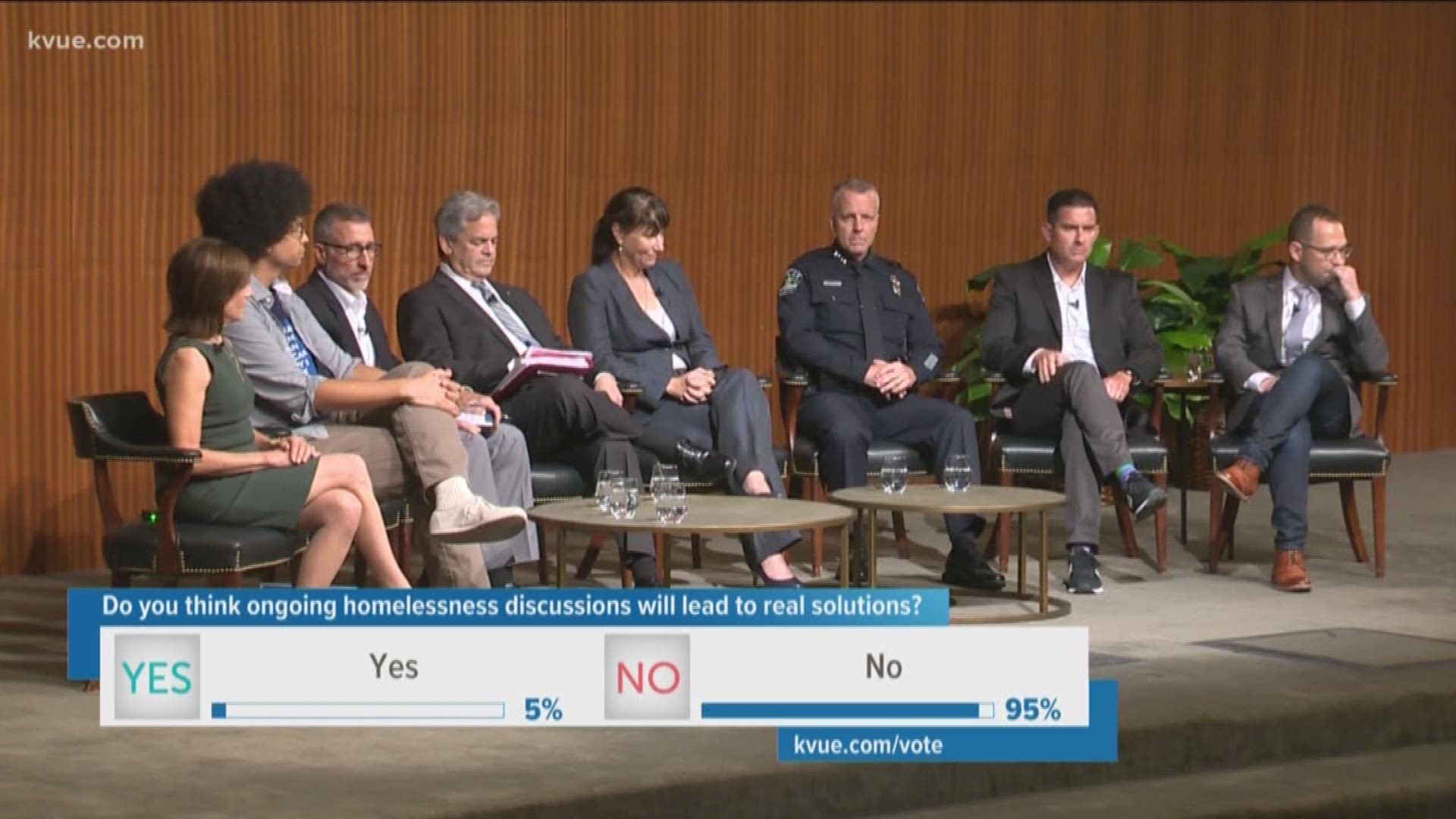 AUSTIN, Texas — The Austin City Council and other leaders met again in front of hundreds of people on Thursday to discuss the growth of homelessness in the city.

The council met earlier this summer and made several changes to the ordinances concerning homelessness. Mayor Steve Adler said he expects to hear from the city manager regarding his plans for addressing homelessness on Friday.

In July, a public forum hosted by the Downtown Austin Alliance specifically addressed the camping and sit or lie ordinances that went into effect at the beginning of July. There were an estimated 300 people in attendance at that meeting.

Some of the talking points included the expansion of homeless shelters in Austin and how the City is looking to place shelters in each council district.

Earlier this month, City leaders hosted a town hall to discuss the recent homeless ordinance changes and what's next for tackling the homelessness issues the City is facing. Leaders discussed the importance of expanding housing, addressing mental health and addiction issues and expanding public-private partnership. Over 700 people attended that meeting.

Although much was discussed at these previous meetings, citizens still have their concerns.

The third forum was held at Lady Bird Johnson Auditorium on the University of Texas campus.

Adler and Austin Police Chief Brian Manley were both in attendance, along with a number of other panelists.

"Just hearing what the perceptions are and what are the concerns of people is a really valuable thing because it helps us know what are the hot areas that we know we need to respond to," Adler said.

Housing was another hot topic at Thursday's forum. This time, panelists put more emphasis on what needs to be done while housing is being figured out.

Some called for emergency shelters, while other panelists put emphasis on the importance of the availability of wrap-around services.

People had mixed feelings leaving the meeting. Some left early out of frustration, while others said they were thankful for a chance to voice their concerns.

You can watch the entire forum here: