The resolution unanimously passed at the City Council meeting on Thursday. 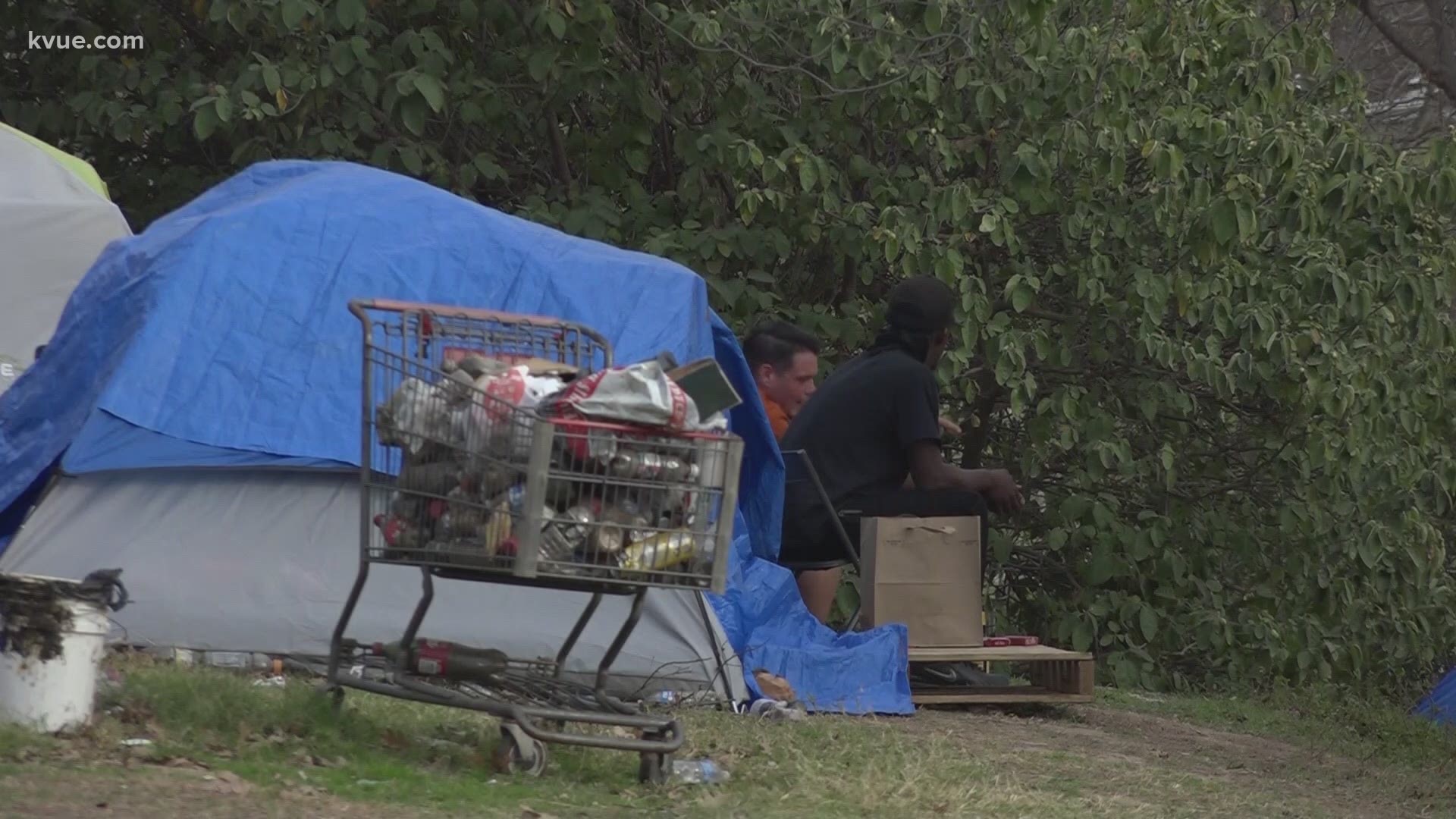 According to the agenda for Thursday's meeting, the item would direct City Manager Spencer Cronk to:

"We need to scale and accelerate getting people off our streets and out of tents. Utilizing sanctioned camping areas, previously rejected by the city staff, is now something that merits another look. While getting people into homes remains the best way to sustain success, we need to examine this option if our community will build out the actual housing necessary to ensure that this option is only temporary," Mayor Steve Adler said. "We still need to focus on building out the system necessary to meet the challenge of homelessness long term. That challenge is too big for the City to meet alone and will require the support of other governmental entities, businesses, philanthropists, clubs, and communities. I hope the Summit Plan, which proposes to house 3,000 people in three years, and begins to immediately start moving people out of tent encampments, will have the support of the community."

The resolution is sponsored by Councilmembers Kathie Tovo (District 9), Ann Kitchen (District 5), Alison Alter (District 10) and Pio Renteria (District 3), as well as Adler. Now that the resolution is approved, the city manager will need to report back to the council on best practices related to temporarily designated campsites no later than May 14.

.@MayorAdler notes that often times once you open a public camp ground, it's very hard to keep them temporary. "I think that now is the time...for the City to reconsider that."

The resolution states that the city manager should empower the homeless strategy officer to consult as needed with national experts to gain additional strategies and information related to designated campsites.

No later than June 1, the city manager would be required to present the council with a proposed schedule, estimated total costs, financial resources and possible community partners who could share expenses and potentially provide services at multiple designated campsites.

No later than July 1, Cronk would be required to "identify publicly-owned land or land within the city limits owned by other intergovernmental entities or willing community partners that could accommodate tiny home structures to serve as temporary housing" and provide estimated costs for individual units and supportive infrastructure.

The resolution also notes that it would not supplant the work of the HEAL initiative to connect people camping in four high-traffic areas to housing and services.

Read the resolution in full here.

"I believe most Austinites really want to be helpful in this regard. They care about their neighbors. They want to see their neighbors safely housed and secure permanent housing," Tovo told KVUE.

"Temporary, designated camping spaces are one way we can help mitigate the persistent safety risks for our unsheltered neighbors. This solution is not perfect – the ideal solution is more low-barrier and permanent supportive housing. Until that can be achieved – an effort I will continue to promote at every opportunity – I believe we must examine the viability of offering safer places to live temporarily until permanent housing is available," Tovo wrote.

RELATED: 'For a lot of people, it's going to be a nightmare' | Some of Austin's homeless population react to the camping ban

In an interview with KVUE on Monday, Adler also emphasized the need to provide "better places, more so a greater number of places for people to be" now that the camping ban will go back into effect on May 11.

This resolution addresses some of the issues people experiencing homelessness are facing in the wake of the ban's reinstatement. Several unhoused individuals told KVUE that access to infrastructures like water and electricity is why they live closer to the city. They said without those things – which they are likely to lose access to as the camping ban is reinstated in the downtown area – they feel like they won't survive.

WATCH: Austin voters passed Prop B. What happens next?