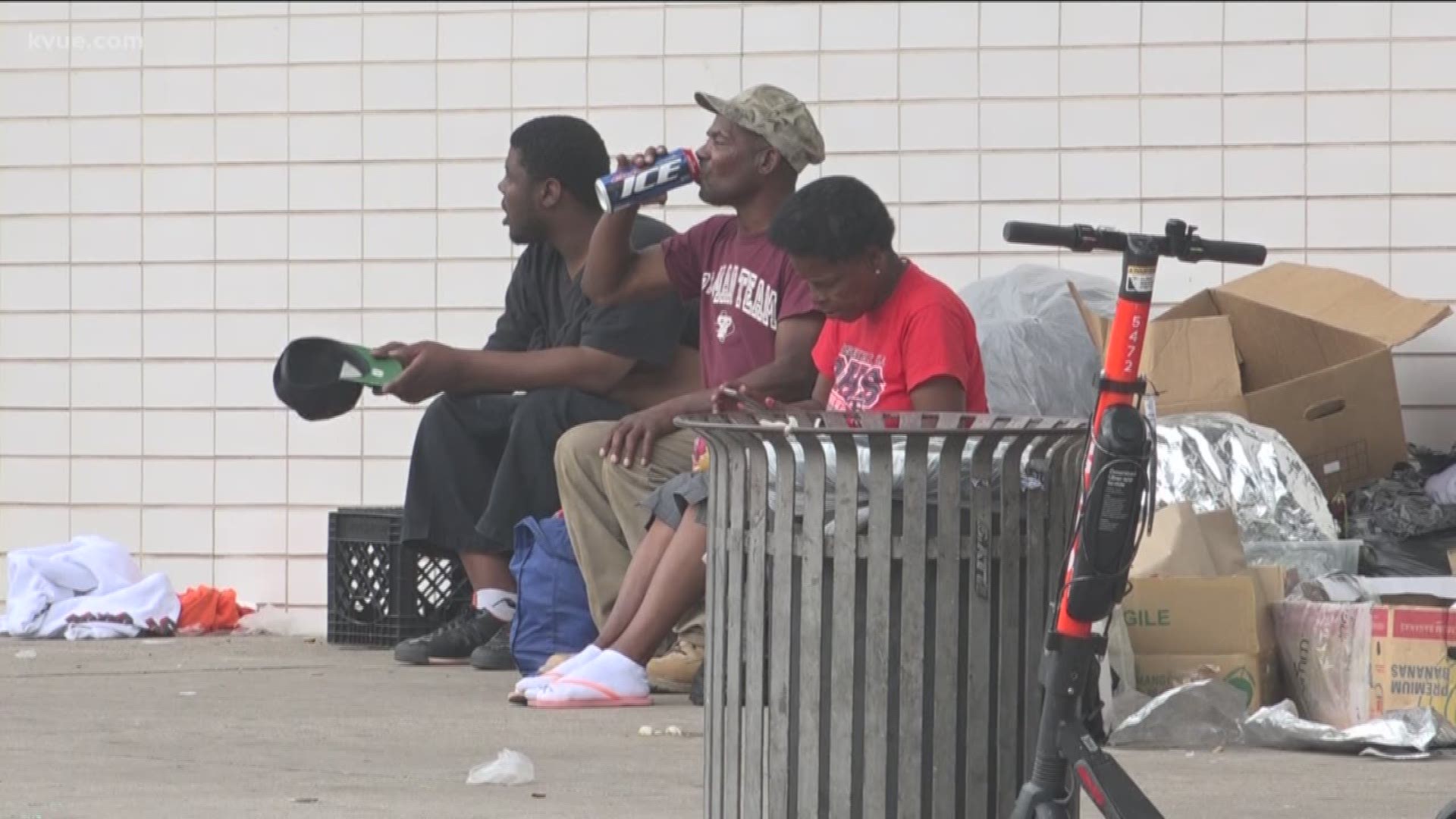 AUSTIN, Texas — The City of Austin's new homeless ordinances are leading to a lot of complaints to Austin 311.

City leaders eased rules for camping, sitting and lying back in June – and KVUE learned Friday that between June 20 and Aug. 29, Austin 311 has received 919 complaints about homeless people in Austin.

Of those, 659 were service requests and 260 were feedback calls.

During that same time frame in 2018, Austin 311 received 164 calls about the city's homeless population.

Friday morning, the Austin City Manager’s Office released a memo calling for limits on homeless camping, sitting and lying in areas with high car and pedestrian traffic, as well as areas with a high risk of flooding.

Earlier this week, University of Texas Police Chief David Carter requested the city ban camping, sitting and lying on “The Drag” and West Campus – but the city manager's memo did not specify those areas.

Also earlier this week, the Austin City Council and other leaders met again at a public forum to discuss the growth of homelessness in the city. KVUE spoke with people leaving the meeting, who had mixed feelings. Some were frustrated, while others were thankful to have their voices heard.