If no improvements are made, Gov. Abbott said he will direct State agencies to provide for the public health and safety of Austin's residents. 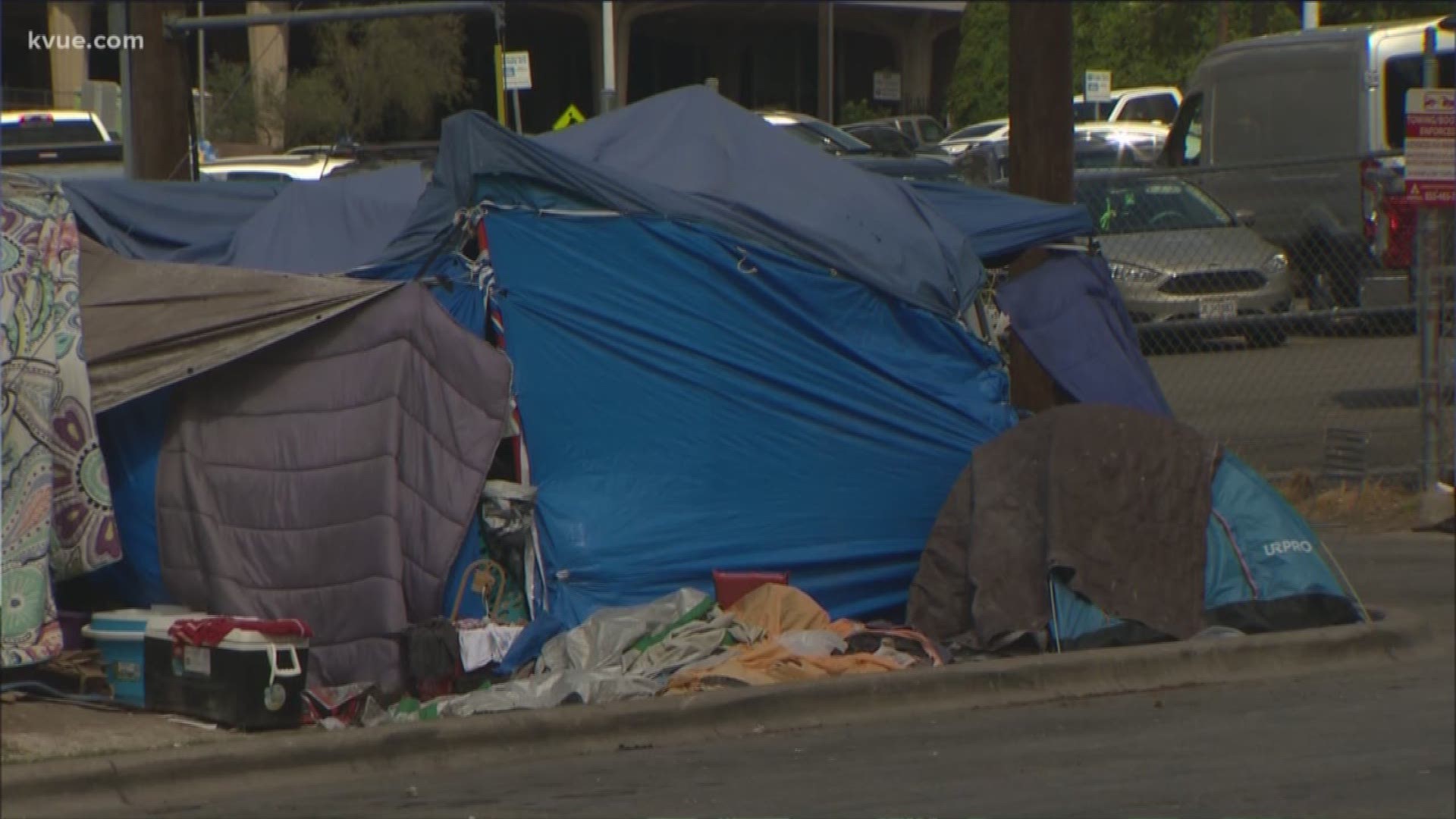 The Texas governor posted on Twitter Sunday, urging the public to continue sharing safety threats caused by the homeless. Abbott added that he's "working on a plan to clean this up."

This comes after he sent a letter to Adler demanding changes to the City's homeless ordinances following recent reports of violence and littering on the streets of Austin.

Austin's current homeless ordinances allow the homeless in the Austin area to camp, sit and lie in certain public spaces.

If no improvements are made by Nov. 1, Gov. Abbott said in the letter he will direct State agencies to provide for the public health and safety of Austin's residents.

On Monday, U.S. Rep. Chip Roy wrote a letter to Adler as well, listing the problems he has with the new policy.

Gov. Abbott laid out strategies that can be used to protect against threats to the public, including:

The full letter to Adler can be viewed online.

During a press conference Wednesday afternoon, Mayor Adler said he read the letter as an offer of assistance.

Adler said he disagreed with some of what was in the letter, saying there isn't a significantly larger amount of homeless people than there were in May, they are just more visible now.

Adler said instead of threatening the homeless with tickets and arrests, the City should be helping them get off the streets. He said there will be a staff group meeting weekly with the new strategy officers that will help make sure that people are being helped off the streets and that the laws are being enforced.

Adler invited Gov. Abbott to have someone from his office attend these meetings to see firsthand the efforts the City is making. Adler repeatedly said that he would welcome assistance from the State.

"This is a community right now that is locked on the goal of ending homeless," Adler said. "It would be easier, it would happen more rapidly, if we had the state's support."

"I think we all would appreciate the State – and the feds – stepping up to the plate to provide necessary levels of funding to all Texas cities that are grappling with the challenges of homelessness. He is the governor, after all, and the welfare and health of all who live in this state are his responsibility."

“In the last few months, our city has opened homeless shelters, closed tax loopholes — and we’ve stopped pretending jail is an effective solution to homelessness. We’ve stopped hiding homelessness and because of that, we’re doing more than ever to solve it. If you ask Austin’s main homelessness service provider, we helped more people experiencing homelessness last month than in any other month in memory. But the Governor is choosing not to help, and instead is threatening martial-law-style interventions, in a move right out of the Trump playbook. Should Houston and Dallas — who have more people experiencing homelessness than Austin — also worry about the Governor sending in the state troopers? Should they also be worried about being sued by the attorney general? Instead of threats, I hope the Governor actually steps up and helps. This coming year, the State of Texas is spending a paltry $660,000 on helping with homelessness in Austin — less than one-tenth of what local Austin taxpayers are spending to address these challenges. Austin is done running away from homelessness. The state government could help, instead of continuing to fail us.”