He spent more than 20 years living on Austin's streets. Now, he's thanking the officer who ticketed him and the community court that got him a case manager. 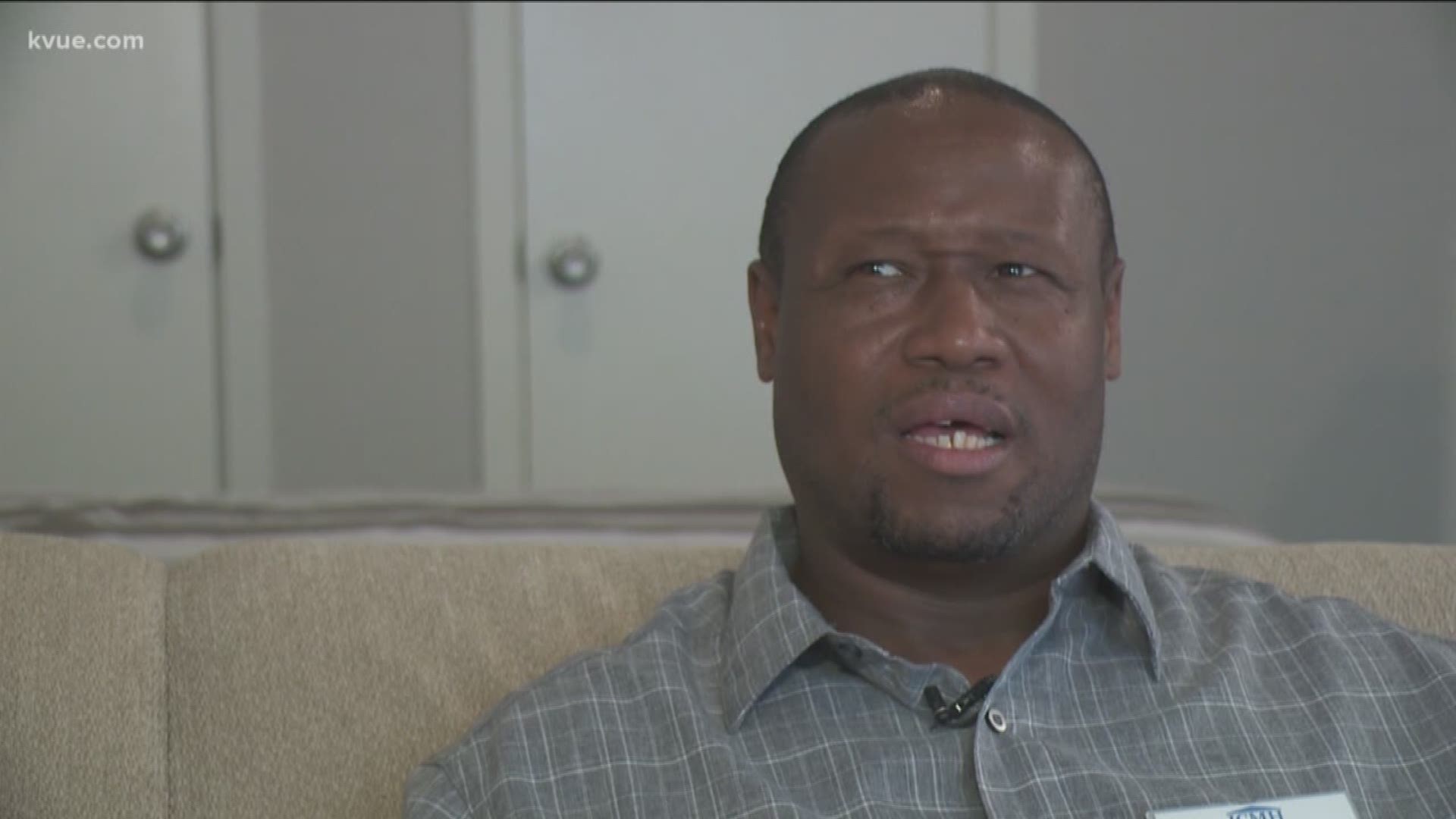 AUSTIN, Texas — Frederick Hawkins has a vision board sitting on the island in his apartment.

"There's so many reasons to smile for today," Hawkins said, pointing to one of the quotes that inspires him.

Hawkins' life used to look a lot different from the life he envisions on the board.

"It was something that I wouldn't wish on my own enemy," he said.

Hawkins said he spent 23 years living on the streets in Austin.

He said he got his fair share of tickets from police officers.

"I think it was for paraphernalia," he said, smiling as he remembered the ticket that sent him through the Downtown Austin Community Court's doors.

Most people probably wouldn't smile thinking about a ticket they got. But Hawkins said that ticket turned his life around.

"That day, that time, that occurrence, that officer was doing me an actual favor that I couldn’t see in my own life," Hawkins said.

Robert Kingham is the operations manager at the Downtown Austin Community Court.

"We are a front door and service provider for individuals experiencing homelessness," Kingham said.

He said the court tried to offer people options other than paying a fine.

"So, linking them up with our intensive case management services to complete activities to help them transition from homelessness to housing," Kingham said.

Kingham said between January of 2016 and May of 2019, the community court-connected 140 people to housing.

Hawkins is an example of that.

He still meets with his caseworker to make sure he stays on track. Hawkins is also training to become a mentor so he can help other homeless people get off the streets.