Home Run Dugout is like a batting cage without the cage. And now you can try it out any time you go to a Round Rock Express game. 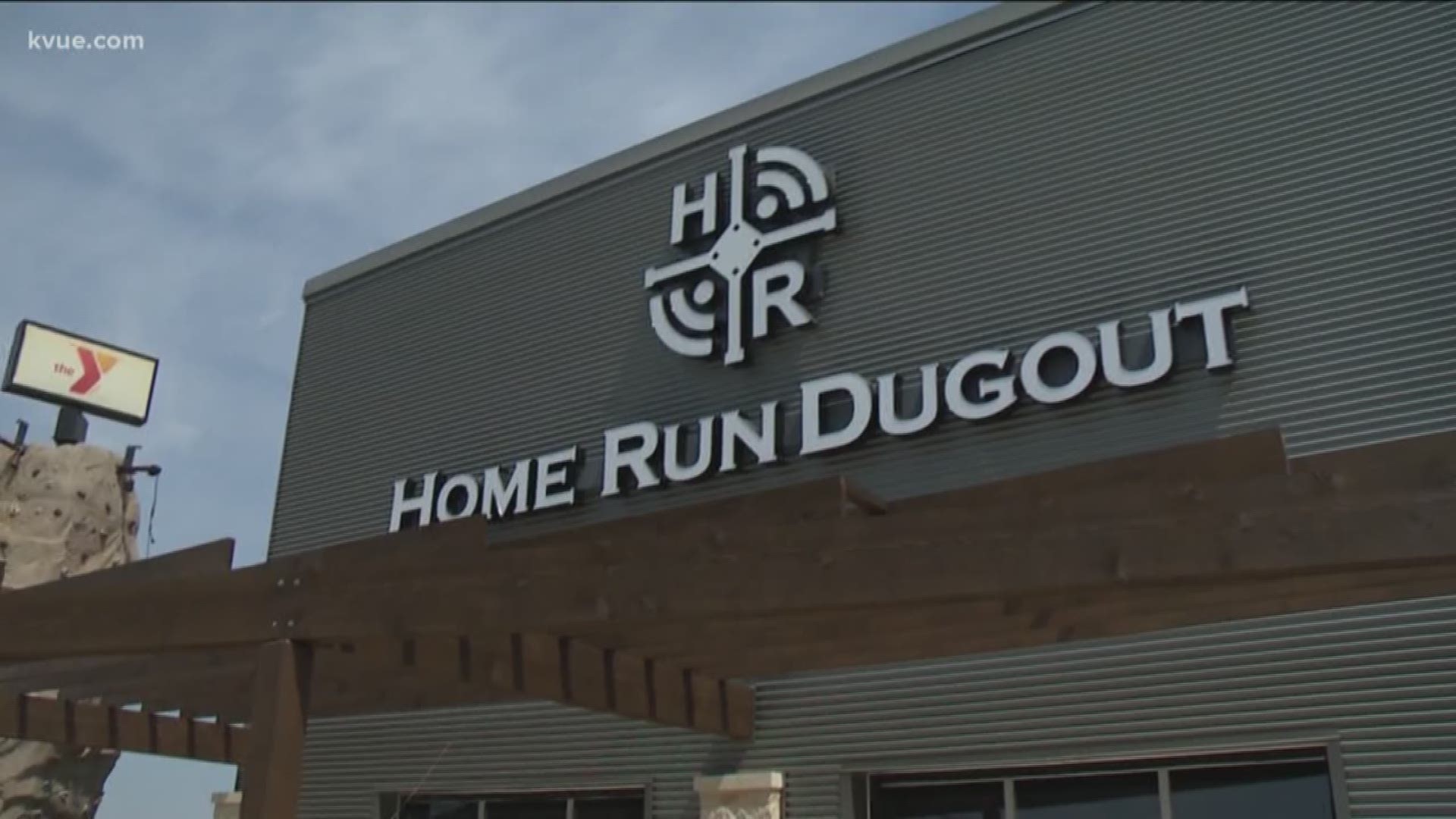 AUSTIN, Texas — Fans of Major League Baseball tried their best to stay focused at work Thursday, while still keeping up with the action. The MLB season has officially started.

But there's also another form of baseball entertainment here in Central Texas.

Home Run Dugout is a type of entertainment system that allows people to take real-life swings at baseballs, in a setting similar to Top Golf. Your skill level doesn't matter when there's also food, music and drinks to pair with the experience.

The idea came from Tyler Bambrick and Nick Hermandorfer, back when they went to the McCombs School of Business at the University of Texas. Once just a concept in their Dripping Springs garage, it eventually made its way to a warehouse where their first prototype was showcased.

Now, the system has been built right outside right field at Dell Diamond, the baseball stadium where the Round Rock Express play.

"We finally got our investor, friends and family on board," Bambrick said. "You can have it on game days and non-game days. There are so many days outside of that baseball schedule that you can host really cool events at a stadium with a great view and a great atmosphere."

From the time of their prototype to where it is today, Bambrick said there's one main component that has improved.

"The technology is the biggest thing where now we're able to pitch to different parts of the strike zone," Bambrick said. "You can pick any stadium you'd like to hit in, and then you can see your exit velocity, launch angle and there's different games associated with this experience."

RELATED: Reid Ryan to be inducted into Round Rock Express Hall of Fame

There are currently two bays at Home Run Dugout that can be adjusted to your baseball skill level. You're able to pick any MLB baseball stadium to play at as well – all while there is still a clear view of the Dell Diamond field from the venue.

"We are creating an experience around baseball for people of all skill levels," Bambrick said. "You don't have to stand in front of an intimidating pitch. You don't have to put on a sweaty helmet."

There's also a screen outside the part of the bay where someone will swing where the people watching can adjust where the ball will pop up.

"It's not just the batter who's involved," Hermandorfer said. "It's also the friends who are here at the bar participating."

The season for the Round Rock Express starts April 9. And fans can book time at Home Run Dugout at hrdugout.com.