Dozens gathered at the former Texas Blind, Death & Orphan School for Colored Youth Saturday as the City of Austin commemorated its rich history. 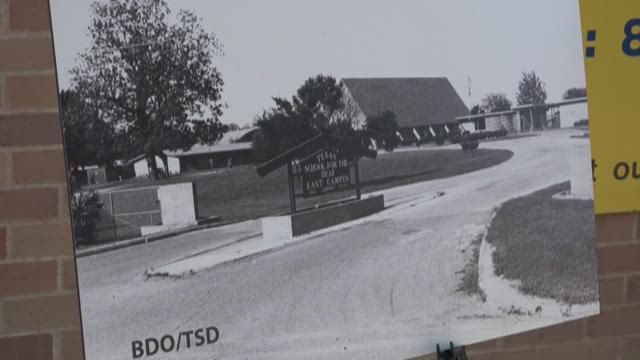 Dozens gathered at the former Texas Blind, Death & Orphan School for Colored Youth Saturday as the City of Austin commemorated its rich history.

A historic plaque was placed at the former site of the school off Leavander Loop in southeast Austin.

The plaque showcases the school's rich history. Originally established in 1887 on Bull Creek Road, the school moved to its southeast Austin location in 1961 and was desegregated four years later. Then it became the East Campus School for the Deaf until it moved to its current location in the late 1980s.

About 15 years ago, the City of Austin bought the land the southeast campus sat on and demolished some of its buildings, eventually building the Austin Animal Center there.

Austin Public Health officials estimate 1,200 students attended the school over the years. KVUE spoke to some of them about what Saturday's ceremony meant to them.

"I'm very excited and when they unveiled the plaque, that was just really a great history to remember and I'll always remember forever," former student Robert Smith said.

"I'm really grateful and you know it's a blessing," former student John Garrett said. "Friends coming together you know, it feels great. I can't put into words the joy I feel and what I feel inside."

The ceremony was arranged by Austin Public Health whose staff said they've been working to put a plaque up for some time.