Latinas in law enforcement: The stories behind the Texas women keeping our communities safe 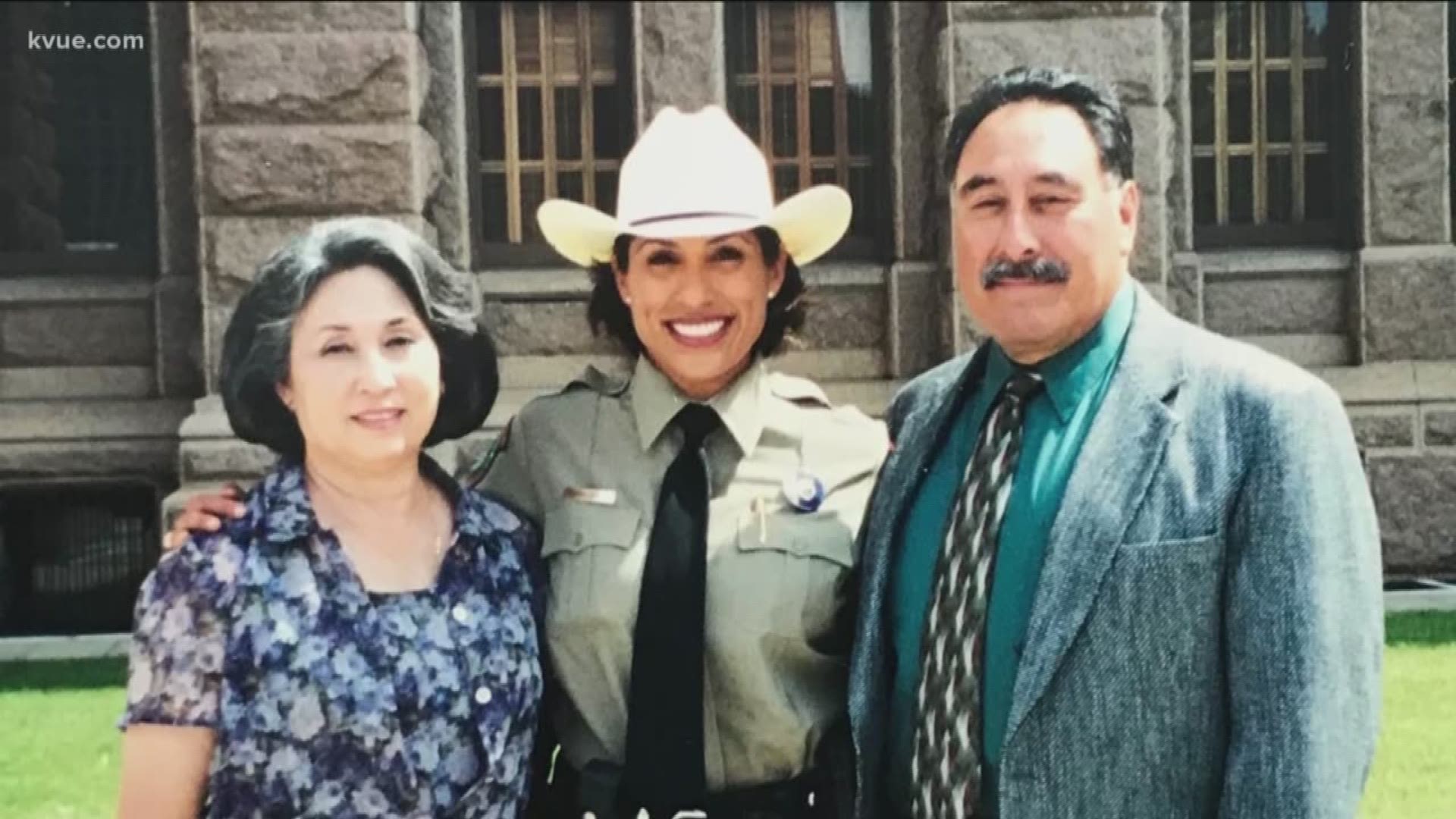 AUSTIN — In observance of Hispanic Heritage Month, KVUE is honoring the outstanding communities members who proudly embrace their culture, as well as the brave Latina women in law enforcement working to keep Central Texas safe.

Texas DPS Sergeant Janell Roy oversees three counties -- Burnet, Llano and Blanco -- and supervises 14 troopers. Being a leader and having a desire to help others isn't just part of her job, it's in her DNA.

"I have two brothers that were prior military. My father was a prior NYPD officer, where I was born. We then moved to Houston where he became a Harris County PD officer," shared Sgt. Roy. "I knew I wanted to do the same thing too, to make a difference, and make a difference for individuals out on the road."

Roy is half black and half Puerto Rican. Roy said that at a young age her parents made sure she knew the importance of remaining true to yourself and to your roots.

"That was a big culture thing for us -- was knowing who you are and standing your ground," said Roy. "The biggest person that instilled the culture value in me would be my mother. My mother reminded me every day who I was everyday and who we stood for."

Whether it's navigating through the rivers, lakes, prairies, or deserts of Texas, Joann Garza-Mayberry is proud to call the great outdoors her office as a Texas Parks & Wildlife Game Warden, 4.

"There's really no greater job than that!" said Garza-Mayberry. "We have the privilege of enforcing the laws of conserving our natural resources and protecting our wildlife in the great state of Texas."

She shared that she proudly embraces all the cultures associated with her roots: Spanish, Native American and Mexican and that by doing so, it's helped her grow in her profession.

"With the Hispanic culture, we have a rich sense of community, and so, it enables me to be a stronger officer," she said. "The colorfulness of it, the food, the music, the dancing, it's just a beautiful culture that I embrace."

Garza-Mayberry has two children at home: a boy and a girl, who she said she plans to continue to teach Spanish. She shared that as a child, she learned the importance of family, hard work and keeping her heritage alive.

"I am the daughter of a migrant farm worker, and my father had to drop out of school at a very early age to support his family, so in his upbringing with my sisters and I, we learned the value of hard work and dedication and sacrifice. It taught us that we can do anything that we're dedicated to do."

In Austin, officer Chasity Salazar keeps a close eye over the city streets as an Austin police patrol officer.

"I answer calls for service, but sometimes we just stop to say 'hi' and check in with people!" said Officer Salazar. "I love interacting. That's part of the reason I wanted to do it."

Before the uniform, Salazar began as a social worker for seven years, assisting with on-scene victims' counseling. She would work side-by-side with local police and realized that was the next goal she wanted to pursue. Salazar shared that having a close connection with her Hispanic heritage has helped her grow as an officer and to embrace other cultures as well.

"My favorite part about my culture is that it encompasses so many cultures," said Salazar. "We have officers that are Cuban, Dominican, Mexican, Guatemalan -- all of those things... I just like that I can identify with so many people on a different level, and we can just celebrate our mixed heritage together."

Salazar said her call to help others was highly influenced by members of her family.

"My dad's a very hard worker. He's a truck driver, and so my entire life he's just worked to make sure I could do all the things that I wanted. I did seven years as a social worker. I went through a lot of school to do that... So when I became a cop, he was like 'all that school, to become a cop?' But he knew that in my heart that I wanted to help people, and that comes from my background too," said Salazar. "My grandmother had 14 children. She raised all of them on her own and kind of with each other, so that influenced the woman that I am now."

All her life, she's also looked up to another Latina known for making waves in her work: Selena Quintanilla-Pérez.

"Obviously her music is great. I grew up listening to her music, but she was a woman that joined into a field that was male-dominated," said Salazar. "I'm a cop so you wouldn't really identify the two things, but it does because it's a male-dominated field. It's nice to see other women doing things in their fields that are similar."

All three interviews shared they hope to see more minority women join law enforcement, whatever branch that might be, and also had some words of advice for today's young Latinas:

"As long as women stay motivated and have the drive, stay positive and maintain, stand their ground. Know what you stand for, know your values and never allow someone to take that away from you," said Sgt. Roy.

"I would tell younger Latinas to embrace where they came from, and never forget that, and to use that to enhance their very bright futures," said Garza-Mayberry.

"I love seeing little girls and knowing that they see me, and they're like 'she looks like me! We're the same!' So I enjoy having those interactions," said Salazar. "I would just say keep working hard. Stay in school. Keep following your passion. Don't let any situation or any dynamic of society tell you that you can't do this. It is a male-dominated field, but there are plenty of women doing it. So just stick with your plan."