ATCEMS first tweeted about the incident around 9:30 a.m. Sunday. 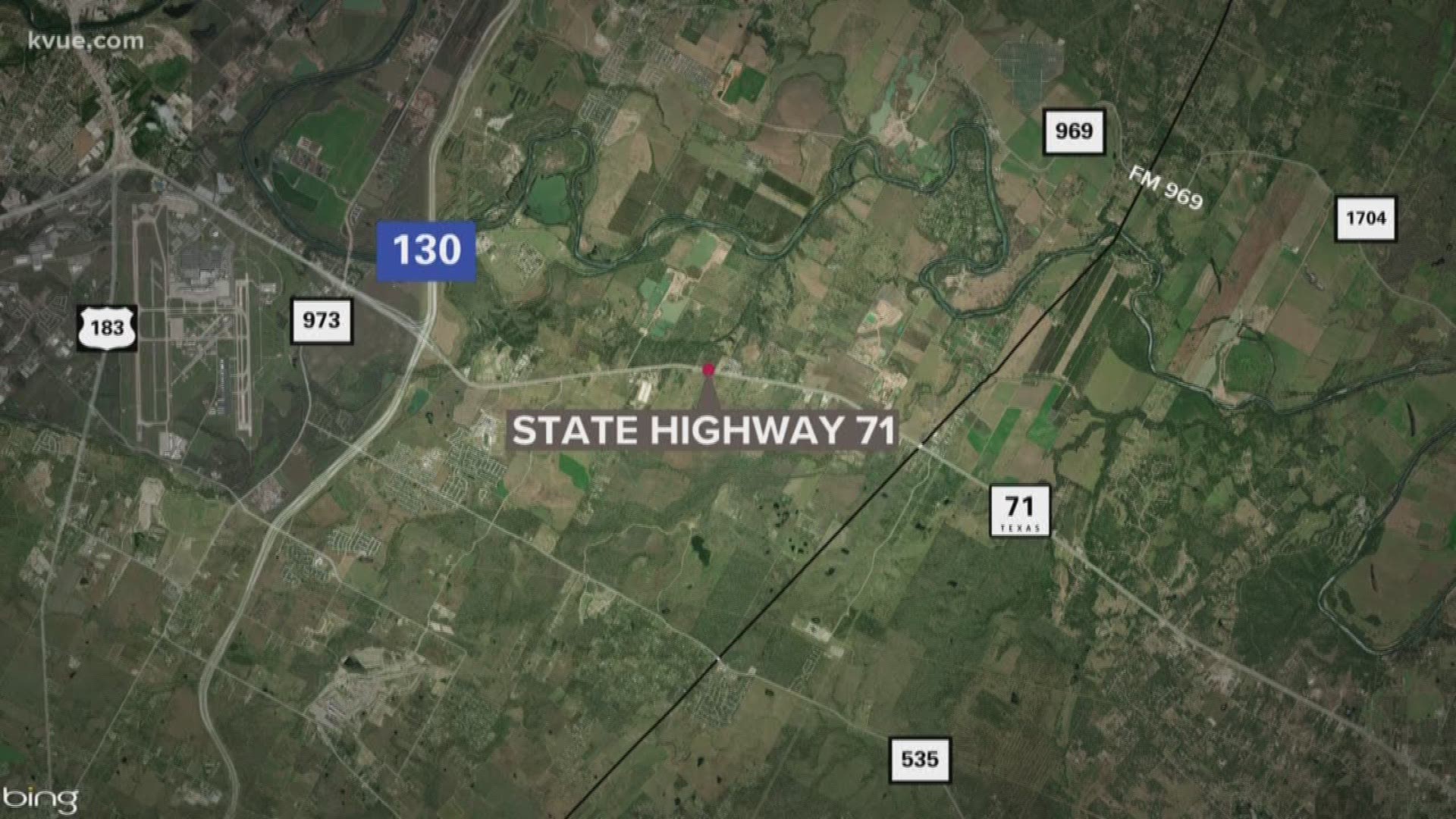 AUSTIN, Texas — Two people are dead and another is being transported to a hospital with serious injuries after a crash on Highway 71 Sunday morning.

Austin-Travis County EMS said around 9:30 a.m. Sunday that medics, fire crews and STAR Flight were responding to a vehicle rescue in the 5000 block of East Highway 71 westbound, near Richards Drive. ATCEMS said first responders on the scene were reporting a two-vehicle crash, with one person pinned in a vehicle and one person undergoing CPR

Ten minutes later, ATCEMS said that the person pinned in the vehicle had been extricated and was being prepped for transport to a local hospital. CPR was still in progress on the other patient.

At 9:45 a.m., ATCEMS said that there were three total patients and that two, an adult man and an adult woman, had been pronounced dead on the scene. The third patient, a man in his 20s, is being transported by STAR Flight to Dell Seton Medical Center. ATCEMS said he has serious, potentially life-threatening injuries.

Westbound Highway 71 was closed at Richards Drive for about three hours Sunday morning as crews worked the scene. As of just before 2 p.m., TxDOT Austin tweeted that the road had reopened.