When you think about a high school aerospace engineering class, you may think of model planes or rockets, but high school students in Georgetown are building the real deal. 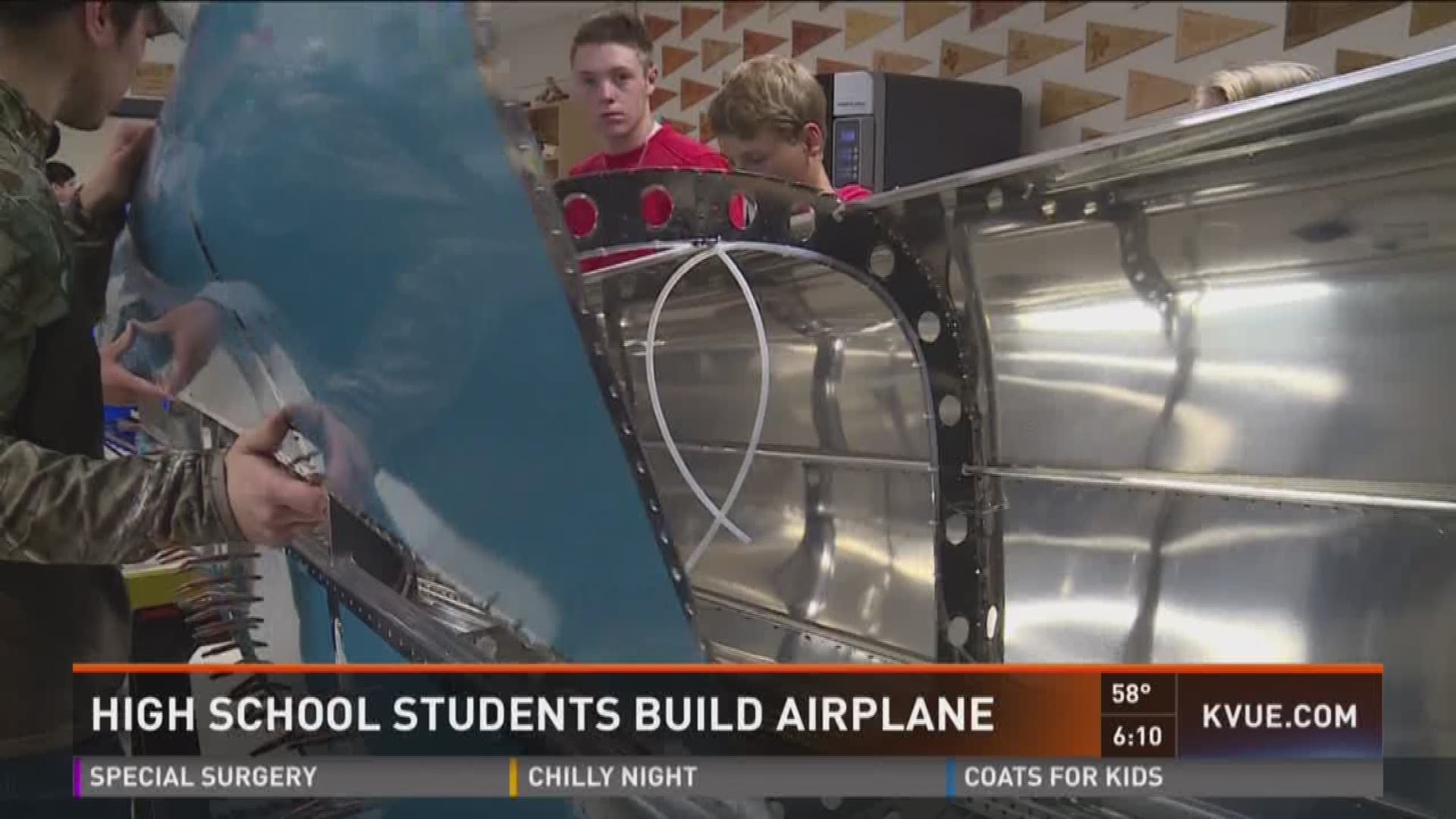 When you think about a high school aerospace engineering class, you may think of model planes or rockets, but high school students in Georgetown are building the real deal.

Dan Weyant teaches Aerospace Engineering at the Career and Technical Education Center. This is the first year for the dual college and high school credit course.

"With STEM we have the flexibility to do more project-based stuff and hands on and show where you're going to use the algebra, the geometry and science,” said Weyant.

"I think it's really cool, I’m excited I hope we get to fly it,” said junior Aidan Guidici.

The class was tough to get into and is made up of 24 students, 12 from East View High School and 12 from Georgetown High School.

The district teamed up with the non-profit Tango Flight, Project Lead the Way and the city to create the program.

"You learned all the math problems but now we're actually getting to use our skills and build something,” said Schiaffo.

"I see the dropout rate with engineers hovers at right about 50 percent and has forever,” said Weyant.

Many of these students already know they want to fly into the aviation field.

"I want to be a pilot when I grow up and my dad was in the Air Force and worked on planes and my grandpa used to work on planes with his dad,” said Schiaffo.

Deene Ogden is a retired engineer and former flight instructor. He enjoys helping out.

"Our goal was to have two mentors here every build day and we usually have three and four, and we're booked out like two months,” said Weyant.

"It’s a real flying airplane and that sinks in,” said Ogden.

With the plane set to go at 130 miles an hour, and students wanting to hop in that pilot seat, Guidici said they're paying attention to every detail.

"We’re all a little bit nervous because we're the ones building it, but I do think that's making us be extra cautious,” said Guidici.

The local nonprofit Tango Flight is already working to raise money to offer the class again next year.They still need to raise $40,000. You can donate here.