The Austin City Council approved a measure in May that closed some roads except for local traffic, and not all residents are in favor of the changes. 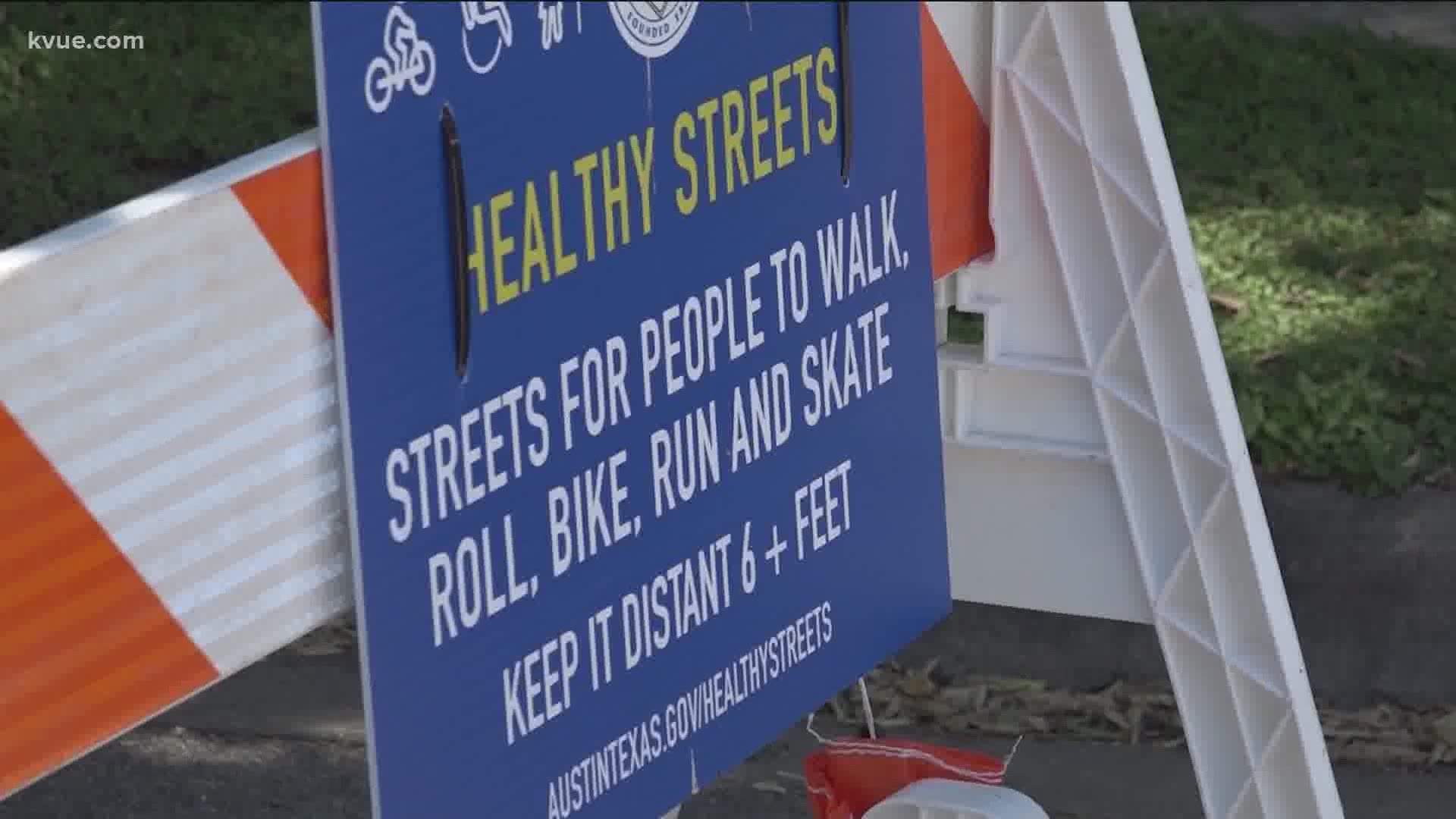 AUSTIN, Texas — A few streets in Austin are now filled with barriers as a way of providing more outdoor space for physical distancing during the coronavirus pandemic.

The roads are blocked off except for local traffic, and signage encourages things like biking, walking or skating.

It’s the result of a May city council resolution that created the closed-off streets, which “discourage automobile through-traffic while still allowing local automobile movement.”

“I drive this street every single day,” said Jeannette Valdez, a lifelong East Austin resident. “For a lot of the people that were born and raised in this neighborhood, they didn't even know what these barricades were for.”

Valdez claims the barricades showed up unexpectedly and without any community engagement from the City.

According to the resolution the council approved, the first batch of "Healthy Streets" needed to be installed within two weeks of the resolution’s passage.

“They didn't give us a window. We would normally like to engage the community and solicit feedback,” said Anna Martin, assistant director for the Austin Transportation Department. “As we look forward to a second or third batch of Healthy Streets, we're going to give ourselves much more time for community engagement.”

Valdez started a petition to get rid of the Healthy Streets – but the transportation department said it has received a lot of positive feedback from the community.

The department is also allowing the community to suggest new streets and provide feedback on the current ones.

According to the city, these are the current Healthy Streets:

“Our parents always taught us not to play in the streets, not to jaywalk, not to ride your bike in the middle of the street, especially the scooters, and to use the sidewalks,” Valdez said. “I'm hoping that these barricades will be removed and that they put bike lanes for the bikers and scooters so that they can ride. They have them all over Austin. We as taxpayers are paying for that already.”