'He shouldn't be here.' Wife of man killed in motorcycle crash pleads for safety

Danny Hankins was just one of hundreds of motorcycle riders killed on Texas roads last year. 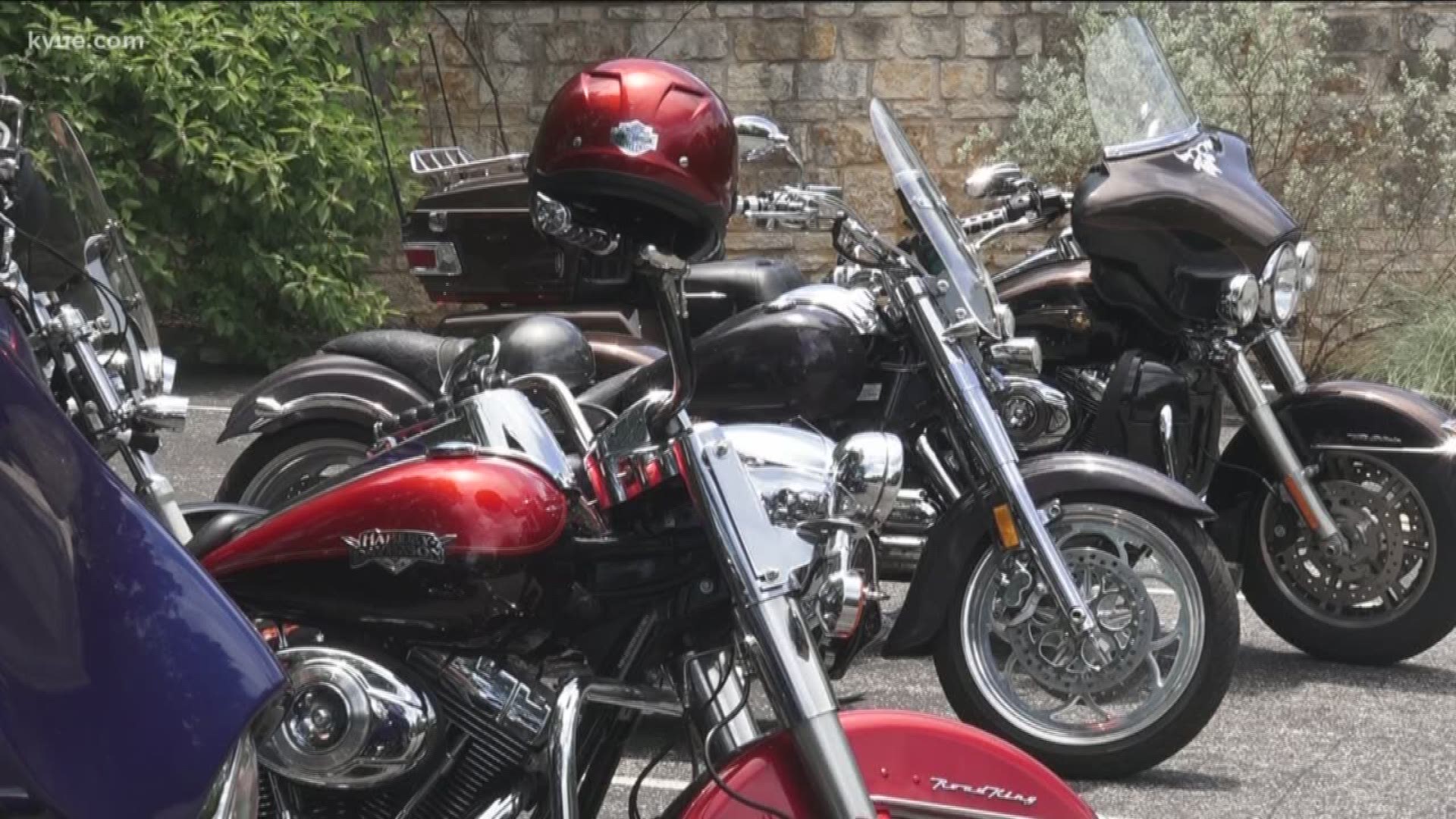 AUSTIN, Texas — More than 400 motorcyclists died on Texas roads last year, and with a big biker rally coming to Austin just a few weeks from now, a grieving wife is using tragedy as a learning experience.

"He shouldn't be here," said Aleisha Hankins, as she pointed at the spot where her husband was laid to rest.

"I had to tell our kids that he was in an accident and he wasn't going to come home," she said as tears ran down her cheeks.

His name was Danny Hankins and he was a father of five children.

On Sept. 23, Aleisha got the devastating news that Danny had been killed by another driver.

He was hit just before midnight near the intersection of Palmera Ridge Boulevard and Ronald W. Reagan Boulevard in Leander.

The driver of the truck left the scene.

Danny was one of 417 motorcyclists killed last year on Texas roads.

According to the Texas Department of Transportation, almost 2,000 people were injured in 2018, in a total of close to 8,000 crashes.

"Riding is a way of life for most of my friends," Aleisha said. "When people don't pay attention, they're distracted."

Among those at the gravesite were Danny's biker friends, the Wind Therapy Freedom Riders (WTFrs).

"You can look down for one second and then the next you can end someone's life," Rodriguez said.

That's why TxDOT is urging drivers to look twice for motorcycle riders, check blind spots before switching lanes, always keep a distance, and slow down when being around them.

"We lost a brother, a husband and a father," Rodriguez said. "You lose a lot when someone leaves this earth for something needless like a motorcycle accident."

This tragedy is a loss Aleisha now has to live with every single day. She hopes her husband's death can prevent another accident from happening.

"I want to make sure we get home to our kids and families," she said.

Thousands of bikers will be coming to Central Texas for the weekend of June 13. TxDoT is asking drivers to be extra cautious when traveling alongside motorcycle riders.

Showers and storms return this week to Central Texas