The women say they remain "deeply devoted" to their faith. 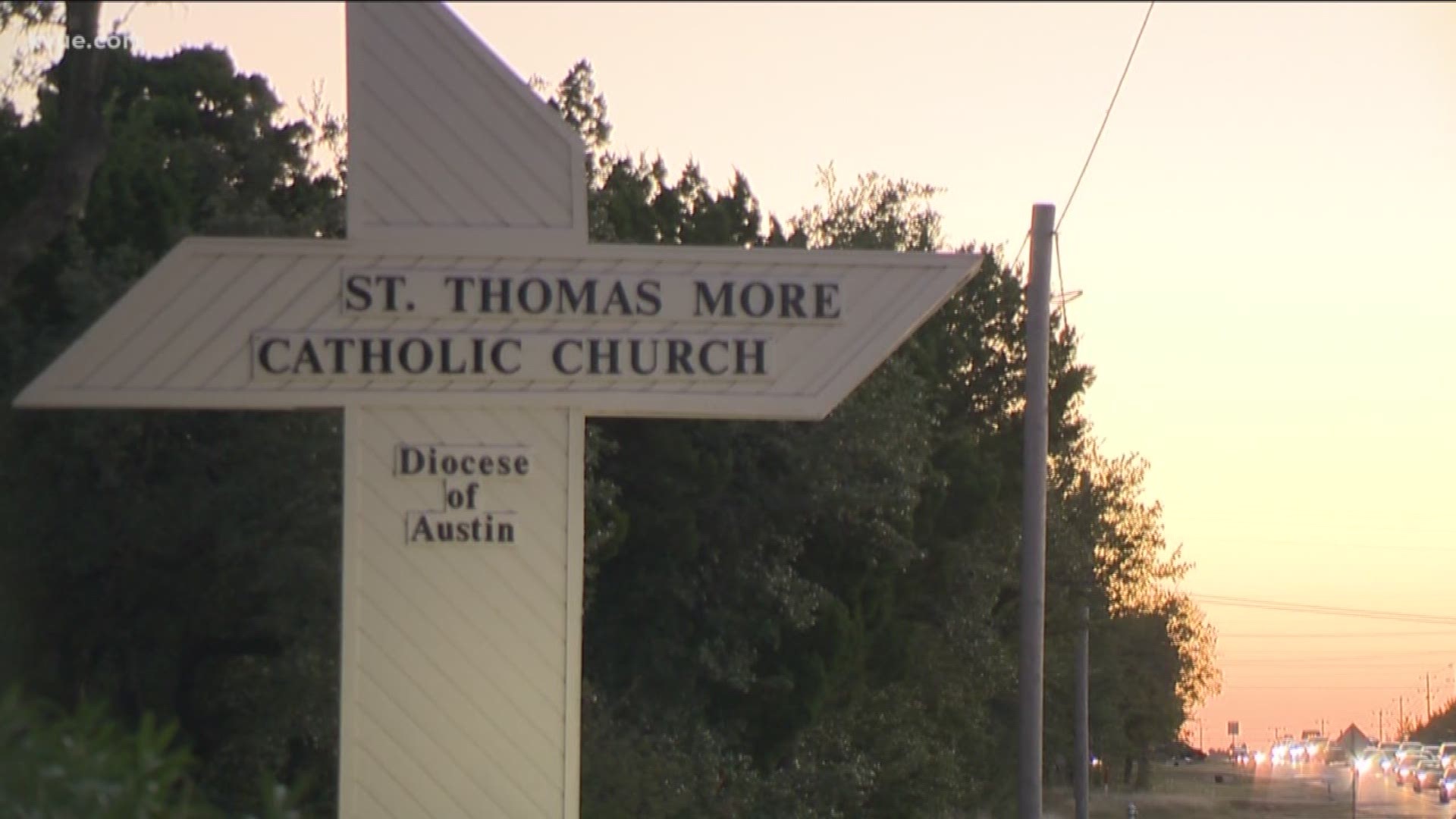 AUSTIN, Texas — A group of women have filed a lawsuit against the Catholic Diocese of Austin after they say they were each systematically sexually assaulted by a priest at a Northwest Austin church.

Until now, they have chosen not to speak to the media.

Since filing that lawsuit in November, however, they say the actions taken by the church to dismiss their case and lift their anonymity have driven them to speak up.

"We are a group of women who are very rooted, deeply devoted to our Catholic faith, and this has rocked us,” one of the six women involved in the lawsuit said.

To protect their anonymity, KVUE is calling her “Jane.” The other woman speaking up, also involved in the lawsuit, will be referred to as “Doe.”

It all started at St. Thomas More Church in Northwest Austin, where Father Isidore “Izzy” Ndagizimana led the church from 2012 until 2017.

"He exerted his power at times and slapped some of us,” Jane said. “He put his crotch in our face. He groped us during confession."

While the lawsuit doesn’t specify exact dates, the women say the abuse went on for quite some time.

RELATED: Catholic Diocese of Austin hit with lawsuit after six women claim they were sexually abused

In the Diocese of Austin’s EIM, or Ethics and Integrity in Ministries Policy, signed by Bishop Joe Vasquez of the Austin Diocese, it addresses abuse against children, the disabled and the elderly.

But it does not address abuse against adult women.

Jane said they were even told this wasn’t the first time there had been a complaint filed against Father Izzy.

"There were multiple complaints against him and that was discussed with us, that we weren't the only ones that had come forward before,” Jane said.

They waited. Yet months after they reported the abuse, Father Izzy was still leading the church.

"We were told they were taking care of things, handling it and so up to that point, we assumed that they were,” Jane said.

It wasn’t until the women learned he had been assigned to yet another church in Brenham that they decided to take legal action -- as a last resort.

"Honestly, we were terrified for other women,” Jane said.

When KVUE and other media outlets initially reported the lawsuit had been filed in November, a church spokesperson for Bishop Vasquez told us: “Bishop Vasquez authorized the extension of an invitation to meet with the unnamed plaintiffs."

But, the women say that meeting never happened.

"To have him take a stance that he was going to listen to us and he was going to protect us, and more importantly, protect our families and our faith home, and instead we were met with numerous filings that he wanted to get the case thrown out,” Doe said through tears.

KVUE has received copies of the multiple filings by the church to dismiss the lawsuit.

Then, this week, the bishop’s lawyer stated in an email to Sean Breen, the lawyer representing the victims, that they are opposing the women’s request to use “Jane Doe” status and remain anonymous.

It’s a move by the church that pushed these women to speak up.

"This anonymity is here to protect our children. This anonymity is because we love our faith and we want to continue to be practicing Catholics and we worry what the Bishop will do with that,” Doe said.

"I've seen cover up, I've seen victim shaming and, frankly, just an avoidance of something that has the potential to do unrepairable damage to the organization,” Clifton said. “The things that they're [the women] asking for are really changes in policy in order to protect others within the organization."

For now, Clifton -- who was raised in the Catholic Church -- is urging other Catholics to give directly to Catholic schools, as opposed to the church, until they change their policies toward women.

"I have been recommending to friends: give to the Catholic schools. Because it's one of the only mechanisms giving to the church where you don't have to then give money to the diocese," Clifton said. "If you give to your parish, a percentage of that goes to the bishops. I don't want to be paying for a lawsuit."

In the meantime, the victims say they refuse to be silenced or scared out of moving forward with the lawsuit.

They say they want to speak out for what’s right, as a catalyst for change and reform in a church they still strongly believe in.

"This is not reflective of Christ's mission for us. And so, we need to stand up for these injustices,” Jane said.

KVUE reached out to Bishop Vasquez and the Austin Diocese. They said they cannot comment because it is an ongoing legal matter.

KVUE also reached out to their lawyers and have not yet received a response.