The deputy's son died from septic shock. His family says doctors failed to help him until it was too late. 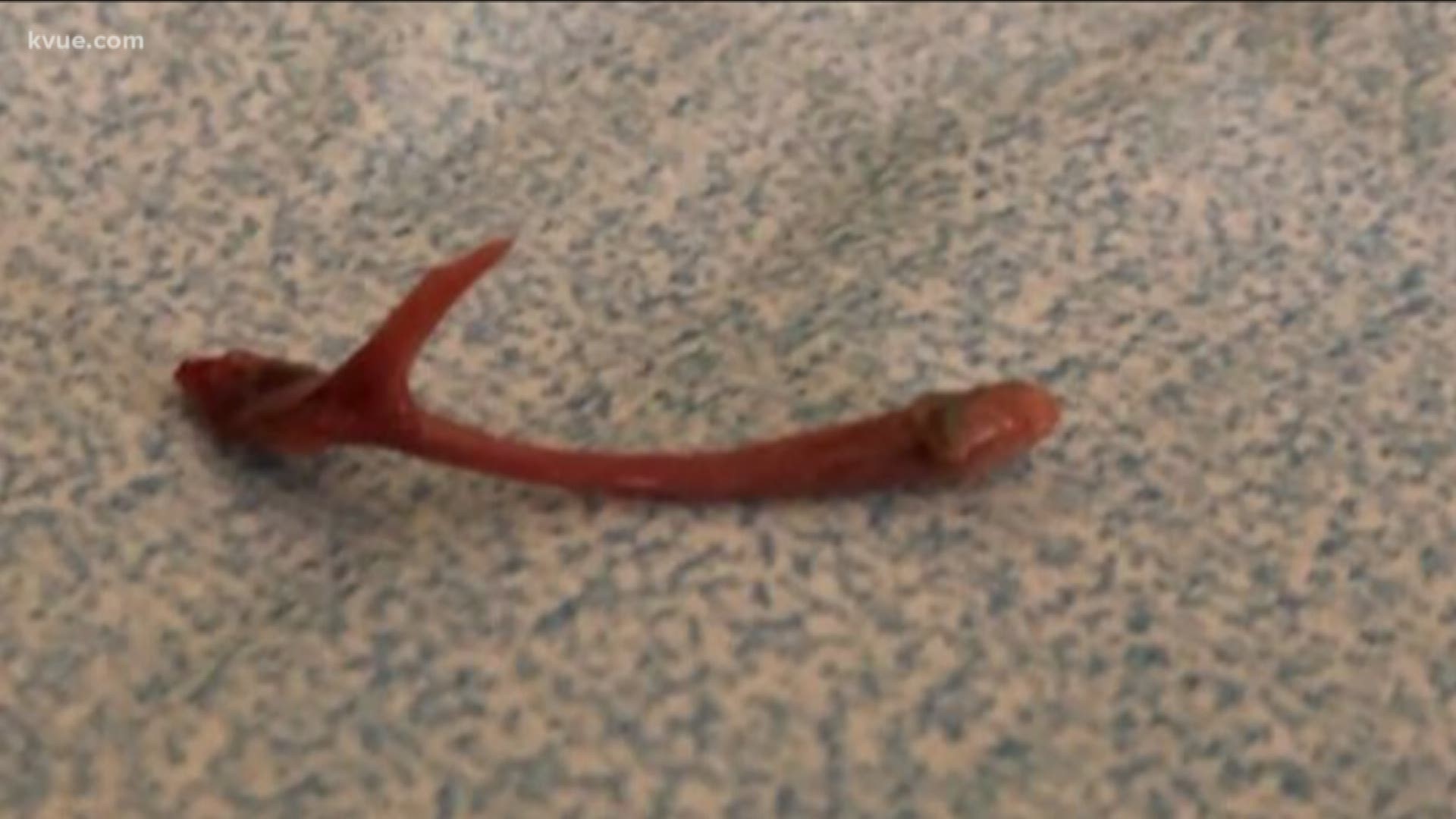 WILLIAMSON COUNTY, Texas — An otherwise healthy 20-year-old Leander man died this week after his family says two different doctors failed to get him help when he choked on a chicken bone.

It started two weeks ago, Chody said, when Fikac choked while eating chicken.

"He said he choked on a chicken bone 10 days ago, and for the past 10 days he's been complaining about this lodged object in his throat, enough to where he went and sought medical attention not once, but twice within 10 days," Chody said.

But both times, according to family, the doctors told Fikac that nothing appeared to be wrong.

"Each time being told, there was nothing in there, each time," Chody said.

However, Fikac continued to feel pain in his throat -- so much so that he wasn't able to eat. His family believes he was on his way to see a third doctor when he went into cardiac arrest while driving.

The 20-year-old was hospitalized, but didn't have any obvious external injuries. When doctors asked the family for medical history, they mentioned the concern over the chicken bone.

Chody said doctors in the hospital performed a CAT scan and found a bone more than an inch long lodged in Fikac's throat.

"Today, I witnessed with the family, them watch their son pass away," Chody said.

Now, the sheriff and people who knew the family are calling for answers.

"When you have a 20-year-old saying, 'Something's in my throat,' and, from my understanding, making it sound like he's overreacting, that's negligence in my opinion," Chody said.

Fikac's father, Roy tells KVUE: "He pled for help and he got nothing. So now he has paid an ultimate price for something so preventable."

While Brown doesn't represent the family, he said he has seen a similar case.

"We had a case a few years ago where a young boy had a peanut that was lodged in his throat and the parents knew there was something wrong. They went to two different ERs to try to get some help for their son, and the son ended up passing away."

Brown says another physician must provide testimony that shows a doctor acted negligently.

"The state requires a plaintiff come forward with expert testimony saying that a physician or healthcare provider breached the standard of care, which means they acted improperly," Brown said.

"To prove that, you have to go and find a physician who's willing to testify against another physician, and that can be challenging in some cases. However, in my experience, when another doctor sees that a doctor has committed very significant malpractice, it's generally pretty easy to find experts who will testify that in fact that kind of thing shouldn't have happened."

Brown says it's crucial to keep doctors accountable when these kinds of mistakes are made.

"It's a very fundamental part of the United States common law that when a person commits negligence, they need to compensate the people they injure."

For now, Fikac's family is in mourning and in shock. They can't believe their son, a former Leander ISD football player and beloved member of the Williamson County community, is gone.

They want to raise awareness about what happened to make sure it doesn't happen to someone else.

As for honoring his memory, friends said Fikac was an incredible young man.

Fikac's former Leander High School football coach, Tim Smith, told KVUE: "Cameron played offensive line for us. He had that atypical O-line attitude, very unselfish, naturally protective of his teammates. He took a lot of pride helping younger players. He loved our school and being a Lion. It showed the way he worked and played. He was very smart player and always played physical. As good as a player and teammate Cameron was, he was a better person."

Chody tweeted Thursday evening that a memorial service will be held for Fikac on Saturday, April 13 at 2 p.m. at the Fellowship Church at 3379 Gattis School Road in Round Rock. 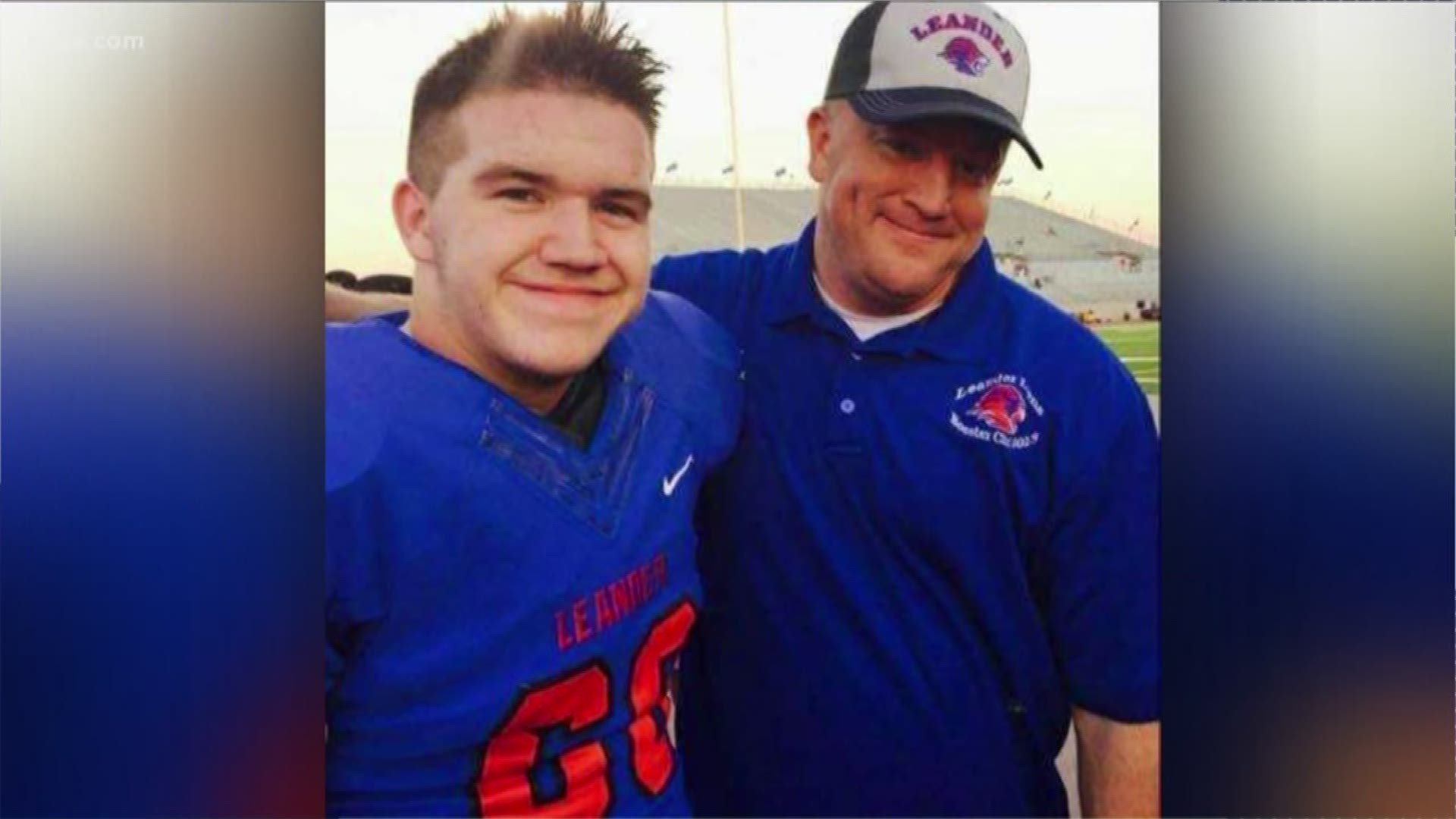