The school undergoes a complete rebrand, distancing itself from all ties to the Confederacy. 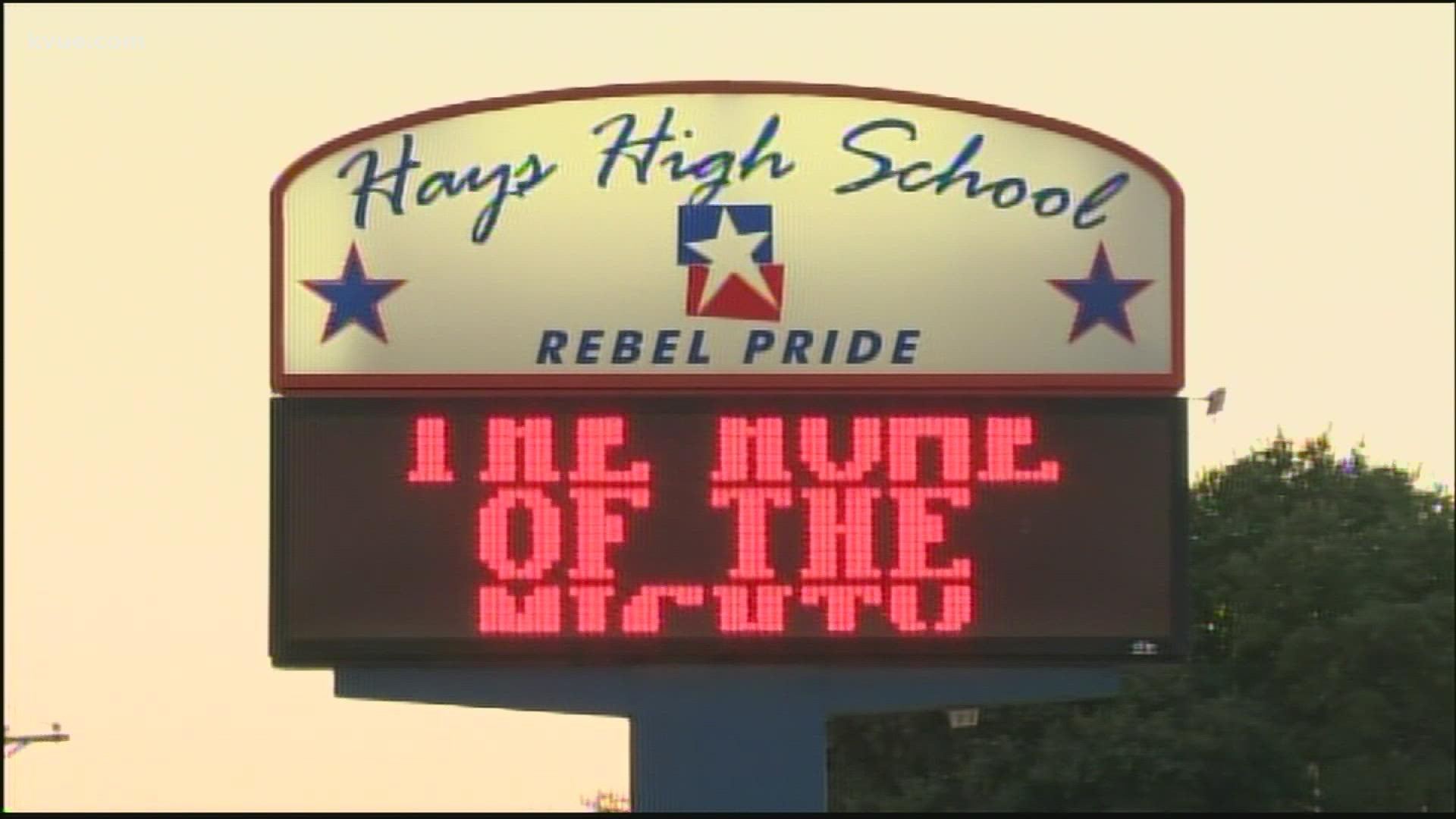 AUSTIN, Texas — At Hays High School, the path to progress has been slow. Change has been hard and growth has been complicated. But, this year, school leaders are hoping it's the start of a new chapter.

"It has been a little bit of a windy road to get here," said David Pierce, who is in his 13th year as principal.

Hays has changed mascots and undergone an expensive rebrand. This school year marks its first as the Hawks. By moving away from the Rebels mascot, leaders are hoping to distance the school from all ties to the Confederacy.

Credit: KVUE
Hays had to overhaul the logo at the center of its basketball court after changing its mascot from Rebels to Hawks.

"We're taking this opportunity to move forward. We're not going to spend a lot of time in the past because our kids are here now," Pierce said.

Pierce has seen just how much the past has overshadowed the present at Hays High.

The official ban of the Confederate flag on school grounds didn't happen until 2012. There was also the impassioned fight over the "Dixie" fight song in 2015.

"I know it won't be the same when we score a touchdown and we hear a fight song other than 'Dixie,'" one student said at the time.

The mascot change, while not provoking the same amount of passion from both sides, still marked an important step.

"A mascot has to be something that's a unifying symbol at a school," a school board member said. "We believe that it has ceased to serve its purpose of what a mascot needs to be."

By replacing everything from jerseys and decals to logos and scoreboards, school estimates show a rebranding effort that cost over $500,000. Yet perhaps more costly board members said would've been not doing anything.

"You cannot divorce those symbols," one staff member said.

For Hays High School, progress wasn't linear and change wasn't easy. But growth is underway, and a new chapter is now being written.

"It always has challenges, but anything that's worth anything should have challenges," Pierce said.