Previously, the Hays CISD board of trustees voted to retire the Rebels mascot. 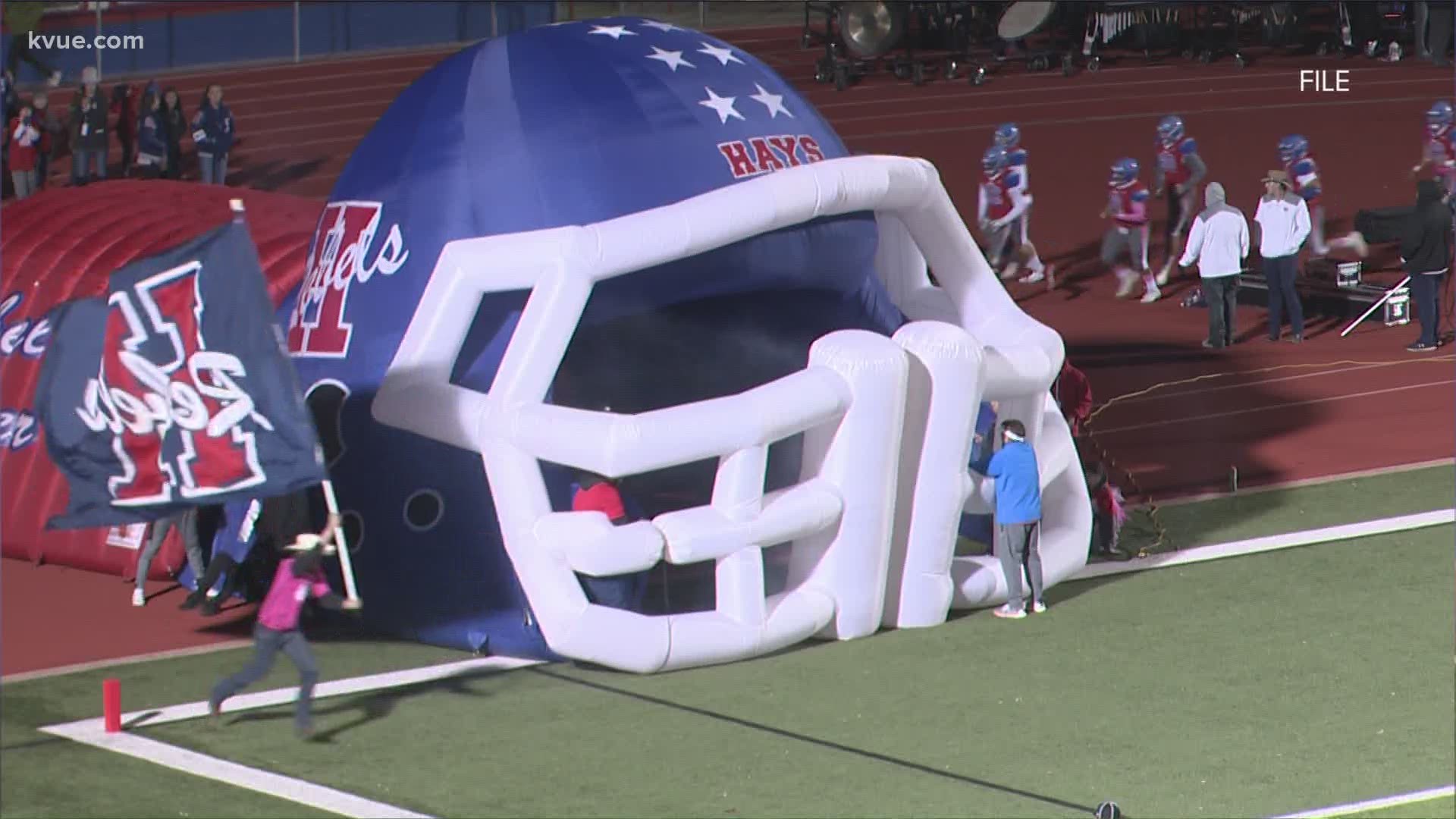 HAYS COUNTY, Texas — Formerly the Rebels, Hays CISD announced in January the name of the new Hays High School mascot – the Hawks! The district's board decided to retire the Rebels mascot due to its ties to the confederacy.

On March 31, the school unveiled its new Hawks logo.

"The soaring hawk in attack mode serves as the school’s primary mark, with additional logo versions available, including a stand-alone mascot head, the campus’s trademark 'H,' and a variety of customizable word marks that will make it easy for teams, clubs, and student organizations to personalize the brand for their respective groups," the district said in a statement.

The new mascot will officially take effect in the 2021-22 school year. Current ninth- through eleventh-graders who will attend the school next year and middle school students in the Hays High School feeder pattern made the nominations and voted on the mascot earlier this month.

The top five nominations were the Hawks, Raptors, Honey Badgers, Dragons and Hornets. A total of 1,453 students voted as follows:

The official school colors remain the same – red and blue, but are specifically defined in the new branding package as royal blue and scarlet red, with secondary approved colors as white and silver grey.

More information on the timeline for the change can be found here.

The fiscal impact of the mascot change on a single budget year has been estimated to be as high as $800,000. The district is planning to complete the transition below this amount, however. A majority of the expenses will involve new band and athletic uniforms, which the district will incur over a single budget year. Other costs include replacing the gym floor logos, equipment vehicles and the front entrance marquee.