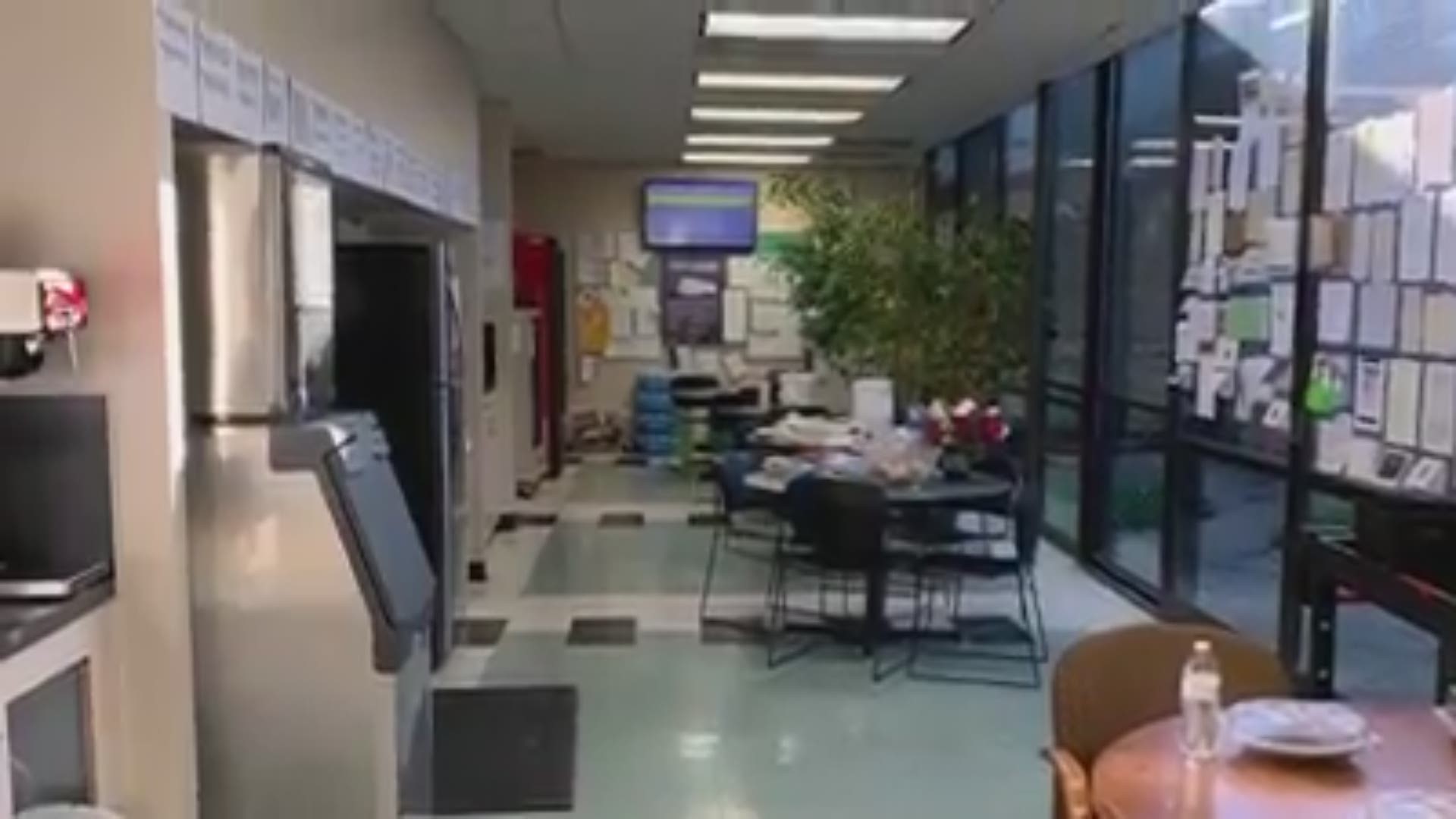 SAN MARCOS, Texas — After a shooting left one San Marcos police officer dead and two wounded, community members have rallied around the police department with support.

In a video compilation shared on Facebook, Korbin Weese, the SMPD interim administrative coordinator, highlighted some of this support with pictures of letters and positive Facebook comments printed out and hung around the police station.

The video shows these drawings, letters and comments on walls, windows and cabinets.

"It is amazing to see how much a community can come together when times get rough," Weese said in the caption. "Gone from our sight, but never from our hearts #RestEasy442."

Community members looking to contribute can send drawings, cards, or notes of encouragement to:

'About this well.' Officer injured in San Marcos ambush is responsive, texting with friends