One adult died at the scene of the crash, while another and a child died at a local hospital as a result of their injuries. 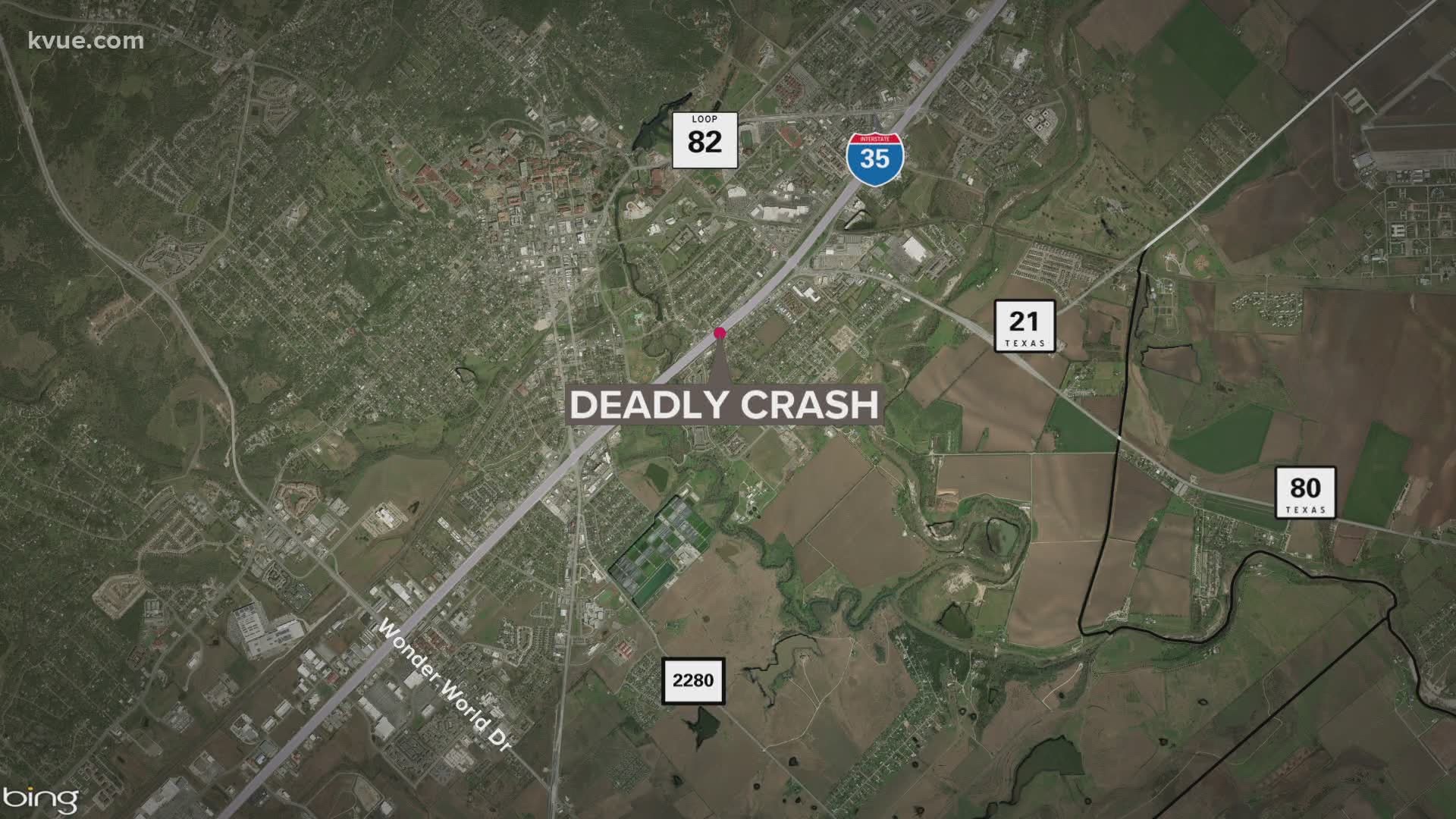 SAN MARCOS, Texas — Two adults and a child are dead while two other children suffered critical injuries after a single-vehicle rollover on northbound Interstate 35 in San Marcos.

At approximately 7:42 p.m. Saturday, the San Marcos Police Department responded to the scene of the crash at 200 Northbound I-35. Witnesses stated the white 2002 Ford Explorer left I-35 and flipped multiple times, causing it to land on the east access road. According to the City of San Marcos, nine of the vehicle's 10 occupants were ejected.

According to the City, five adults and five children, all from San Antonio, were in the vehicle traveling to Austin for a family gathering. Only the driver, Tamera Tychelle Gordley, is suspected to have been wearing a seat belt.

Destiny Bridges, 24, was pronounced dead at the scene by a justice of the peace. Three of the five children involved, ages seven, eight and nine, were transported to Dell Children's Hospital in Austin in critical, non-stable condition. The other two children, ages eight and 10, did not require hospital care and were released to relatives.

All of the adults involved were transported to Ascension Seton Hospital in Kyle with multiple injuries. Gordley's husband, 31-year-old Sean Thompson, died from his injuries at the hospital.

A 7-year-old died Tuesday at Dell Children's Medical Center in Austin. The other two children remain hospitalized but are stable, according to police on Wednesday.

The San Marcos Police Collision Investigation Team continues to investigate this incident. At this time, speed is expected to be a factor in the crash, as well as a blown tire. After an initial investigation of the Ford Explorer, it was determined that the vehicle was only suited for five passengers.

These are the fourth, fifth and sixth traffic fatalities for San Marcos in 2020.