The Kyle City Council voted to approve the framework of a settlement that would end litigation brought against the City by Houston company Kinder Morgan. 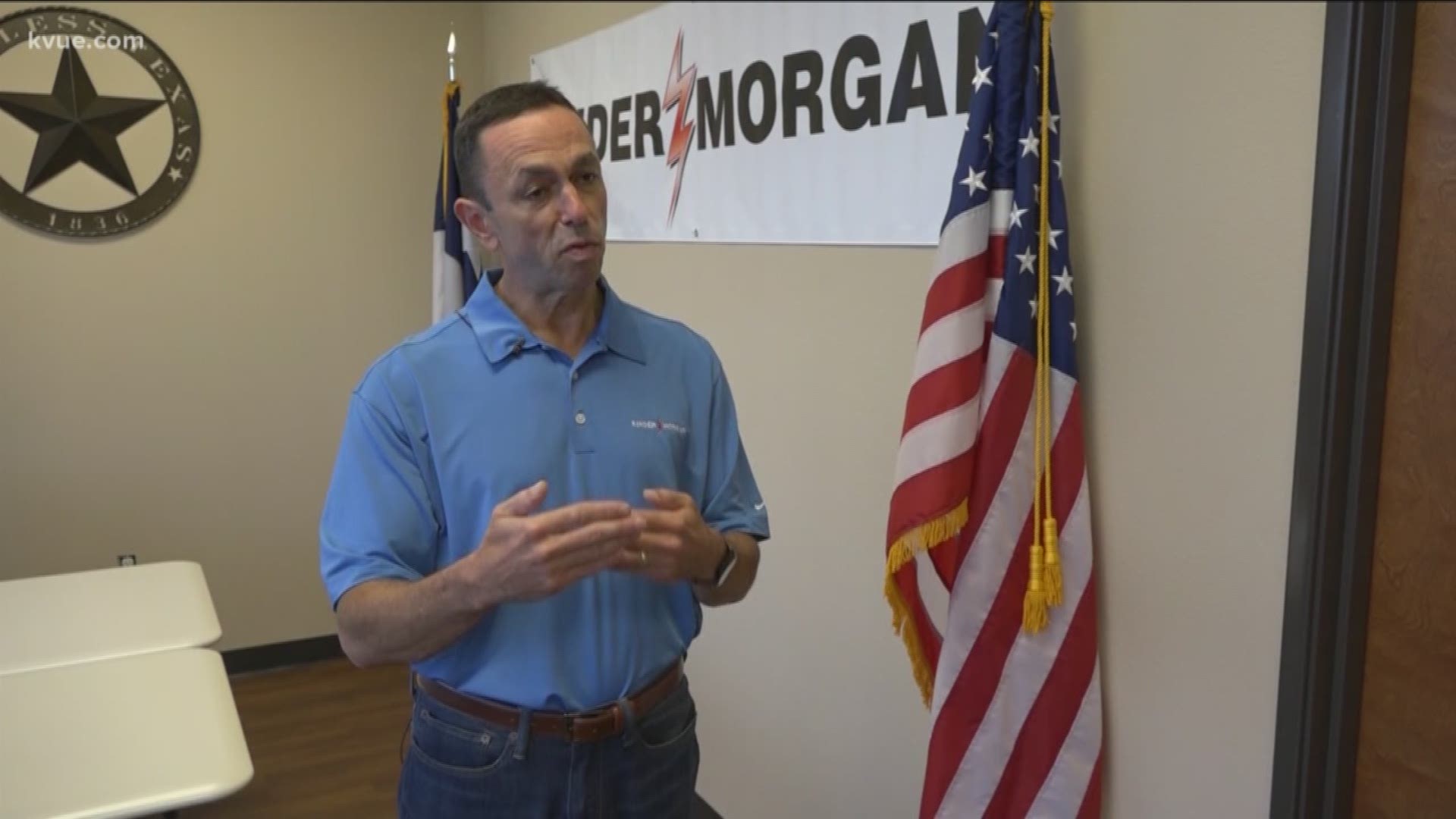 KYLE, Texas — The City of Kyle has agreed to stop fighting Houston company Kinder Morgan over a 430-mile natural gas pipeline slated to cut through Kyle in exchange for a $2.7 million payout.

The Kyle City Council voted 7-0 on Monday to approve the framework of a settlement that would end a lawsuit brought against the City by Kinder Morgan, pending final approval.

Back in July, the council passed an ordinance imposing additional standards on the Permian Highway Pipeline, which led to Kinder Morgan suing the City.

Per the new agreement, Kyle will issue Kinder Morgan road crossing permits while the company has agreed to install infrastructure in development areas so the City won't be subject to any delays or additional costs.

“There’s nothing more important to an individual than their land and their property, and we want to make sure that we know that we’re guests on their property and we’re asking for permission," said Allen Fore, the Vice President of Public Affairs for Kinder Morgan. "We want to do things the right way."

The unanimous vote to step down from the fight came the night before a scheduled federal court hearing on several motions in the cases, according to our partners at the Statesman. That hearing was moved to Oct. 2 so the lawyers have time to draft a formal resolution.

The $2.7 million Kinder Morgan agreed to pay Kyle would be broken into two payments – half within 30 days of the pipeline's completion in the city and the other half a year later.

KVUE spoke with Lynn Wilkerson, the owner of Great Big Signs in Kyle. His property is a couple hundred yards from the proposed route of the pipeline.

"I'm attached to my employees and the place where I work," Wilkerson said. "I hope that they could re-route some of this."

"The City of Kyle is pursuing multiple avenues to eliminate or reduce the adverse impact that the Kinder Morgan Pipeline presents to our community, our environment, and our future. Over the last year, the Kyle City Council has demonstrated extraordinary solidarity and resolve in the face of long odds and a complex political environment. They are committed to achieving the best outcome possible to ensure our continued ability to regulate our developments, protect our environment, and ensure public safety.

The reality is, lawsuits are expensive. Kinder Morgan made more profits in the second quarter of this year than Kyle's entire operating budget for the last decade. The city firmly believes in their ability to regulate pipelines on the basis of infrastructure planning, but at this time the council is trying to determine what is in the best interest of the city as we face multiple lawsuits that could easily cost millions.

Ultimately, this could have been avoided if we would have had been given the opportunity to work hand-in-hand with Kinder Morgan prior to the pipeline’s route being finalized by the company. That is not our present situation.

As the council has stated many times, our opposition has not been against oil and gas pipelines in general, but rather the manner in which this particular pipeline was proposed to be installed through our city. We were not consulted, and state law is not on the side of cities in this regard.

We appreciate the patience and understanding of our community as we tackle this very difficult issue. No decisions have been finally made.

The City of Kyle would like to ask any and all residents of Texas to engage our state legislature and encourage them to give communities a better say in the pipeline routing process, better protection of landowner property rights, publicly and independently produced environmental impact studies, and the preservation of local jurisdiction’s ability to regulate these projects within their incorporated boundaries."