Hays County experienced delays with a couple of their polling locations this morning as some of their machines were not corrected properly for the first day of early voting in Texas. 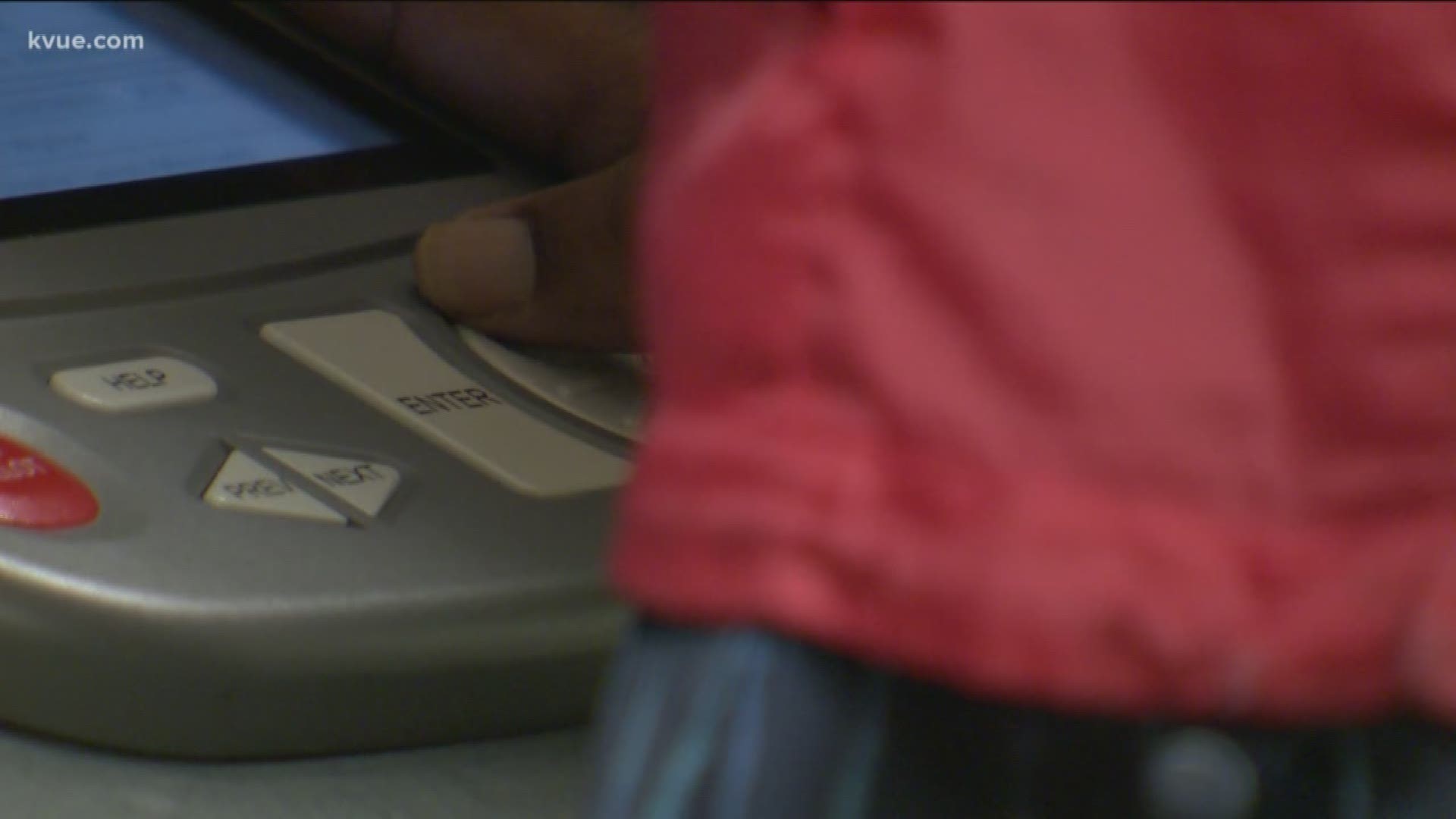 HAYS COUNTY — This morning some early voters were met with delays in Hays County due to some of the voting machines not being connected properly.

Twitter user "Paper Champion" was one of the voters at a polling location earlier today that experienced delays and sent tweets out expressing frustration with the wait at the polls.

So much for #EarlyVoting I was 4th in line in Hays Co TX. Doors didn’t open until 8:30am and I didn’t get to vote until 8:40am. 8 machines but 7 are “broken” with no technician on site? #VoterSuppresion pic.twitter.com/Ci8lXoAIJ2

Paper Champion was not the only one who experienced delays this morning. Ruben Becerra took to Facebook and also posted about frustrations with voting wait in Dripping Springs and San Marcos.

We REALLY need help. Machines are down in Dripping AND San Marcos. We can’t keep up. Will we lose those votes too?

The county stated that two locations had delays due to the improper set-up. In Dripping Springs only one voting booth was connected, which was used when the polls opened, but the other machines were not connected properly. This led to even longer waits where voters had already found long lines.

The county said the issue was fixed after 40 minutes, as someone came by to fix the connections.

Dripping Springs was not the only location experiencing the delay, San Marcos also had delays as two machines out of the eight at one location were down. THe county stated they waited to fix the two down machines until the lines went down.

The county said to fix the connection with the two machines, they would have to shut down the rest of the machines. They stated they chose to wait until the lines went down to avoid longer waits for voters.

The county stated no votes were sent in on the impacted machines while they were not corrected properly.

The county stated they are very busy and if you choose to vote today you will likely encounter a wait, but they state this is a good problem to have as it is from large numbers turning out to the polls..