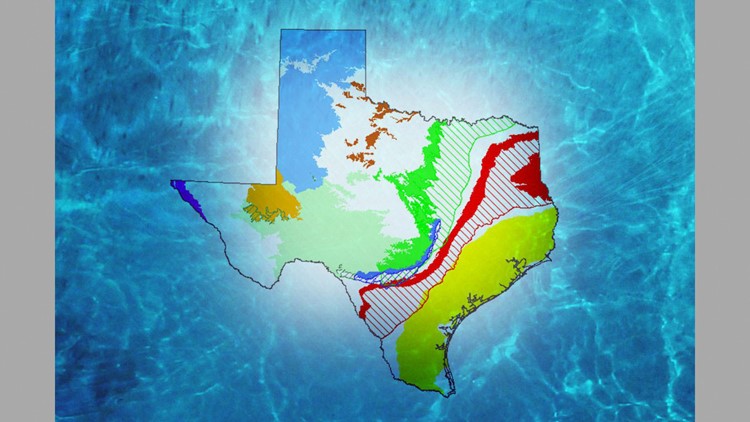 Photo by: Texas Water Development Board / Todd Wiseman
A map showing all nine major aquifers in Texas. The Carrizo-Wilcox aquifer is shown in red.

According to Hays County, the water wholesaler applied to pump 912.5 million gallons of water from the Middle Trinity Aquifer each year.

“Scientists agree there is a limited amount of water in the aquifer, and even at the lowest of the phased pumping levels allowed in the draft permit there will be a negative impact to nearby property owners,” said Precinct 3 Commissioner Lon Shell. “And, at the highest level properties could potentially become useless to their owners. This draft permit will allow Electro Purification to take water from one area of the county, leaving that area eventually without sufficient water, to supply another area that will also eventually lack water when the water in the aquifer disappears.”