Some of the neighbors took their unhappiness to the front of Terry Black's Barbecue on Barton Springs Road in South Austin Monday. 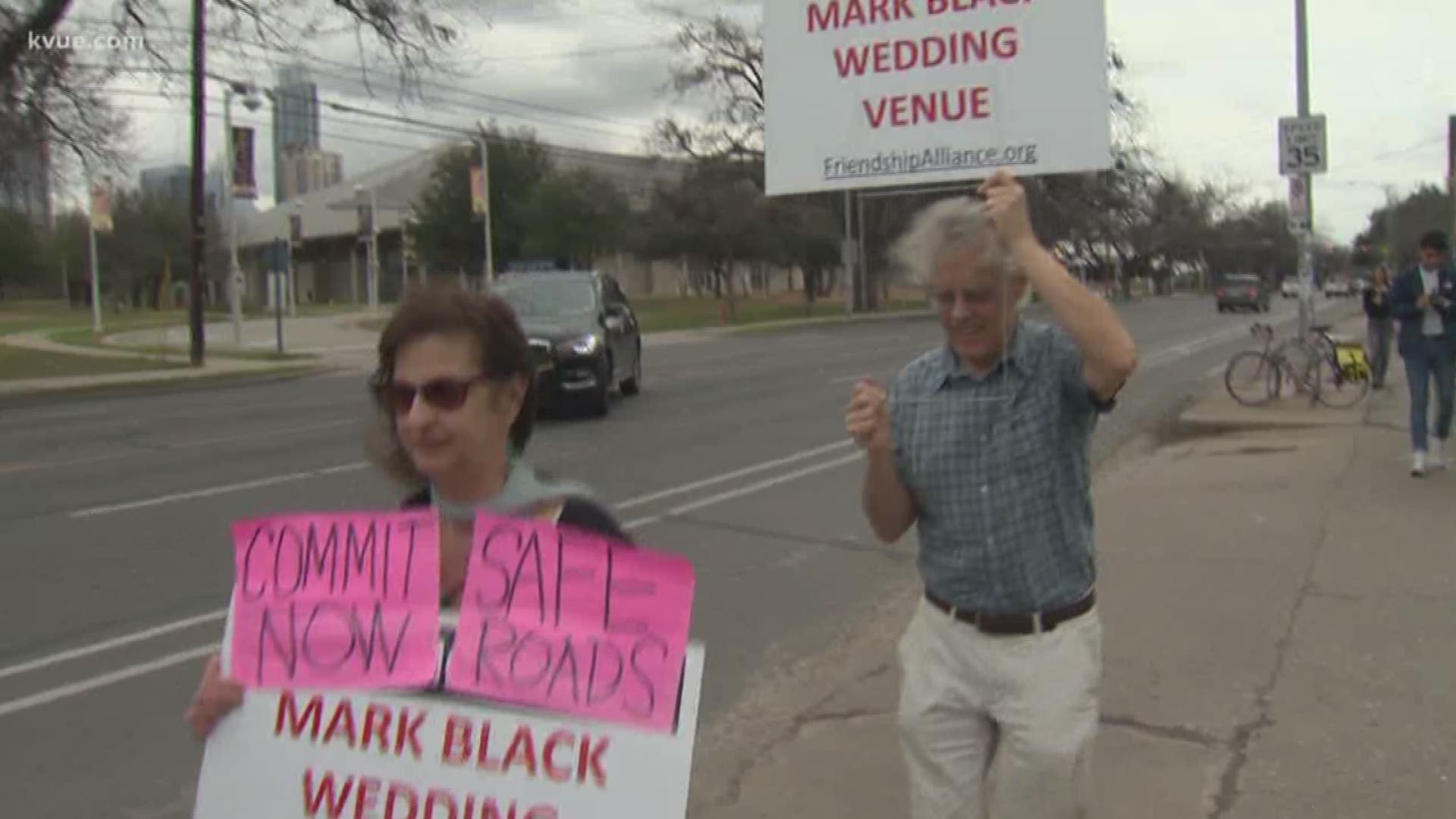 AUSTIN — There are so many wedding venues in Dripping Springs that the Chamber of Commerce there calls it the "official wedding capital of Texas."

There are more than 35 within a 35-mile radius. Come next year, you can add one more -- the Black Ranch -- and it's that one that has some Hays County neighbors not feeling the love. Black Ranch's owner is also behind Terry Black's Barbecue in Austin.

Some of those neighbors, who belong to Friendship Alliance, took their unhappiness to the front of Terry Black's Barbecue on Barton Springs Road in South Austin Monday.

The group, Friendship Alliance, is made up of neighbors, property owners and concerned citizens such as Neil Carman.

"It'll be the largest wedding venue in Texas. Okay? Right next to our neighborhood," said Carman.

"We are interested in commitments," said Jeanine Christensen, who is also with the group.

She's afraid the proposed Black Ranch will cause problems with fire safety and water contamination and conservation.

"One of the things we're deeply concerned about is the project's ability to capture pollutants on site and keep them out of the aquifer," said Christensen.

"We have a commercial water supply so there's a lot more restrictions we have to do and the fact is I have 64 acres. I try to get water from many other places and I couldn't," said Black.

Christensen and neighbors are also worried about the excess traffic Black Ranch will bring to Crystal Hills Drive, a two lane road, where many neighbors live and where Black Ranch sits.

Her group wants Black to commit in writing that he will do everything he can to help with these issues.

It's something Black said he has already done verbally.

"We've gone about this the right way, done it the lawful way, every step of the way. The fact that we're giving them anything, we don't have to do it, we're willing to do that as good neighbors," said Black.

But the protesters didn't feel Black was being a good neighbor with a sign outside the restaurant.

The marquee read, "Circus Auditions, Outside Today," referring to the protesters.

Carman said it was a "little bit offensive."

But Black said he was only kidding.

"I did that after the fact that I found out they were coming out, so yeah it was just a little levity of a joke."

Black said all he needs now to move forward with construction on Black Ranch is for the Dripping Springs City Council to approve his site plan. That's set for Tuesday at 6:30 p.m.