Hays County is sending out a warning after a deer was found dead from a likely mountain lion attack. 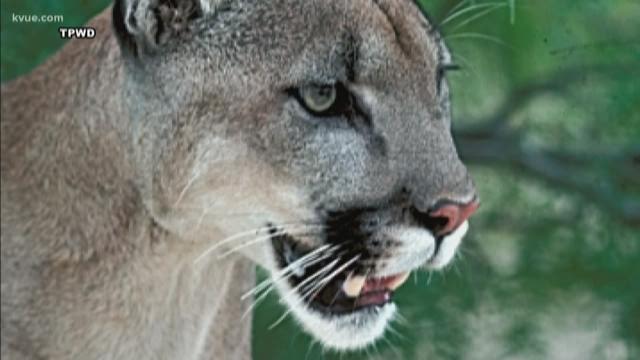 He said one of his deputies, who has been working with wildlife his whole life, recognized the way the deer was killed and that it was by a cat.

“We better go ahead and let people know so they can be aware,” said Helm. “Since we have so many visitors."

About a week ago, another deer was killed the same way about a mile away on Flite Acres Road.

Joyce and Ray Mayo are two visitors that come to Blue Hole almost daily. They have never come across a mountain lion out here -- and they hope it stays that way.

"No, I don't want to run into one,” said Joyce Mayo with a laugh.

Helm said his office gets about 10 to 15 calls a year reporting sightings.

"They see you, but you don't see them,” said Helm. “You're dealing with a very smart animal."

Texas Parks & Wildlife said if you do encounter one to pick up all children from the ground and stay calm, stand tall, don't run and don't turn your back from it. Helm suggests you carry pepper or hornet spray if you are out at Wimberley's parks.

And if a lion is aggressive, fight back.

"Use sticks, rocks, slowly back away,” he said.

Wildlife officials said for more than a century, there have been only 20 mountain lion fatalities nationwide.

"I'm going to be concerned to be a little more aware for a few weeks here,” said Ray Mayo. “But we're going to continue to do our hikes."

If you see a mountain lion, contact a constable or parks and wildlife officials.