An Austin pioneer who left behind a rich legacy, Gustavo 'Gus' Garcia's roots in the community and Austin politics ran deep. 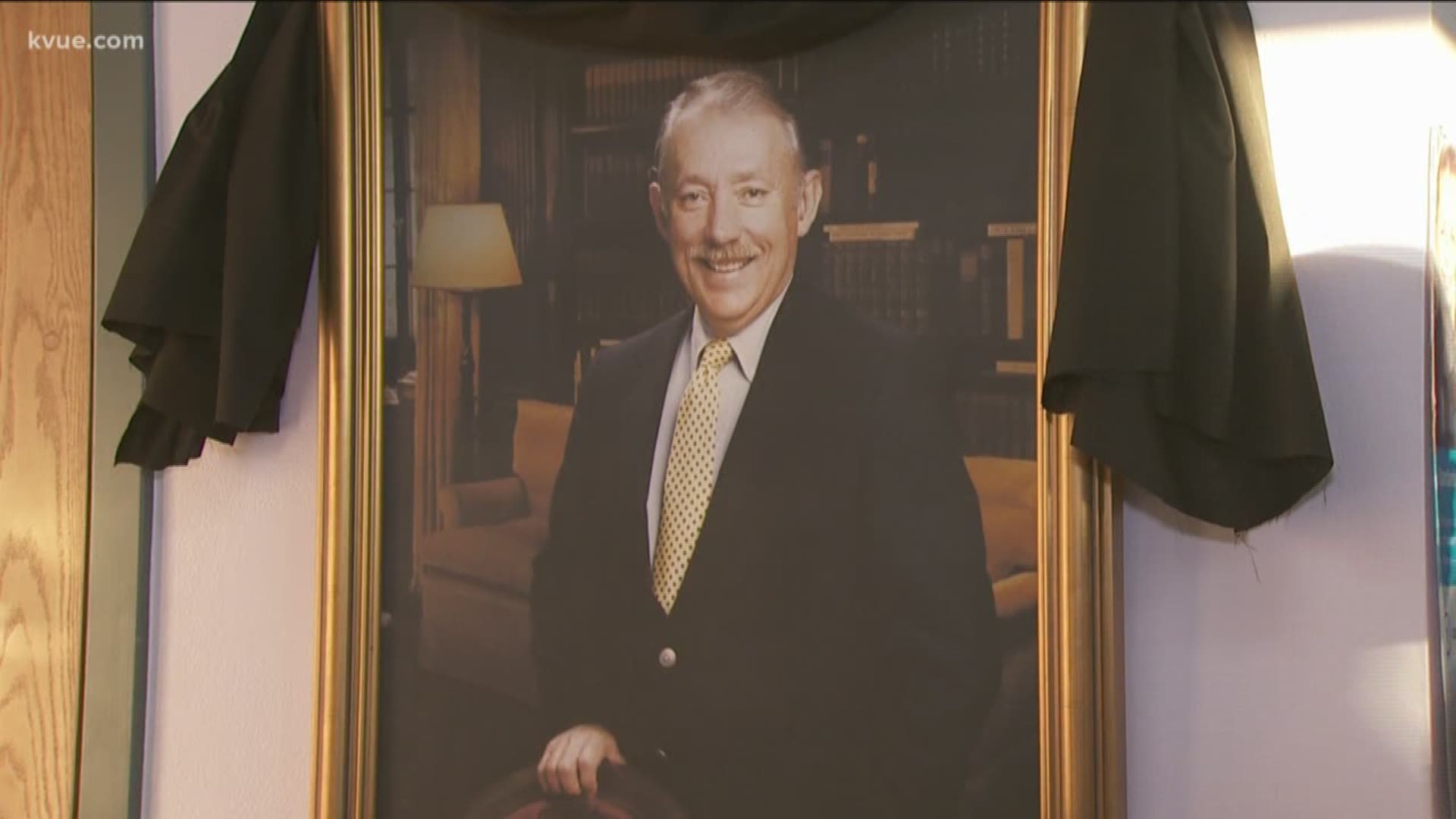 He's gone, but not forgotten.

“Our young men right now can see somebody that looks like them, a man of color, in one of these high positions," Sterlin McGruder, principal of Gus Garcia Young Men's Leadership Academy, said. "They can say, 'One day, maybe I can be mayor, or even governor, or even president.'"

Garcia's image lives on in the hallways of the Gus Garcia Young Men's Leadership Academy, named in his honor. The middle school opened in 2007 and became an all boys school in 2014.

"It was like, 'Hey Sterlin, how's the school going, what's going on with the school?' And I was like, 'Mr. Garcia, everything's going great,'" McGruder said.

Garcia passed away Sunday night. This school is just one part of his legacy.

Garcia was the first Hispanic person to serve on the Austin ISD Board of Trustees in 1972.

Then he served on Austin City Council for 10 years, in multiple positions, ranging from the judicial subcommittee, to the audit and finance committees and the legislative committee.

He then became Austin's first Hispanic mayor in 2001.

"In politics, you'll have friends and enemies -- not Gus. He had all friends," Bruce Todd, former Austin mayor, said.

"He was elected council as i was elected mayor, and he was the mayor pro tem for most of that time," Todd said.

The last conversation they had was a month ago and even while he was going through health problems, Todd said Garcia kept his great sense of humor.

"I think he cracked a joke that came to him and just a good casual conversation that good friends for decades have," Todd said.

Now Garcia has paved the way and left a legacy to live up to.

"Mr. Garcia was a true visionary and was a mentor," McGruder said. "He will forever be one of my mentors."

Austin ISD announced in a release on Monday that Garcia has passed away.

According to the release, as a board member, Garcia encouraged the district to hire more Hispanic and African-American teachers and administrators and worked to award more school construction projects to minority contractors.

In honor of his passing, all Austin ISD schools will lower their flags to half-staff throughout the week.

.@AISDSupt Dr. Paul Cruz has asked all schools within the district to lower their flags to half-staff through the week in honor of the late former mayor of Austin and president of the AISD board of trustees Gus Garcia. #SomosAISD pic.twitter.com/FewVYBk5CK

Due to the hard work he put in, he received multiple honors for his work including the Lifetime Achievement Award-Greater Austin Hispanic Chamber of Commerce in 2009 and the Reconocimiento OHTLI Award presented by Mexico's Secretary of Foreign Relations (Trail Blazer Award) in 1996.

Before entering politics in the city, Garcia was no stranger to Austin. He graduated from The University of Texas at Austin, where he received an undergraduate degree in accounting in 1959, two years later, he became a Certified Public Accountant.

According to the Austin-American Statesman, Garcia is survived by his wife of more than 60 years, Marina Gonzalez, and their three sons.

We feel a community-wide heavy heart as one of our greatest Austin giants moves on. Mayor Garcia focused our city as no one had setting us on a course to seek equity and justice for all of Austin. I will miss my friend and teacher. pic.twitter.com/a64uECbOJV

"We feel a community-wide heavy heart as one of our greatest Austin giants moves on," tweeted Austin Mayor Steve Adler. "Mayor Garcia focused our city as no one had setting us on a course to seek equity and justice for all of Austin. I will miss my friend and teacher. "

"We are sad to hear of the passing of our good friend former Austin Mayor Gus Garcia. He has been challenged with health issues for a long time but he never lost his famous charm during the fight. Gus was a good friend and mentor. He offered advice when I asked for it and was always quick to lend his support. He was a remarkable citizen of Austin and a true leader. I counted him as a friend, and our community is lucky to have benefited from his work."

For decades, Gus and Marina have been a great team for our community. Gus Garcia provided a gentle but forceful voice for public education, equal opportunity, the environment, and active participation by Hispanics in public decision-making and every aspect of our community. pic.twitter.com/12cy84hN0R