Federal background checks reached an all-time high of 32 million so far in 2020, according to the National Instant Criminal Background Check System (NICS). 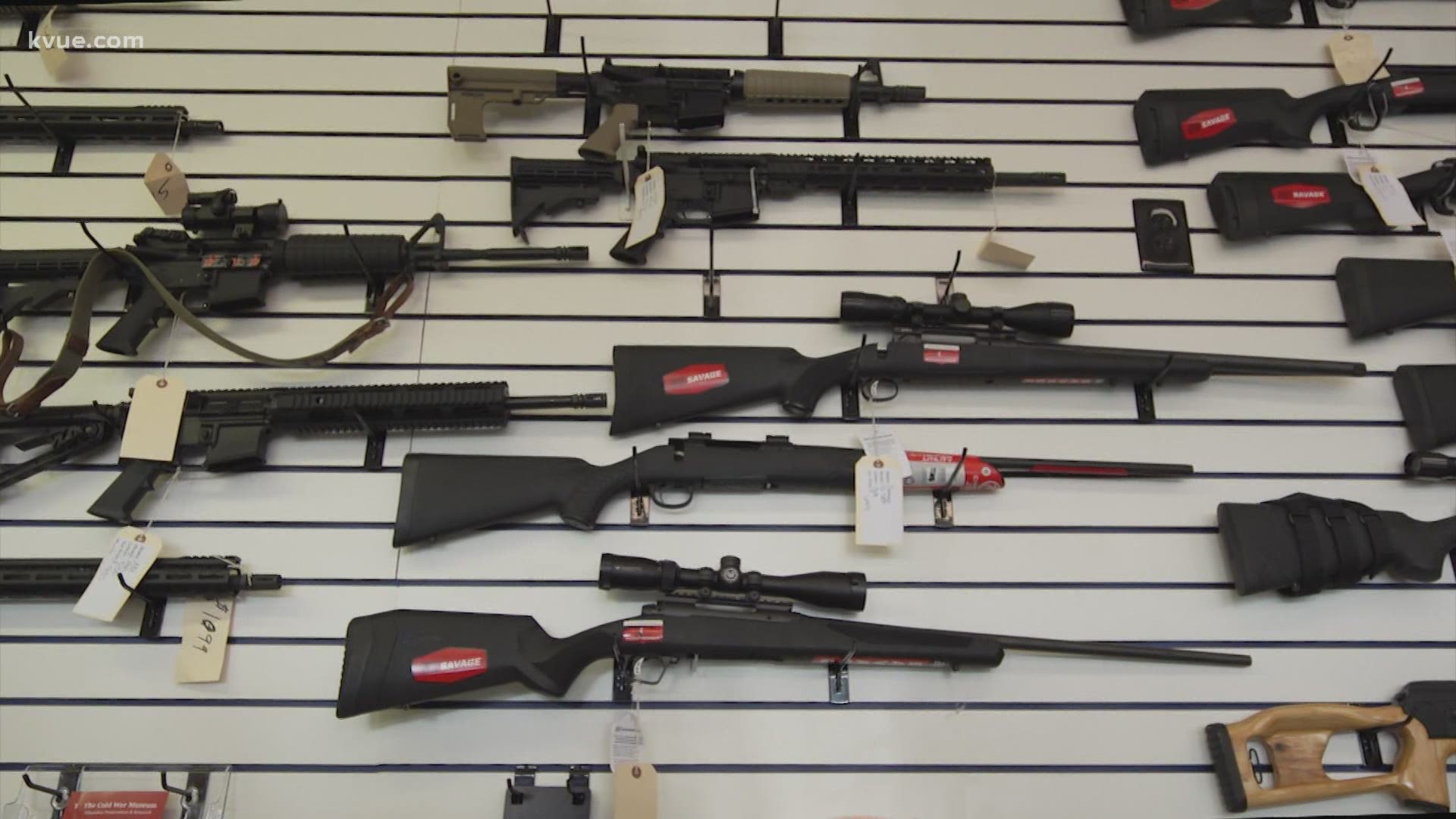 AUSTIN, Texas — 2020 is the year of unpredictability. The fear, uncertainty and stress accompanied by this year are sending people flocking to the shelves to buy a weapon.

More than 32 million federal background checks were conducted this year as of October, according to the National Instant Criminal Background Check System (NICS), setting a record for the most background checks in a single year.

In comparison, there were 28.4 million background checks in 2019, which held the prior record.

The first spike came in March when the global pandemic hit the U.S. The second spike was from May to July when the country encountered racial protests and calls to defund police departments. The final spike happened in October as Americans took to the polls to cast their vote in a historic election.

In Texas, NICS data showed the state following a similar record-breaking pattern with 1.9 million checks through October of 2020, compared to 2016 when 1.7 million background checks were filed.

2020 has been an unpredictable year and people flocked to buy #guns because of it. Here's the data on background checks in the U.S & TX this year compared to the last record-breaking year:

While the NICS represents the number of firearm background checks initiated and not the number of guns sold, David Chipman, a retired alcohol tobacco and firearms agent of 25 years, told KVUE's VERIFY team that it's the best data we can use to compare years.

This surge has led to inventory issues as gun dealers struggle to keep their shelves stocked.

"Even though we are busy and there are a lot of customers, the inventory is not there. There is a huge problem with ammunition and with getting in guns and getting in guns that people want," Cargill said.

The demographics of people getting background checks are changing too. Gun dealers, including Cargill, said they are seeing more first-time buyers, women and Black individuals coming to their shops.

In a tweet on Nov. 1, President-Elect Joe Biden discussed what he called common-sense reform, including banning assault weapons and implementing universal background checks.

"It's long past time we take action to end the scourge of gun violence in America," he stated in his tweet.

It’s long past time we take action to end the scourge of gun violence in America.

As 2020 comes to an end, Cargill believes it could still take two to three years before gun dealers begin to see their stock of guns and ammunition return to normal.