Under new Travis County policy, anyone accused of family violence must surrender guns while on bond

The new policy particularly targets those accused of family violence. 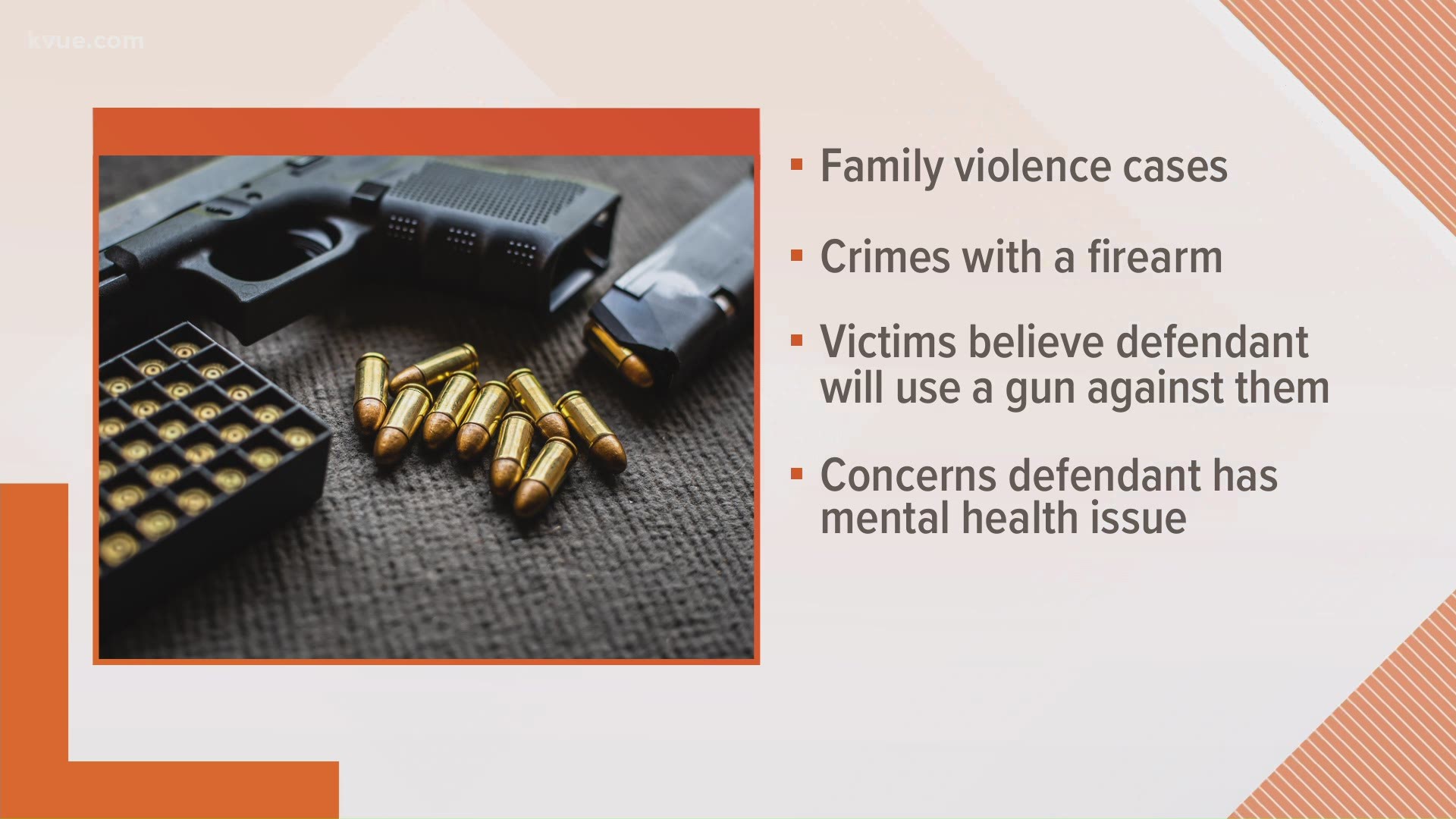 AUSTIN, Texas — In order to address gun violence in the Austin area, the Travis County district attorney has announced a new policy that aims to restrict gun access to many people who are out on bond for a crime.

Travis County District Attorney Jose Garza announced May 12 that for a wide variety of cases, defendants will be required to surrender guns as a condition of their bond. They will also be required to not be in possession of a gun while on bond.

In particular, Garza is targeting those accused in family violence cases, because they are "particularly at risk" of using a gun to injure or kill someone.

“All of our criminal prosecutors have been trained on the new policy and lethality assessment to ensure that we are quickly identifying cases that pose a public safety concern,” said Travis County Attorney Delia Garza. “Timely relinquishment of firearms is an essential dynamic of violence prevention. We must work together to ensure that individuals subject to a weapon forfeiture order surrender their firearms immediately.”

Here's a breakdown of the following situations where a defendant will be required to surrender guns as part of their bond:

If a defendant about to be released on bond meets any of those requirements, their bond will require that their license to carry a gun be suspended. Defendants will also be required to surrender all guns and not have guns on their person while the case is pending.

Former detective accused in 3 killings had history of violence accusations

If a defendant violates that bond order, their bond could be revoked.

”This firearm surrender policy has finally come to fruition thanks to the County and District Attorney’s offices,” said Precinct 5 Constable Carlos Lopez. “I look forward to working together in conjunction with all other city and county agencies to do everything we can to keep families safe.”

Recently, a former Travis County detective was arrested after he was accused of shooting and killing his ex-wife, daughter and his daughter's boyfriend. Stephen Nicholas Broderick was out on bond on a charge of sexual assault of a child. His GPS tracking device was removed months before their deaths, even as his daughter and ex-wife had said they feared for their safety.

According to the Austin Police Department's most recent gun violence report, which addresses the fourth quarter of 2020, violence has risen steadily over the past few years along with Austin's population boom. An initiative commissioned by now-interim Austin police chief Joe Chacon could play a role in how the APD addresses recent increases in gun violence.

Police: Dunkin' customer who used racial slur dies after employee punched him in the face

Jake Ehlinger Celebration of Life service to be held Wednesday