The Fort Worth Air Traffic Control Center needed to be cleaned and disinfected after an air traffic control employee tested positive for COVID-19, the FAA said 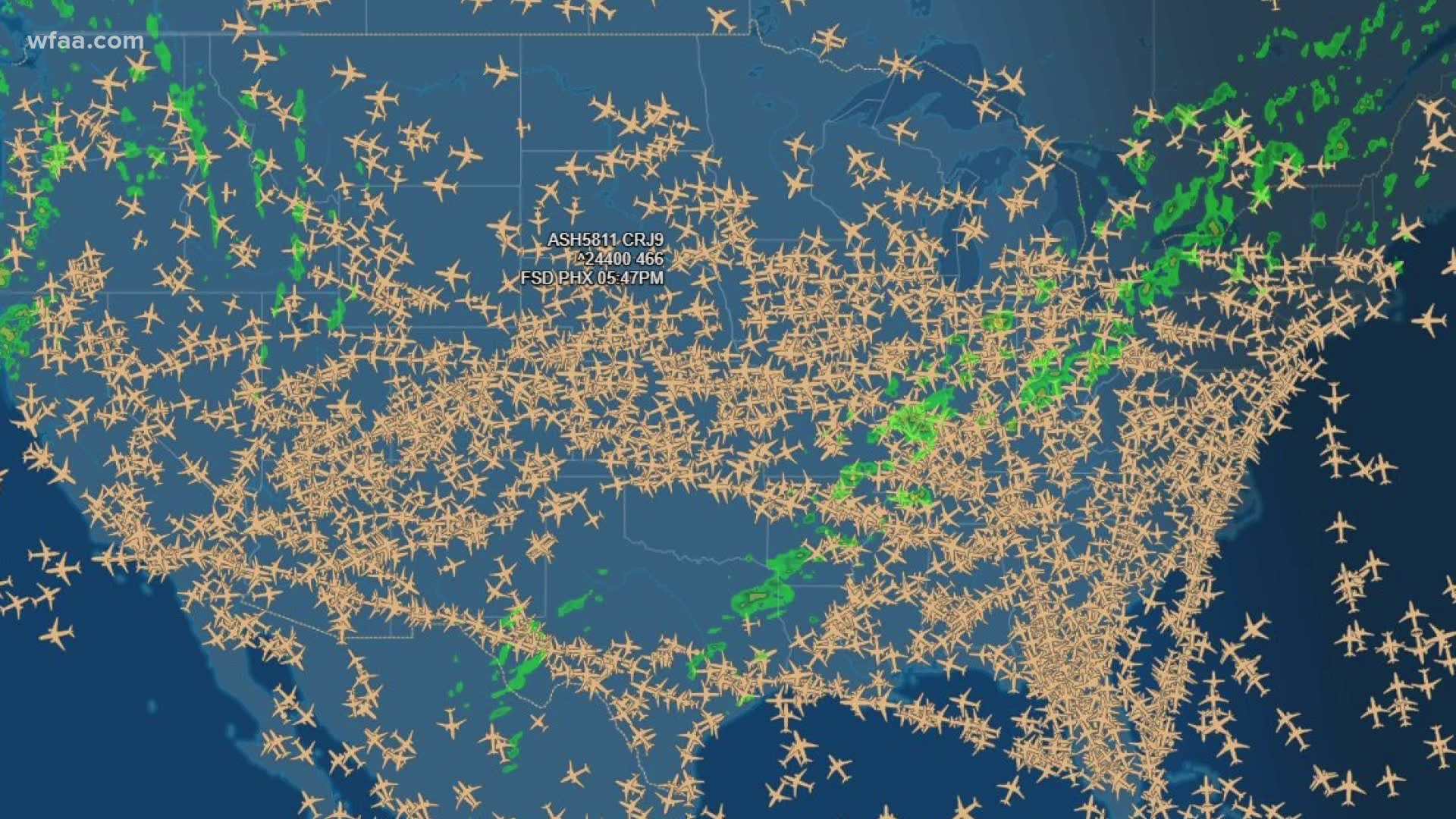 Updated at 7:27 p.m. with preliminary information from the Federal Aviation Administration.

Flights have resumed at Dallas Love Field and Dallas-Fort Worth International Airport following a ground stop prompted by a "unique set of circumstances" involving the weather and an air traffic employee who tested positive for COVID-19, officials with the Federal Aviation Administration said.

The Fort Worth Air Traffic Control Center needed to be cleaned and disinfected Wednesday afternoon after an air traffic control employee tested positive for COVID-19, FAA said in a preliminary statement.

There were also thunderstorms in the area, which added to the reason to delay flights, according to the FAA.

The employee had last been at the center on Christmas Day, the FAA said. FAA said according to their protocols, if an employee tests positive, then all affected areas need to be cleaned if they had worked in the week prior to testing positive.

"Because the cleaning required controllers to temporarily leave the control room, the FAA declared a ground stop, which held traffic at departing facilities," the FAA said in the statement.

The Fort Worth Air Traffic Control Center has 380 air traffic controller employees and it handles high altitude air traffic in the D-FW area and other nearby states.

Credit: FlightAware
Ground stops were issued for DFW Airport and Love Field on Dec. 30, 2020. This map shows the impact on air traffic in the area.