Shannon Brown, Marlena Jackson, Charlie Burns and DeWayne Ward were booked into the Gregg County Jail on a charge each of engaging in organized election fraud. 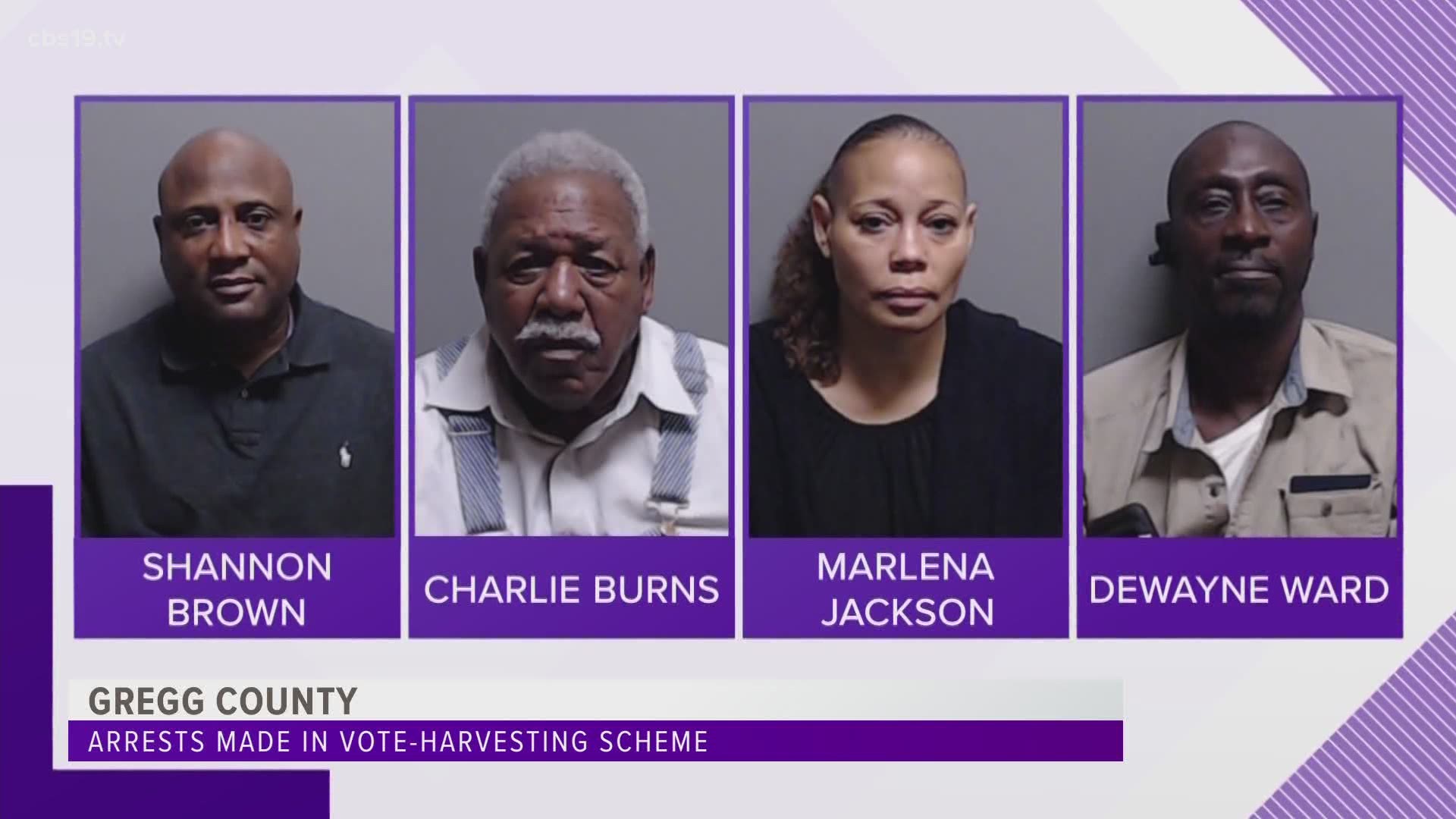 GREGG COUNTY, Texas — Gregg County Commissioner Shannon Brown, along with three others,  were arrested for an alleged vote harvesting scheme during the 2018 Democratic Primary Election.

According to Texas Attorney General Ken Paxton, Brown, Marlena Jackson, Charlie Burns and DeWayne Ward targeted young, able-bodied voters to cast ballots by mail, saying the voters were actually disabled. Paxton said many of the ballots claims of voters being disabled were done without the voters' knowledge or consent.

The AG Paxton says these votes were cast to swing the election in Brown's favor.

Texas law requires people who cast mail-in votes to be disabled or have another specified reason why they cannot vote in-person.

In all, the State of Texas filed 134 felony charges against the four defendants with sentences ranging between six months in jail to 99 years in prison. The grand jury indicted Commissioner Brown on 23 felonies, Jackson on 97 felonies, Burns on eight felonies and Ward on six felonies.

Among the charges are:

“It is an unfortunate reality that elections can be stolen outright by mail ballot fraud," AG Paxton said. "Election fraud, particularly an organized mail ballot fraud scheme orchestrated by political operatives, is an affront to democracy and results in voter disenfranchisement and corruption at the highest level. Mail ballots are vulnerable to diversion, coercion, and influence by organized vote harvesting schemes. This case demonstrates my commitment to ensuring Texas has the most secure elections in the country, and I thank the Gregg County Sheriff and District Attorney for their continued partnership. Those who try to manipulate the outcome of elections in Texas must be held accountable.”