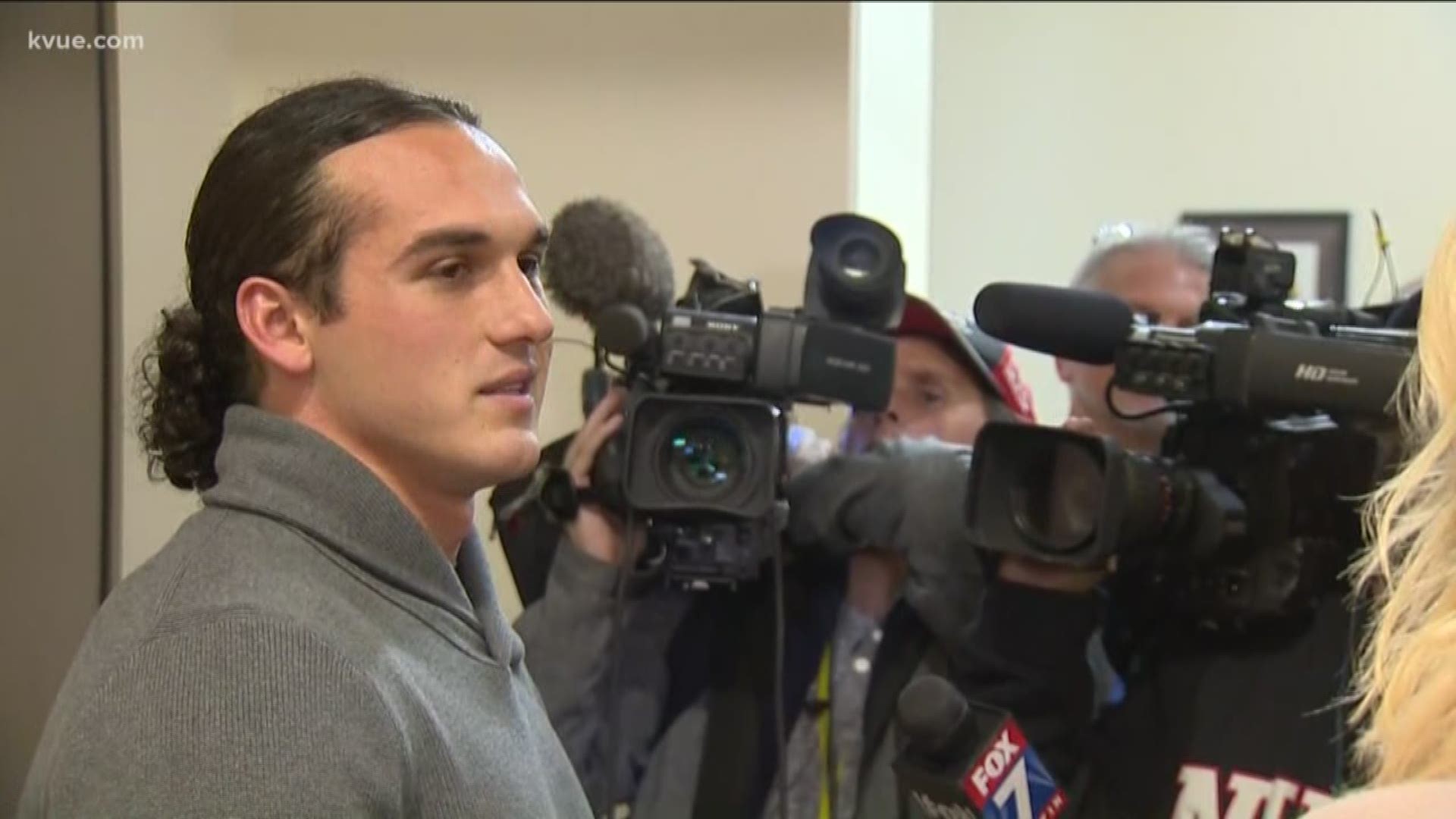 CEDAR PARK, Texas — Nov. 14 was an emotional night at the Cedar Park City Council’s specially called meeting to discuss the case and investigation into Greg Kelley.

Kelley, who was convicted of child sex assault in 2014, has since been let free after the Court of Criminal Appeals overturned his conviction on Nov. 9.

After a lengthy investigation by the Texas Rangers, five out of the nine appeals judges upheld a lower court’s ruling that Kelley was not guilty based on new evidence since the original trial, as well as deprivation of due process and ineffective assistance (referring to Kelley’s original lawyer).

The deprivation of due process refers to the investigation by the Cedar Park Police Department. According to supporters, friends and family of Kelley and even strangers weighing in on the meeting, Cedar Park police should be held accountable for Kelley’s wrongful conviction – specifically, the lead detective in Kelley’s original investigation, Christopher Dailey, who has since been promoted in the department.

Speaking to reporters after the meeting, Kelley said it’s his goal now to make sure Dailey and Cedar Park Police Chief Sean Mannix are held accountable for their actions.

"It's absolutely disgusting what the Cedar Park police chief said about the people that love me and stood up for me and stood up for the truth,” said Kelley. “And quite frankly, our mission now is to make sure these people do not have badges because I want it to stop with me.”

RELATED: Hearing to dismiss indictment is next for Greg Kelley

Kelley, who now lives in New York, said he returned to Cedar Park to make sure there is justice for him and his family, particularly his parents.

"My name is Rosa Kelley and I decided to talk to you in my name and in memory of my husband, Carlos Kelley," said Rosa Kelley. "He passed away five months ago waiting for this day. He's not here, but I am."

Greg Kelley became emotional when asked about his father after the meeting.

"I feel like he would be proud of his boy. His last moments before he died, I was there, my whole family was there, and he told me, 'Go and be whoever you want to be, Greg. This is all going to be behind you, man, and you're going to be free,' and I said, 'You know, dad, I will. I'll do it,'" said Kelley.

RELATED: ‘Today is a day of celebration’: Greg Kelley speaks with KVUE moments after conviction is overturned

According to Kelley’s lawyer, the next step is for the Williamson County District Attorney to issue an order to formally dismiss the case against Kelley. That was expected to happen on Nov. 21 – but Kelley said on Instagram Wednesday that his team was "catching wind" that his exoneration hearing was being postponed due to paperwork from the Court of Criminal Appeals not being sent over to Williamson County Judge Donna King.

"There could be a number of reasons why it's running behind but as of right now, we are being forced to wait," Kelley wrote in the post. "This has been a huge inconvenience for all parties as we have went to extreme efforts to organizing this to happen in a timely manner and stress that my life cannot start prior to this hearing ... This is disappointing."

Trump wants Supreme Court to block subpoena for his taxes