At the end of a three-day hearing Friday, a judge said that Greg Kelley would not be released on bond that day as she awaits findings of fact and conclusions of law. 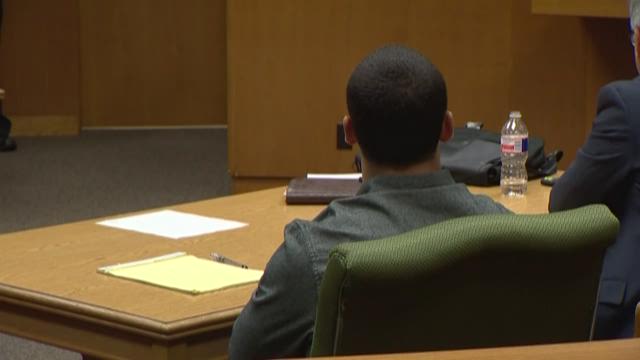 GEORGETOWN, Texas – At the end of a three-day hearing Friday, a judge said that Greg Kelley would not be released on bond that day as she awaits findings of fact and conclusions of law.

The third day of testimony consisted of Keith Hampton, Kelley's attorney since his 2014 conviction on child sexual assault charges, laying out reasons his client should be released. After Hampton's presentation, Williamson County District Attorney Shawn Dick said he could not defend Kelley's prosecution.

DA Dick: "The police investigation was wholly deficient...We can and we must do better."

District Judge Donna King said the proposed findings of facts and conclusion of law should be received by the court by Aug. 18. King will then make a recommendation to the Texas Court of Criminal Appeals, who will determine Kelley's fate.

Williamson County District Attorney Shawn Dick lambasted parts of the criminal justice system in his own county, saying it failed miserably in the Kelley case. The D.A. -- who took office in January -- apologized to the victim of the sexual assault that led to Kelley's conviction.

"My commitment is to restore the public's faith and trust in our criminal justice system," Dick said. "I can't do that by bowing to public pressure. I can't do that by defending prosecutions like Mr. Kelley's."

He said that Cedar Park police failed to properly investigate, that prosecutors exercised tunnel vision and that Kelley's own defense lawyer ignored evidence in his favor.

The lead investigator on the Kelley case with the Cedar Park Police Department stands by his work. He did testify at the hearing earlier this week when prosecutors went down a striking list of things he did not do. But as for the department itself, Chief Sean Mannix has steadfastly stood by its work. He said now we must wait for the judicial process to work itself out.

RELATED:
'He is being attacked': Attorney for alternate suspect in Kelley case speaks out
Greg Kelley can't be ruled out, third suspect named on day 2 of hearing
Day 1 of Greg Kelley hearing: Family members, original detectives testify
Hearing to present alternative suspect in Greg Kelley case unfolds Wednesday
Greg Kelley: What we know about his case so far

The second day of the hearing brought new revelations, including one from Texas Ranger Cody Mitchell, who said a third person is now considered a suspect in the crime. Mitchell did not name that third person, but also identified Johnathan McCarty – who prosecutors have previously identified – and added he could not rule out Kelley as a suspect.

Family spokesperson Doug Douglas provided the following statement from Kelley and his family to KVUE’s partners at the Austin American-Statesman:

“For more than three years, Gregory Kelley, his family, friends, supporters, and concerned citizens into the thousands, have been asking our legal system to take a second look at the failures that occurred during the investigation and trial of Greg Kelley. This week, we received that look and are grateful to District Attorney Shawn Dick and his team, Judge Donna King, the Texas Rangers for their thorough investigation into this matter, and the Williamson County Sheriff’s Office for their assistance, protection, and helpfulness.

“We have listened in disbelief to the many failures of the Cedar Park Police Department, led by Chief Sean Mannix and Sergeant Christopher Dailey. It has become obvious to all who have listened that new leadership is required within this police force. While we fully support law enforcement and officers, they need solid, dependable leadership to function at the highest levels. When the stated objective of a successful investigation is to get a conviction, and not to uncover the truth, a change is non-negotiable.

“It was well documented in these proceedings that Christopher Dailey did not do his job. He failed to do the most common of steps in an investigation, and according to the Texas Rangers, set their target on Greg Kelley and reshaped the facts to fit the suspect. Texas Ranger Cody Mitchell stated that this type of failure scares him to death.

“It also became evident that Patricia Cummings’ loyalty appeared to lie with the McCarty family due to her 10+ years of involvement with them. This legal conflict of interest put the interests of Johnathan McCarty ahead of her client, Gregory Kelley. This is unthinkable! Person after person, including the private investigator that Cummings hired to find the truth, were dismissed at any mention of investigating Johnathan McCarty. He was a legitimate person of interest, and the Defense wouldn’t even consider him? This is odd, at best.

“When you consider that Greg Kelley had a police department that refused to consider Johnathan McCarty, and a Defense Attorney who goes back more than 10 years with the McCarty family and won’t even hear of looking into Johnathan McCarty, what you have is a young man like Greg Kelley who is destined to fall victim to a system that is set up to fail at justice.

“We believe that there is more than enough irrefutable evidence of failures in this case that Greg Kelley should be exonerated, or at the very least, given a new trial. We are hopeful that this has become clear to Judge King over the past 3 days and she will make this ruling quickly.

“And finally, to the victim’s family. We are in no way intentionally trying to hurt you, reopen wounds, or want anything but the very best for you and your son. We are here today because other people have failed you throughout this ordeal by not doing what they are supposed to do at the level of excellence that is required. We seek justice for all involved, especially you. We support you. We pray for healing within your family.”