The Hutto police sergeant was killed in the line of duty in 2015 after being run over by his own vehicle. 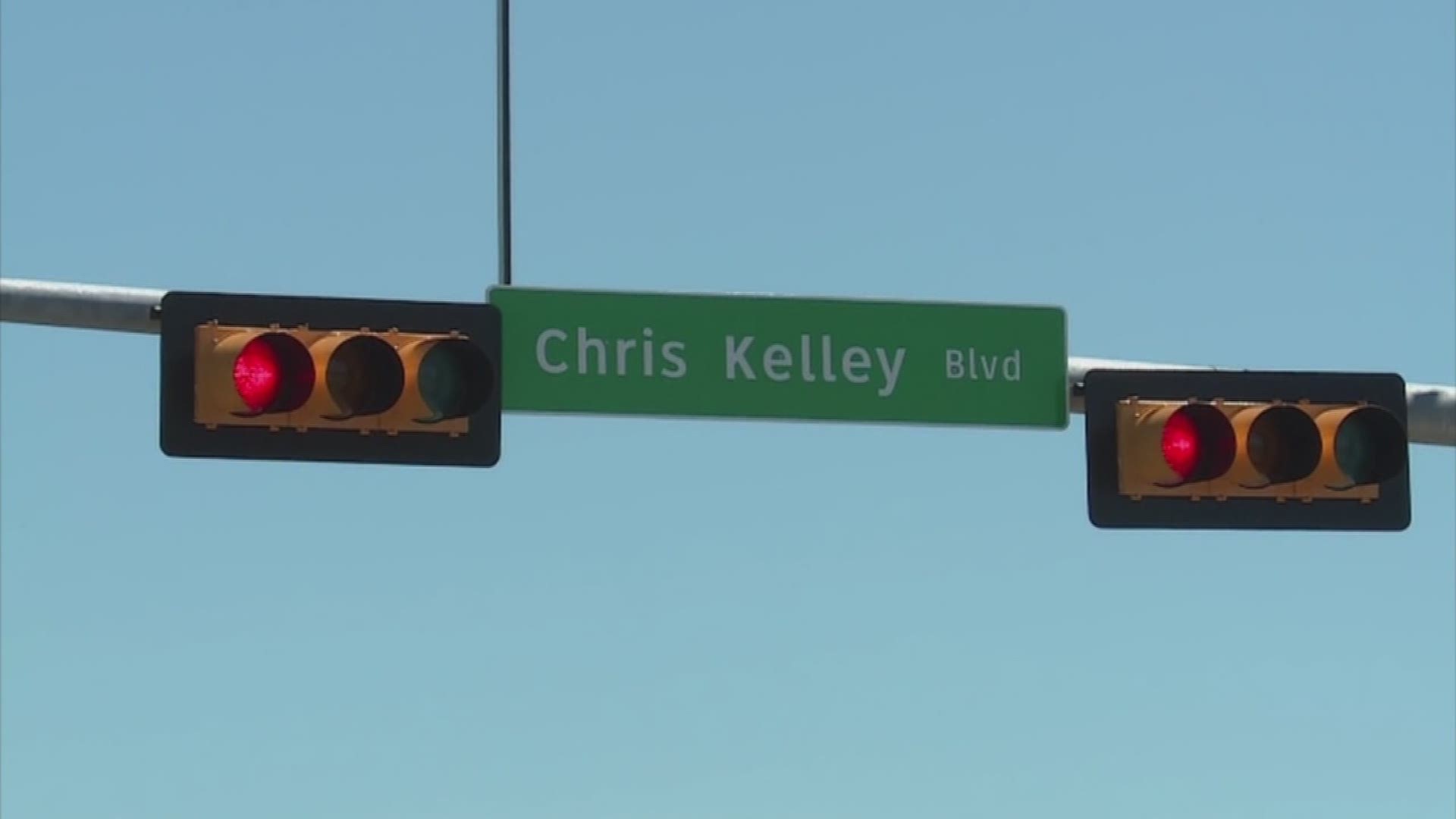 HUTTO, Texas — Editor's Note: The video above was published in June 2017.

The governor on Tuesday signed a bill into law that officially renames a portion of U.S. Highway 79 after a fallen officer.

HB 3471, authored by Rep. James Talarico, renames the portion of the highway in Hutto after the Hutto Police Department's Sgt. Chris Kelley.

The incident happened near the intersection of FM 1660 and Meadow Lark Lane. Sgt. Kelley was responding to a call and was not in uniform when it happened. He had just apprehended the suspect, Colby Ray Williamson, when he ran over the sergeant.

Kelley was the first active-duty officer to die in the history of Hutto.