'It's time to start blaming the unvaccinated folks' for rise in COVID-19 cases, says Alabama governor

When asked about a mask mandate, Ivey said, "I want folks to get vaccinated. That's the cure. That prevents everything." 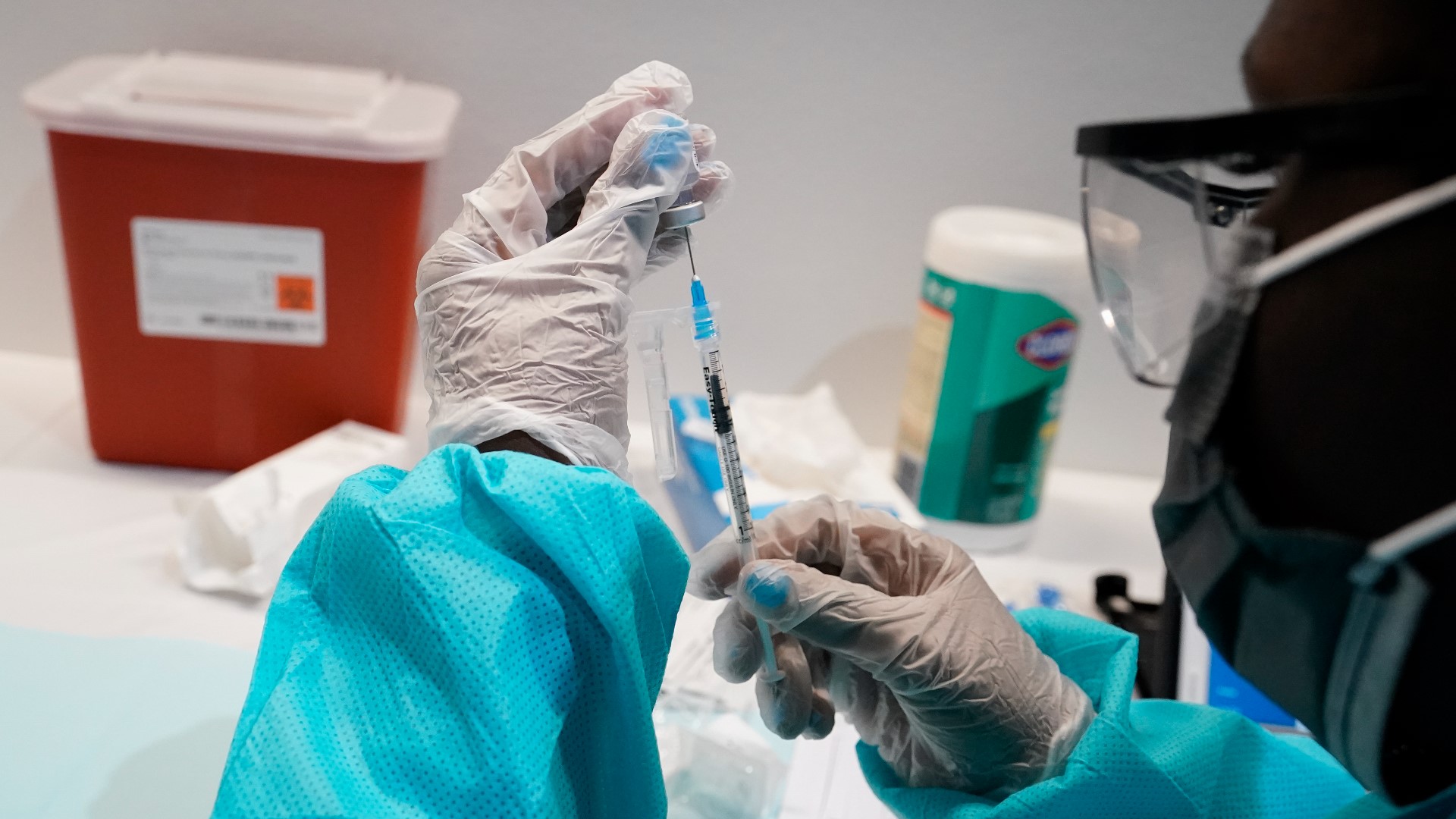 BIRMINGHAM, Ala. — The head of the health department in Alabama's largest metro area says COVID-19 is spreading so rapidly that public places should consider a return to requiring face masks.

Governor Kay Ivey she says she prefers pushing the vaccine over a new mask requirement.

The health officer for Jefferson County says studies have shown the delta variant that has taken hold in Alabama can spread between people in less than a minute.

Gov. Kay Ivey says the unvaccinated are risking death needlessly and that the blame for the new surge in cases is with people who refuse to get vaccinated.

The governor said she doesn't like another mask mandate, but she also doesn't know how to convince more people to get their COVID-19 shots.

When asked about a mask mandate, Ivey said, "I want folks to get vaccinated. That's the cure. That prevents everything. Why do we want to mess around with just temporary stuff? We don't need to encourage people to just go just half way with curing this disease. Let's get it done. We know what it takes to get it done. You get a shot in your arm. And so I've done it. It's safe, it's effective, that data proves that it works. Doesn't cost you anything. It saves lives."

When asked about masks in schools, Ivey said, "It's up to every school district to make that decision."

And when asked about what it will take to get shots in arms, given that Alabama in last in the nation in vaccination rates, she said, "I don't know. You tell me. Folks are supposed to have common sense. We have to start blaming the unvaccinated folk, not the regular folks. The unvaccinated folks have let us down."

When asked if she, as the leader of the state, thought it was her responsibility to help get this situation under control, she said, "I've done all I know how to do. I can encourage you to something, but I can't make you take care of yourself."

Her comments come in response to an exponential rise in COVID-19 cases in Alabama's largest metro area because a new, highly contagious variant is spreading among the unvaccinated.

The head of the area health department said public places should consider a return to requiring face masks.

Dr. Mark Wilson, the health officer for Jefferson County, said that with only 31% of the population fully vaccinated and nearly all the new, most serious cases among people who aren't inoculated, the state's vaccination rate is "way, way below" what is needed to control the pandemic.

Alabama along with Mississippi have the two lowest vaccination rates among U.S. states, according to the U.S. Centers for Disease Control and Prevention.

RELATED: 'I'm sorry, but it's too late,' doctor tells hospitalized COVID patients who ask for vaccine