While some were surprised about the Boy Scouts of America expanding its program to allow girls, the move didn't surprise leaders of the Girl Scouts of Central Texas. 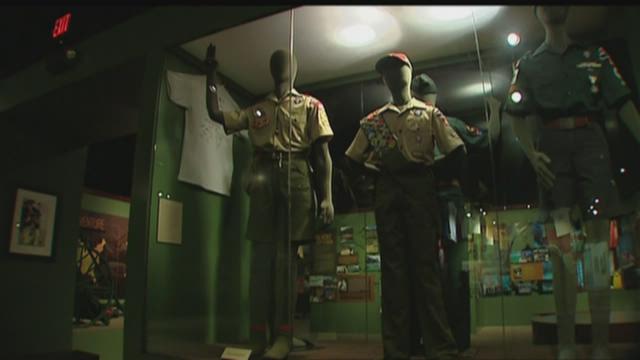 AUSTIN - An announcement by the Boy Scouts of America on Wednesday that they were expanding their Cub Scout and Boy Scout programs to include girls starting in 2018, didn't really shock Lolis Garcia-Baab.

The Director of Marketing and Communications for the Girl Scouts of Central Texas said that the move by the BSA doesn't necessarily look that big.

"Really what they did is take a program that was designed for boys," Garcia-Baab said, "And simply add girls to it. We believe that girls need something that is for them."

Lynelle McKay, CEO of Girl Scouts of Central Texas, agreed. She said that while Girl Scouts respect the BSA and have always had a good working relationship with them, that the boy-focused group would never be a replacement for Girl Scouts.

"We have a 105 year history of girl scouting," she said. "Right here in Central Texas, we were established 97 years ago."

McKay admitted that their biggest challenge every year is to stay relevant for modern girls, but believed that the Girl Scouts were particularly suited to do just that.

"We just launched our G.I.R.L. initiative," she said. "That stands for go-getters, innovators, risk-takers and leaders... We want her to be the Chief Executive of her life so that she grows up knowing that she can do anything, she can be anything."

Garcia-Baab explained that while Boy Scouts and Girl Scouts share similar values like "family friendly programming," the two programs have been uniquely developed for their respective roles.

"Girl Scouts was founded to give girls an edge," she said. "It was founded in 1912, before women even got the right to vote. We recognized that women needed their own space, even back then, and an organization that operated in a way that hadn't been seen before."

Both women said they respected the move by the BSA, but said they both believe that Girl Scouts remains the best option for girls.

"If I had a son," Garcia-Baab said, "I would probably put them in Boy Scouts. They have a great program. But if I was looking for something for my girls, I would look to a program that has their interests at heart."