The Bee Cave shop is offering the cupcakes for free to UT students and graduates in honor of the football star who was killed Saturday in a motorcycle crash. 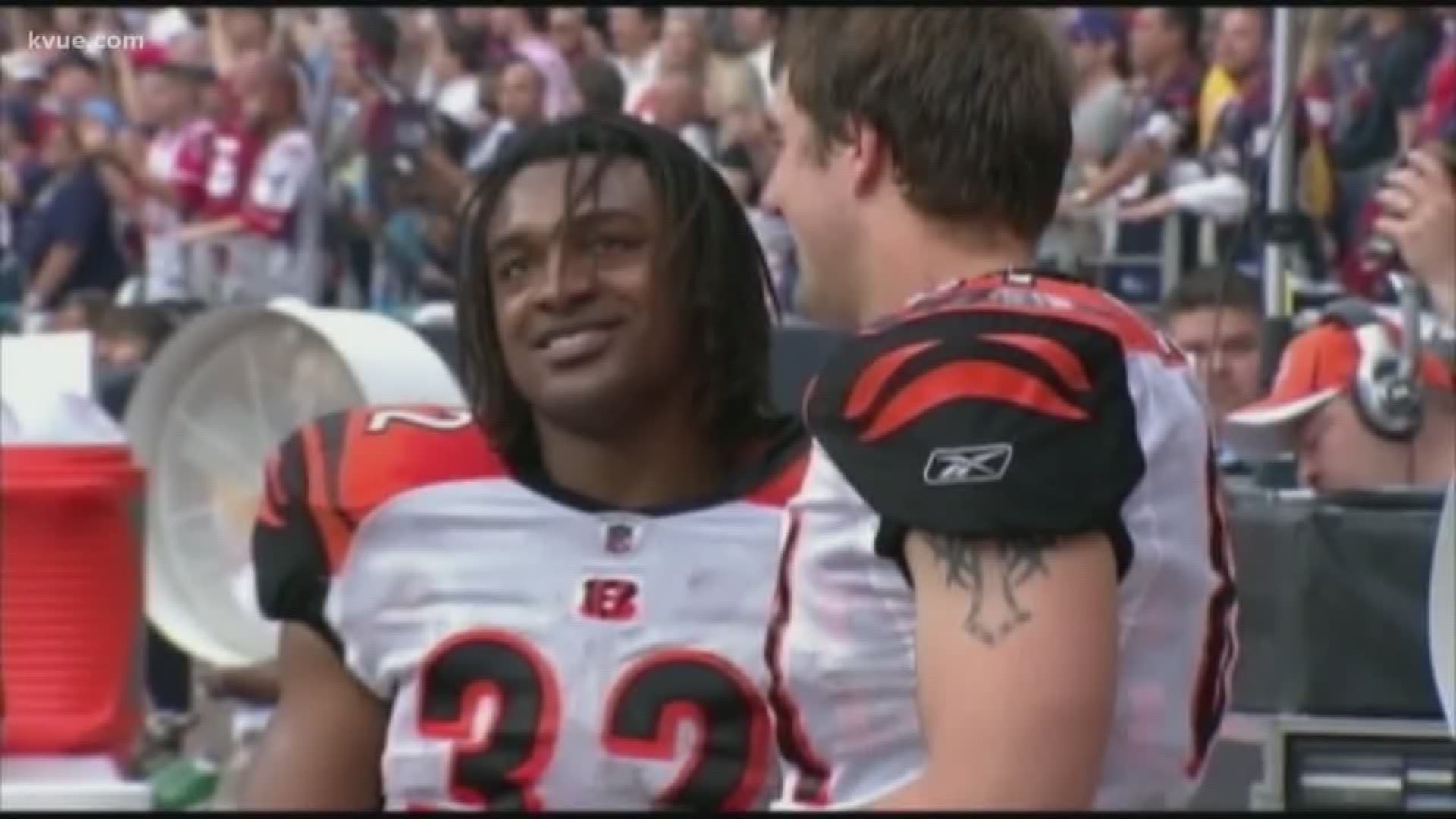 After the former Texas Longhorns and NFL star died Saturday in a motorcycle crash, Brian Orakpo, the co-owner of a Gigi's Cupcakes franchise, took to Instagram to announce the special treat.

"Obviously everyone knows about the tragic news we had about our fallen brother, Cedric Benson, a.k.a. Ced B.," said Orakpo. "What I decided to do is make a Ced B. cupcake in honor of him."

The cupcake includes burnt orange, buttercream icing on a wedding cake-flavored cupcake, with an image of Benson emblazoned on top.

The shop will be giving away 32 Cedrick Benson cupcakes away for free, as long as customers can prove that they are attending or graduated from the University of Texas.

Orakpo co-owns the franchise with former professional football player Michael Griffin, another fellow Longhorn. They both played for the Tennessee Titans as well.

Their childhood friend, Bryan Hynson, is another co-owner.

Benson, along with passenger Aamna Najam, died in the collision. They were 36 and 27, respectively. The crash occurred at FM 2222 and Mt. Bonnell Road.