Georgetown to focus on custom and innovative education

Wednesday, the focus was on the students at the third annual State of the District Address in Georgetown. 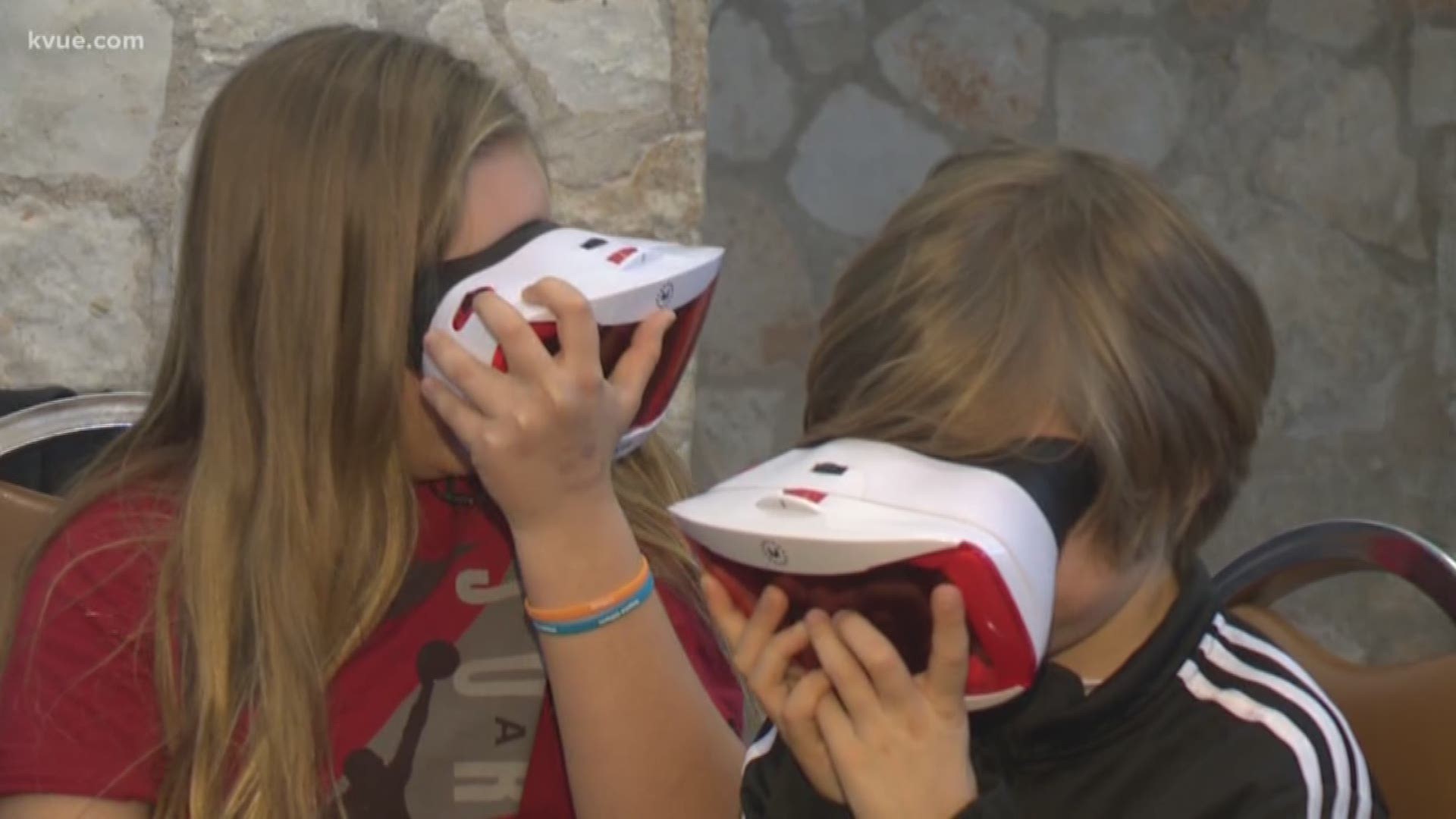 But this time, instead of focusing on facts and figures, Superintendent Fred Brent put the focus on the students.

"That's really cool,” said one fifth-grade student as she looked through goggles at a virtual reality coral reef. "You can see a lot of fish because they live there now.”

The virtual reality is a pilot program at one of the campuses, and students showcased the technology at Wednesday’s event.

It's something fifth-grade teacher Jodie Hoadley said she uses with her class every other week.

"We learned a little bit about lagerhead turtles, this is the migration,” said Hoadley.

"It's a way for students to make connections to information they're learning in class they haven't really been able to experience in the real world,” said Hoadley.

At the State of the District event, the public also got to check out the underwater robotic competition team.

"It's really great to have a ton of hands-on experience to learn if it really is for you,” said East View Senior McKenzie Reasonober.

Brent wanted to showcase what happens inside each school.

"Public education is a foundation of our community," said Brent.

The students had a hand in the whole event, from flower arrangements to food to entertainment.

Georgetown is one of the fastest growing cities in the country.

For the district, that means on average they’ve seen more than 200 new students each year for the past five years.

And as the community grows, the district wants to make sure teachers and students have the tools they need for success.

Brent said that means education that is customized and innovative.

"Our students needs are much more different than they were when I was back in school,” said Brent.

Brent said it's part of the plan to create a unique learning experience for each student, and prepare them for the future.

"The future is very uncertain, the skillset to make it in the future is much different than some of the things the school model were built on," said Brent.

He wants students to be able to think creatively and critically -- wants them to adapt and overcome failures -- and be able collaborate with others.

"I need life-skill qualities from my students so they can survive in the world out there,” said Brent.

To handle the growing student population, the district just opened a new elementary and middle school and is renovating one of their older middle schools.

Superintendent Brent told KVUE they're also putting together a citizens advisory committee to start talking about the potential need for another bond election to accommodate growth.