Six months ago, a Georgetown mom lost her two-year-old son, Kade, when he climbed a neighbor's wrought iron fence and died of asphyxiation. 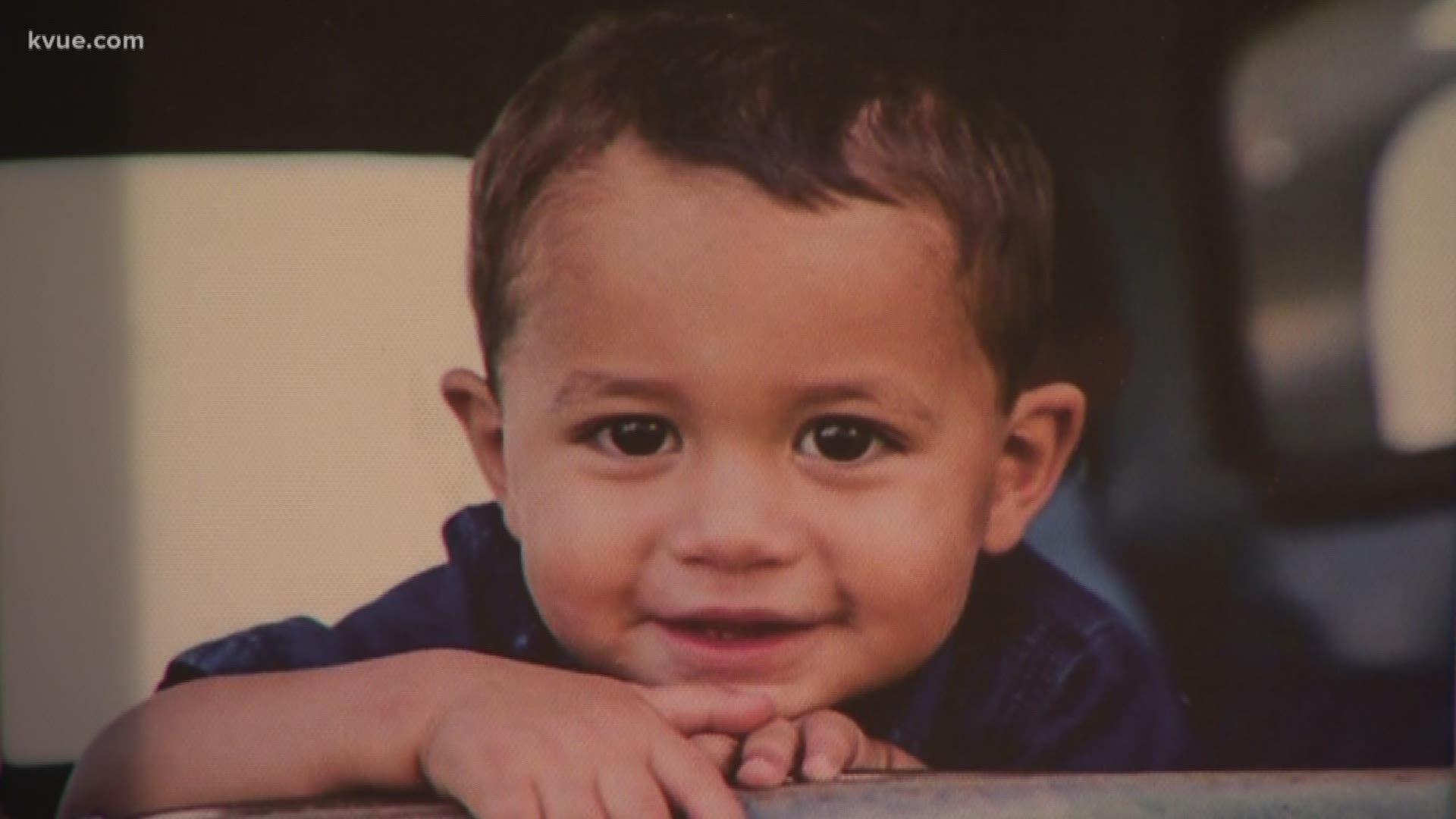 GEORGETOWN, Texas — A Georgetown mother is turning the pain of losing a child into advocacy.

Six months ago, Julie Damian lost her two-year-old son, Kade, when his neck became trapped in between posts and he died of asphyxiation.

Damian now wants other parents to know how dangerous the fences are and how easy it is for children to climb and get stuck on them.

The mother of three explained how the accident happened on March 22.

While Kade and Luke played outside, Kade wandered out through a side gate and across the neighbor's backyard where he tried to climb a wrought iron fence.

"My husband found him on the fence and his neck was caught in between the rails. At the top there's those bars that stick up and it's a low fence, about four feet, but it's got those horizontal bars, a low one and a top one and he had apparently pulled himself up using the bottom rungs to step on and tried to pull up over and when he did pull over, he got stuck," Damian said.

During the interview, Damian didn't shed a tear until KVUE's Jenni Lee asked her how she was able to keep it together so well.

Damian said she has no other choice as she pointed to her children.

"They need me to be the best mother that I can be because they're still living and even though Kade is not here, they are and I got to be the best that I can for them and if I'm constantly a hot mess then they aren't going to grow up being the best they can be," Damian said.

Reminders of Kade are everywhere.

There's everything from his bicycle with training wheels that his little brother, Luke, will eventually ride to a memorial rock with an inscription that bears his full name, birth and death dates.

"I remember one of the last games we played inside. I remember there was a quest to get to your bed without Daddy or you seeing us," said the seven-year-old.

These are moments mom and Kellan call "Kade memories," remembering stories of someone they now call an angel.

Damian started a Facebook page called Kade's Krusaders to warn about the dangers of wrought iron fences. She said she wants to reach out to big-box stores to ask them to stop selling fences with sharp tops and only sell the flat tops.

Editors Note: A previous version of this story incorrectly stated Kade died after becoming impaled when the actual cause of death was asphyxiation. Only two of Damian's children were home at the time of his death, not all three.