An arrest warrant for murder was issued for suspect Jimmy Allen Tschoerner, 48, in connection to the disappearance of Harvey Huber. 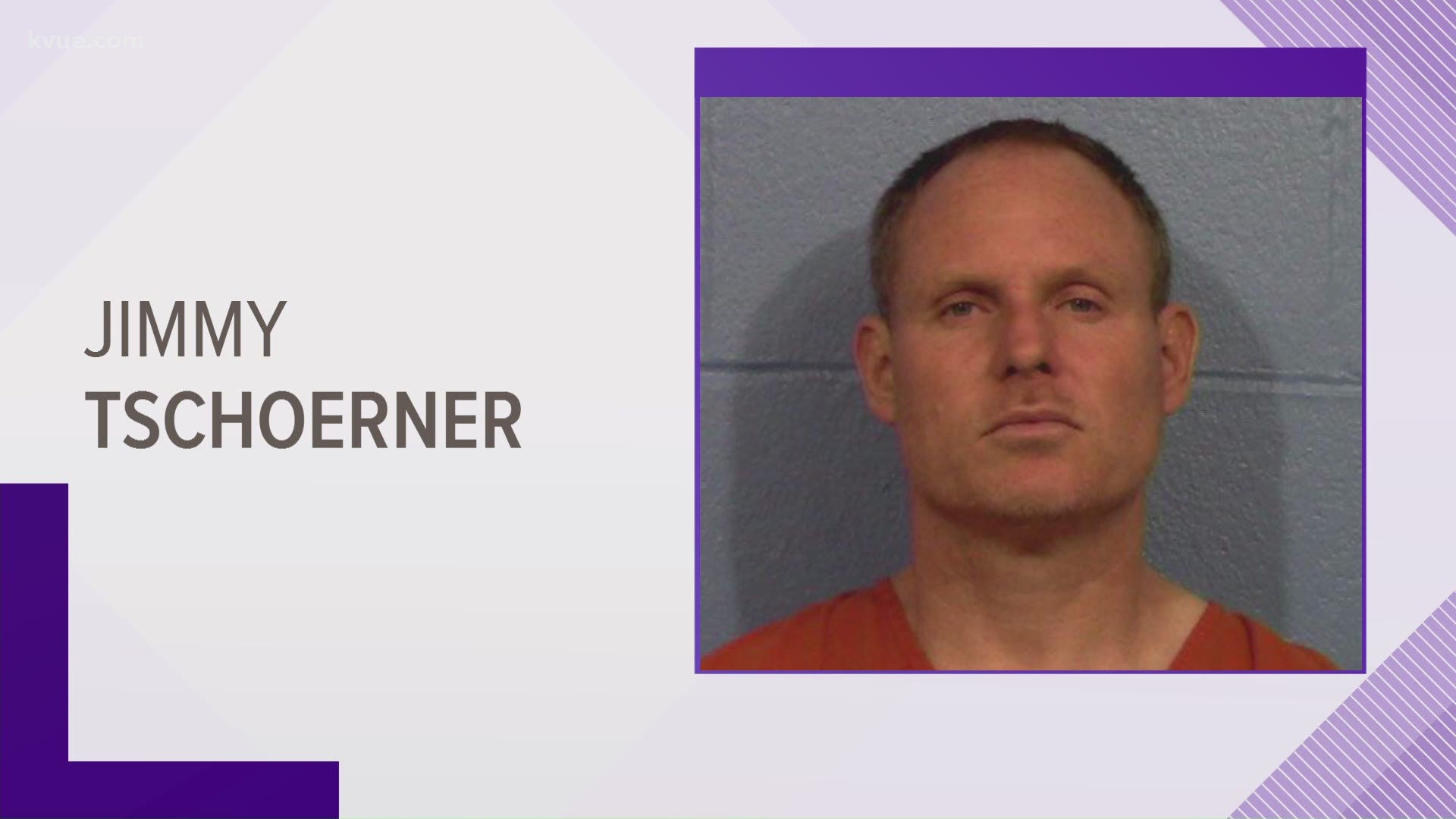 GEORGETOWN, Texas — A man previously arrested and charged with tampering with physical evidence in connection with the disappearance of a Georgetown auto shop owner has now been charged with his murder.

Harvey Huber, the owner of Huber Auto Repair, was reported missing on Feb. 25. On Friday, an arrest warrant for murder was issued for suspect Jimmy Allen Tschoerner, 48, in connection with Huber's death.

DNA evidence from Huber’s auto shop, from a tow truck operated by Tschoerner and from a location along Interstate 35 that Tschoerner’s cellphone records placed him at the night Huber went missing came back as a match with Huber’s children, the City of Georgetown said in a statement.

A previously unidentified witness also told investigators Tschoerner had told them, “Harvey is not a problem anymore. I killed him.”

The City of Georgetown said the Huber family was made aware of the murder charges on Friday afternoon.

The family told KVUE in March Tschoerner was known to drive tow trucks for Huber, 50, and that he was living in a trailer on his property.

Court documents state Huber was last seen at his shop that Tuesday drinking with friends, including Tschoerner. The wife told police Huber got into an argument about religion with one of the men in his shop. At some point, that man and Tschoerner both decided to leave the shop. According to the wife, the man called her stating that he wanted to speak with Tschoerner.

Based on surveillance video in the area and provided phone records, police believe Tschoerner traveled back to the shop that evening. Tschoerner told police that when he returned, Huber appeared to be irate and was ranting.

Court documents state Tschoerner told police he left and locked the front gate with Huber still inside. When asked why he would lock the front gate of someone else's business with the owner still inside, police said he could not provide a logical explanation. When asked where he went next, police said he refused to answer and told them to check GPS.

Surveillance video from the area showed a tow truck leaving the auto shop with an object in the back. It appeared to be a tarp flapping in the wind covering something about the size of a human corpse, police said. The man who argued with Huber told police a tarp was missing from the shop.

Police said they analyzed stains found on the back of Tschoerner's wrecker, which tested positive for blood.

Using Tschoerner's phone records, data placed the phone's location at the auto shop, at T.I.P. Tow Wrecker – Tschoerner's employer – and at a location in the 3000 block of Interstate 35 with a private property entrance.

Police said there is a tunnel directly under this driveway. Upon examining the tunnel, police said another human bloodstain was found near the entrance. Officials also discovered additional bloodstains as well as human bone and tarp fragments that matched the one that was reported missing from the shop.

While they were examining the crime scene, police noted that they saw Tschoerner drive by.

Officials at the scene said it appeared someone had dragged a heavy object across the driveway, over a guardrail and down the concrete embankment into the tunnel. This path was marked by blood, human skull fragments and pieces of tarp.

According to police, both Tschoerner and Huber's wife admitted that they had been involved in an ongoing, secretive sexual relationship. These statements were backed up by text messages between them provided to investigators.

Documents state that the wife traveled to meet with Tschoerner on the morning after Huber's disappearance near the tunnel. At this time, police said they believe Huber's body was still in the tunnel. She reported to police that when she met with Tschoerner, he told her that he had already been to the shop and knew that Huber was missing.

Police said Tschoerner told them that he asked her to divorce Huber on several occasions, but she refused to and said that she would never leave him.

Tschoerner spent 16 years in Kansas Department of Corrections custody before they transferred him to Oklahoma custody on other charges, including robbery with a dangerous weapon and kidnapping.

Tschoerner was previously charged with tampering with physical evidence, a second-degree felony.