'I don’t think Texas is up for grabs.' Texas is not a battleground state, says RNC Chairwoman at MAGA meetup

Around 150 people showed up for the MAGA meetup in Georgetown. 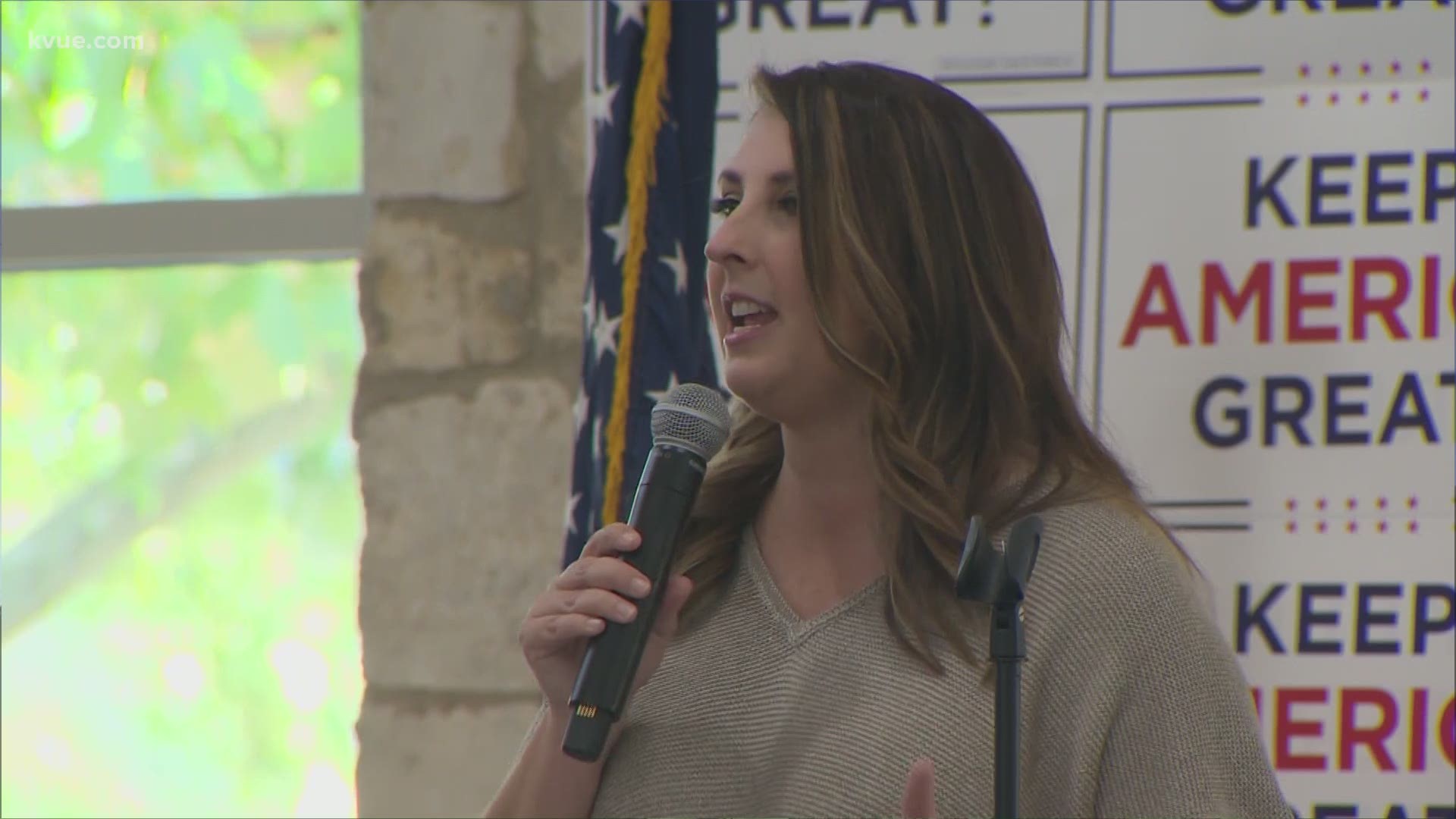 GEORGETOWN, Texas — Around 150 people showed up to the Georgetown Community Center for a Make America Great Again meetup on Wednesday, including the Republican National Committee Chairwoman Ronna McDaniel and Co-Chairman Tommy Hicks.

KVUE asked McDaniel if she thought Texas was a battleground state.

"I don’t think Texas is up for grabs, but I’m going to be here because we’re not going to take any state for granted," said McDaniel. "The president cares about Texas deeply. We also have a lot of congressional seats that we want to flip back and we think that that will help us win the House."

McDaniel said the "ground game" will be key to keeping Texas red in the 2020 election.

"This is a bellwether district. This is going to determine Texas. So we wanted to make sure we were here and supporting the efforts," said McDaniel. "And you’re seeing a big difference between our campaign and Biden’s campaign because we’re actually showing up and knocking doors and having a ground game and Biden’s doing everything virtually. And we just know word of mouth and people getting out and talking to each other makes the biggest difference in winning an election."

Wednesday's meetup served as a way to recruit and organize volunteers and get supporters together.