The middle school teacher is currently on administrative leave pending an investigation in Bell County. 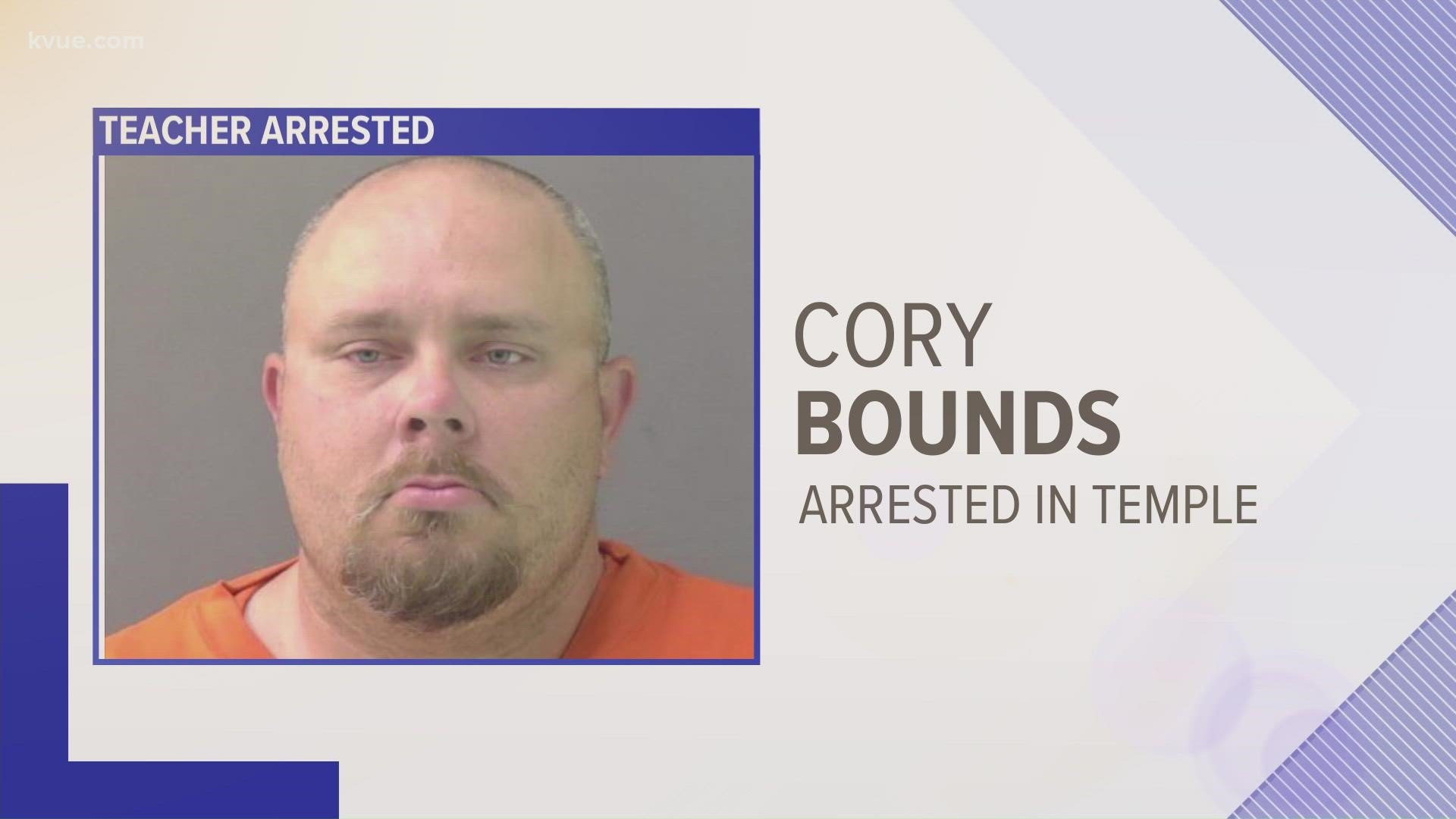 TEMPLE, Texas — A sixth-grade technology applications teacher at Wagner Middle School has been arrested and charged with sexually assaulting an 11-year-old girl.

Temple man Cory Bounds, 35, was arrested by the Temple Police Department on Sept. 25 and charged with indecency with a child, sexual contact, a second-degree felony, Bell County Jail records show.

Police said they were called to the incident just after midnight in the 1300 block of Honey Hill Drive in Temple. The victim knew Bounds, according to police.

Georgetown ISD reported that Bounds was only employed with the district for a few weeks. He is currently on administrative leave pending the investigation in Bell County.

Sheriff confirms sightings of Brian Laundrie reported, but nothing substantiated yet