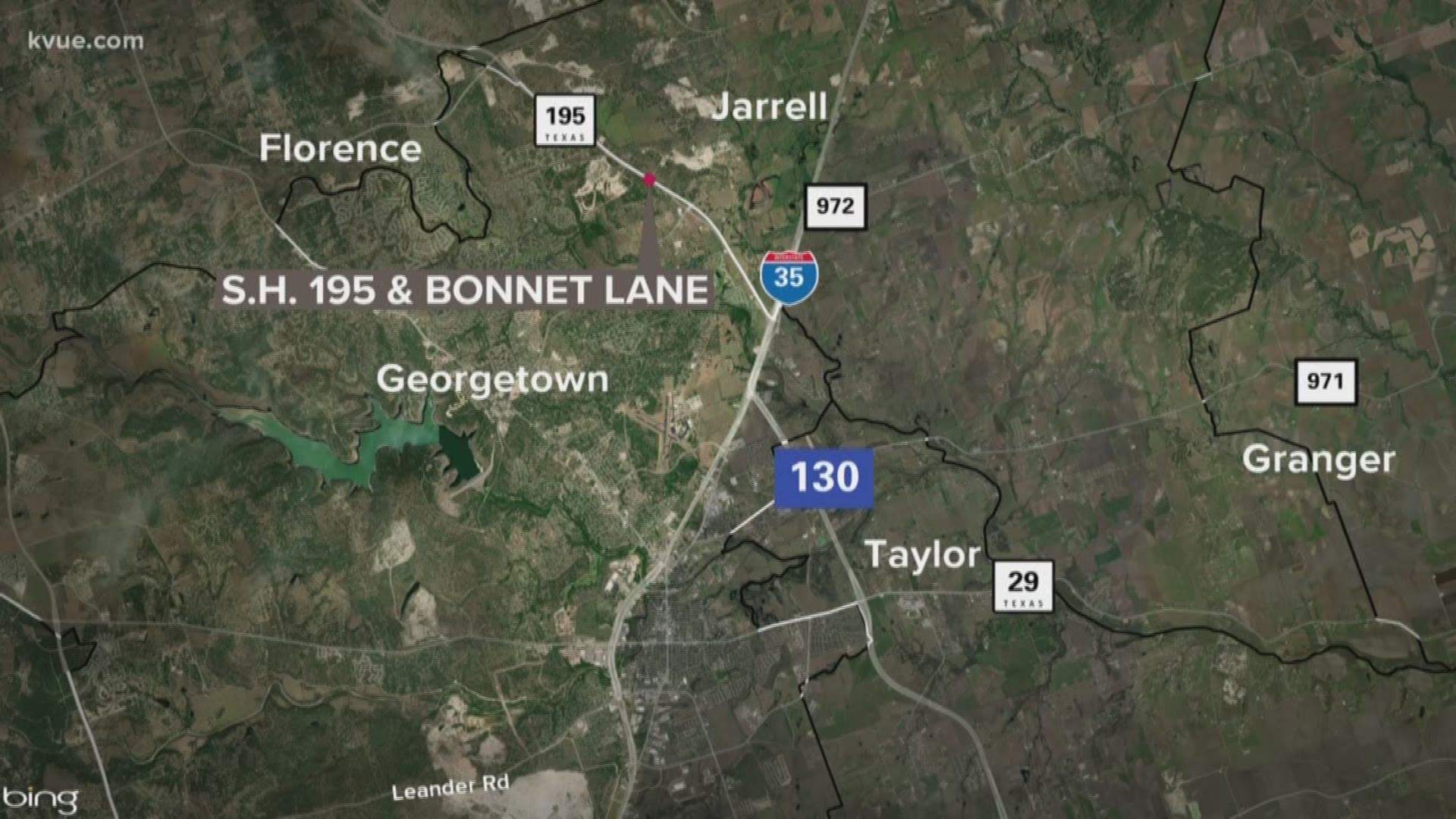 GEORGETOWN, Texas — Three people are dead after a crash near Georgetown off State Highway 195 on Saturday night.

Authorities said a car driving in the southbound lane lost control and crossed into the northbound lane, hitting another car.

The Texas Department of Public Safety responded to the crash, the sheriff’s office said.

Deputies are not releasing details about the victims' identities.

Northbound traffic was diverted via CR 234 to Ronald Reagan.

Motorists have been asked to avoid the area.