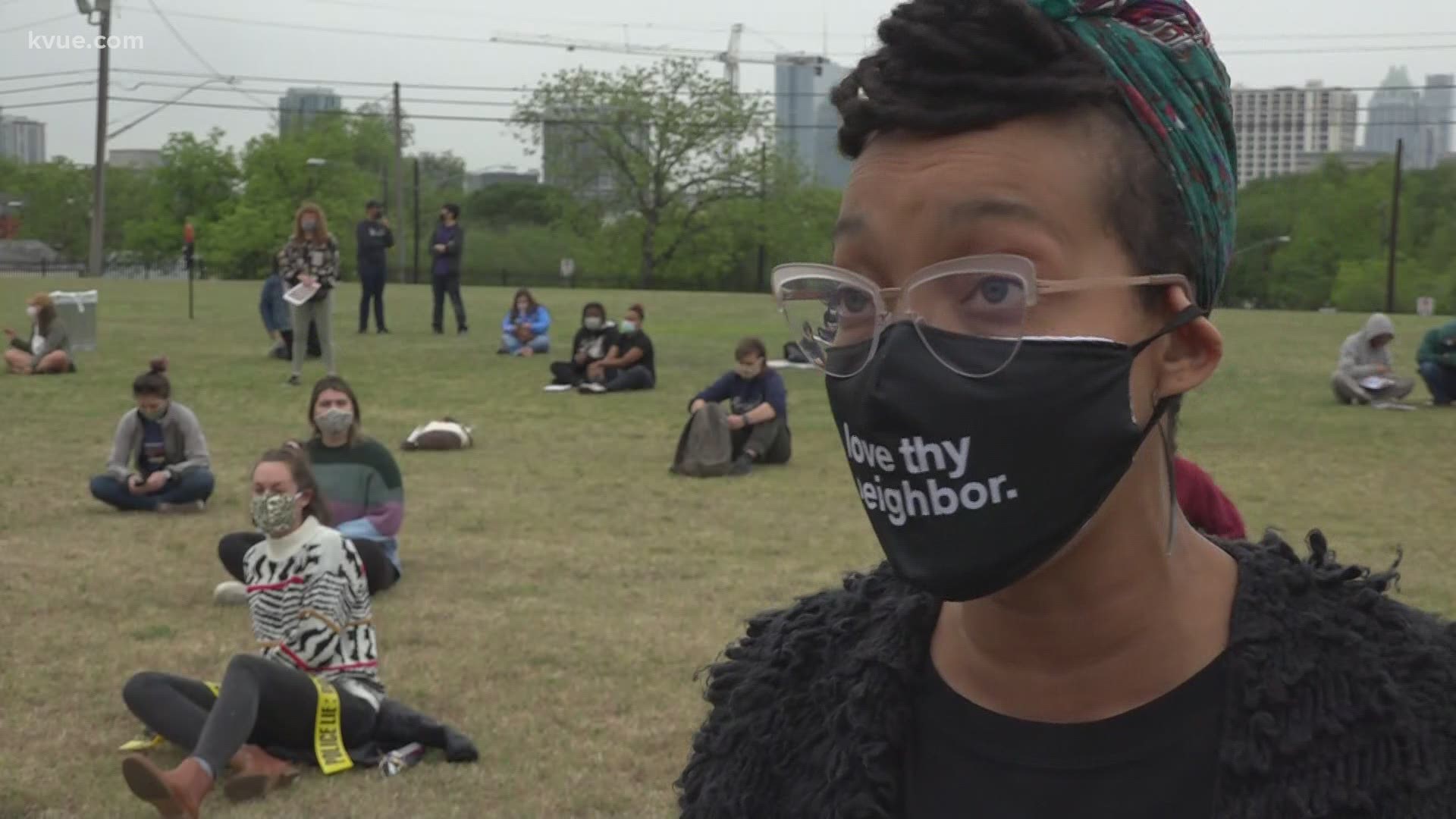 "It was one very small moment that the justice system seemed to be working," Chas Moore, who runs Austin Justice Coalition, said. "I would challenge us to think a little bit more and beyond what happened on Tuesday, because at the same time that verdict was being read, a young lady in Columbus, Ohio, was shot."

"That verdict was a sign of just how abysmally broken the system is, that this verdict carries the weight, that it does have so much celebration for one verdict," Burnette said. "The verdict does at least show a small vulnerability in the armor of police impunity. This is a sign of hope."

Listeners at the rally found it was a way to come together with the community and move forward.

"I'm very angry and exasperated and I needed somewhere to channel my anger," Crystal Bird said. "It's cathartic to be around a bunch of people that feel the same way that you do. We need to hold each other right now."

Nearly all the speakers spoke to the next steps in the fight for racial equality: direct action.

"If everybody is going to be upset about protests and things like that, then we need to talk about the why and not just the what," Devin Driver, a member of the Texas Criminal Justice Coalition who attended the rally, said.

In Thursday's case, the direct action came in the form of voting.

"We can, I can, give a little 'rah rah' closing speech, or we can practice a direct action and go march over to [Zaragoza Cultural Center]," Moore said. "We can walk together and vote. If y'all want to do that, I want to go vote. Do we all want to go vote? Yeah, let's go do that. Let's go vote."