The sweeping police reform bill would ban chokeholds and no-knock warrants in some cases. 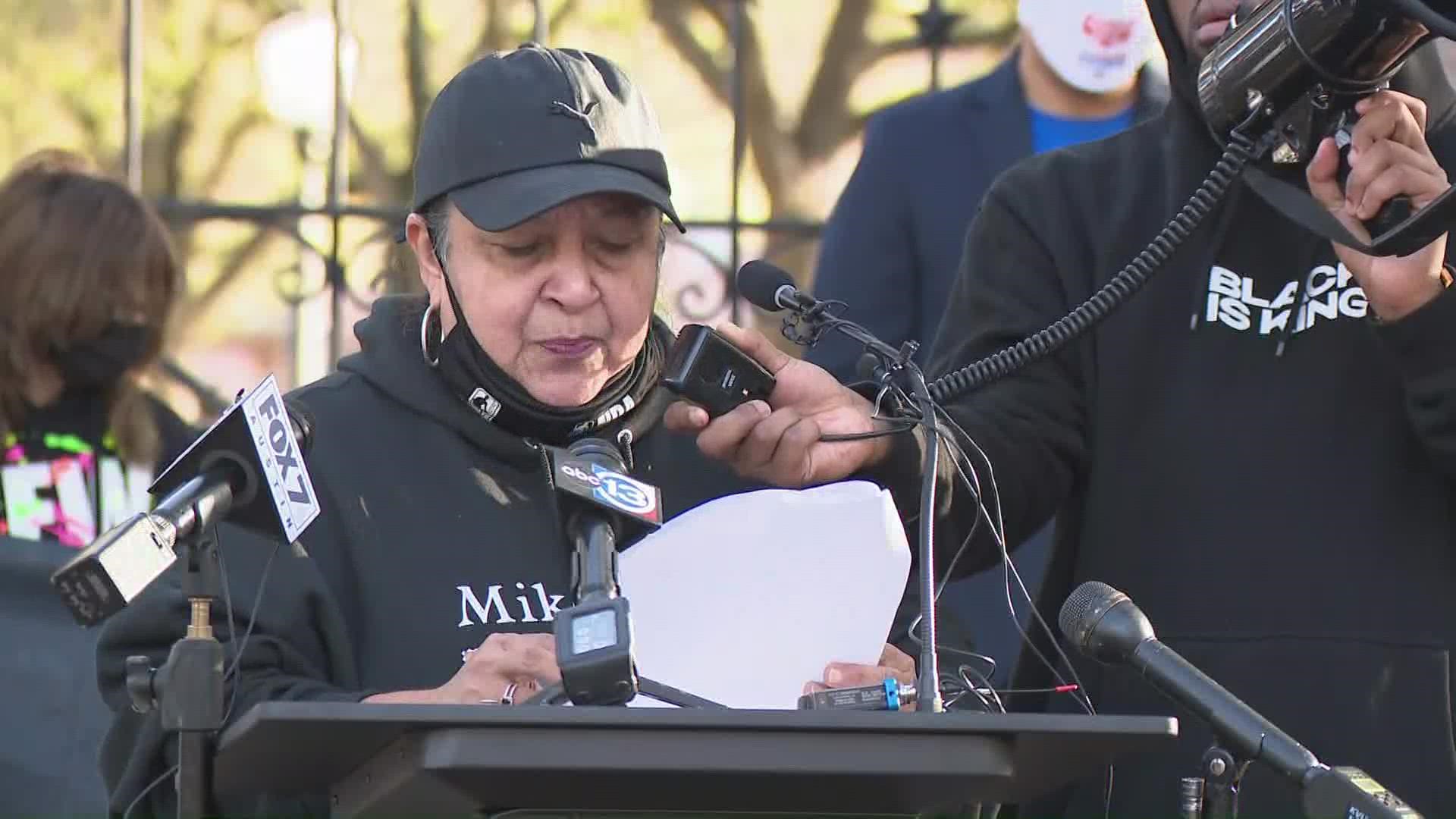 The George Floyd Justice in Policing Act would bring big changes to policing. The sweeping police reform bill would ban chokeholds and no-knock warrants in some cases. It also prohibits racial profiling and would end qualified immunity for officers, which protects them from civil suits.

Protesters are urging the Texas Legislature to also pass other bills aimed at police reform. Another bill filed by Rep. James Talarico would ban police contracts with reality TV shows.

That bill was filed in response to the death of Austin-area man Javier Ambler in Williamson County deputies’ custody. Ambler’s death on March 28, 2019, was filmed as part of a contract with the show “Live PD.” Deputy J.J. Johnson, who had a “Live PD” crew with him, began chasing Ambler after he failed to dim his headlights and did not stop.

Activists, including those with the Austin Justice Coalition, gathered in front of the Texas Capitol Thursday to urge the passing of these bills:

The first speaker at the rally was Brenda Ramos, the mother of Mike Ramos. He was shot and killed by an Austin police officer about one month before Floyd died in police custody. The officer who fired the bullet, Christopher Taylor, has been indicted for the charge of first-degree murder.

Other family members of victims spoke as well.

Floyd suffocated during an arrest by a Minneapolis police officer in 2020, sparking nationwide outrage, including in Austin.

Austin-area homes are selling for the most above asking price compared to the rest of the U.S.