GBRA leaders cite safety concerns, while community members are afraid dewatering the lakes will have a devastating affect on the economy. 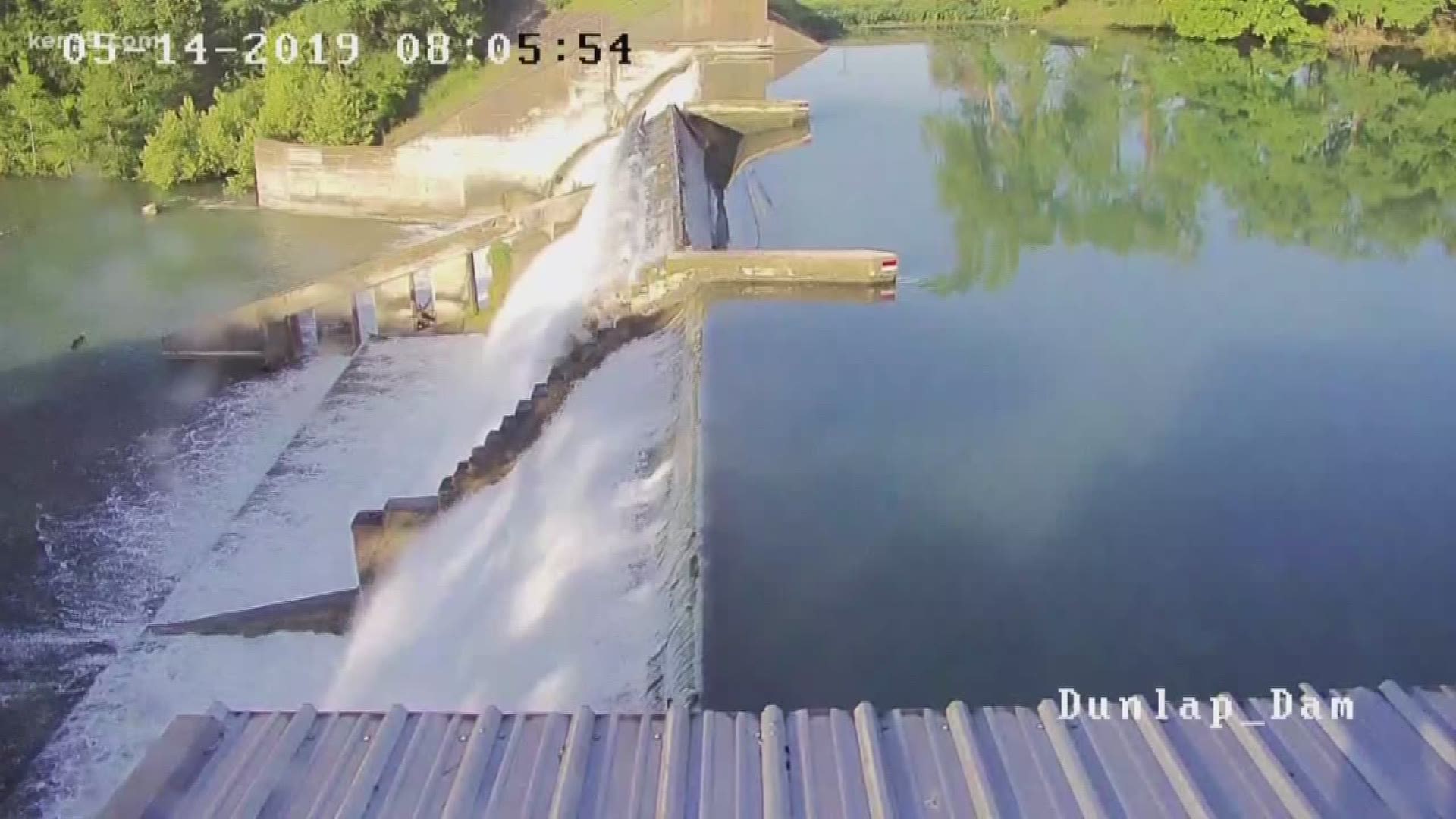 SEGUIN, Texas — The Guadalupe Blanco River Authority is considering a move to drain four lakes under their authority because of safety risks.

This comes after the massive spillgate collapse at the Lake Dunlap Dam in May and the Lake Wood collapse in 2016.  Dunlap is now at river level, and Lake Wood is mostly dry.

It was standing room only for the many people who came to the GBRA board meeting Wednesday, as they waited to hear the fate of the other four lakes under the GBRA’s authority, including Meadow, Gonzales, Placid and McQueeney. The GBRA presented their fears of another collapse as the 90-year-old spillgates continue to age. They cited safety concerns as their reasoning for draining the lakes. GBRA engineers said it's only a matter of time before another spillgate fails.

“At the end of the day, we have to be mindful of the fact that people recreate in the water. We cannot keep people from recreating in the water,” GBRA General Manager Kevin Patteson said. “Everybody saw how Dunlap failed. That's our concern is public safety, number one.”

GBRA leaders said the plan would be to drain the lakes, and inspect the dams and spillgates. Patteson said if the spillgates can be repaired, they will move forward with repairing them. However, if they are beyond repair, the timeline for completely replacing them is uncertain.

The GBRA still lacks the tens of million dollars worth of funding to replace the aging spill-gate structures.

“For the past three years, we've been looking at the state and federal level, looking for loans or grants to help address this issue,” Patteson said. “We've really come up short. We've come up empty.”

Residents took the podium to voice their concerns, many agreeing that safety is a major issue, but they're equally concerned about the economic impact dewatering the lakes will have on the community.

“Looking around this room, I see boat mechanics, dock builders, realtors, I’m sure with a show of hands in here, who makes a living off these lakes?” resident Thomas Belton asked. “There’s a lot of people who’s lives depend on the water being in the lake, I just want you to see faces to that,” he told the GBRA board.

Belton owns a business teaching skiing lessons at the Lake Breeze Ski Lodge on Lake McQueeney and said his livelihood and many others depend on the water in the lake.

“I worked really hard to get to this point. It's kind of slipping away,” he said. “The water is my life. It's all I've ever wanted to do.”

Guadalupe County Judge Kurt Kutscher addressed the board as well, asking them to weigh all options before making a decision to drain the lakes. “If the decision is made to lower the lakes, to drop the spillgates, it’s going to be a shock to the system,” he said.

Kutscher said if the GBRA follows through with the plan to dewater the lakes, the $1 billion in appraised property values at the lakes will drop by half, and the school districts and county could lose $10 million.

The GBRA said a decision hasn’t been made yet, and Wednesday’s meeting was only presenting the plan to the board.

They said later in a statement that discussions will continue on the safety of the hydro-lakes, and a final decision has yet to be made.

“While no decision was made today regarding the best way to ensure public safety on the lakes, GBRA’s concerns remain,” Patteson said. “The video of the Dunlap spillgate collapse validates our concerns, and we are not willing to risk lives should there be another spillgate failure.”

Belton and others who work and thrive along the lake just want the GBRA to understand how much their lives depend on the lake.

“A lot of money on this lake that goes to the businesses and economy around here won't exist if there's no lake, there's no water,” he said.