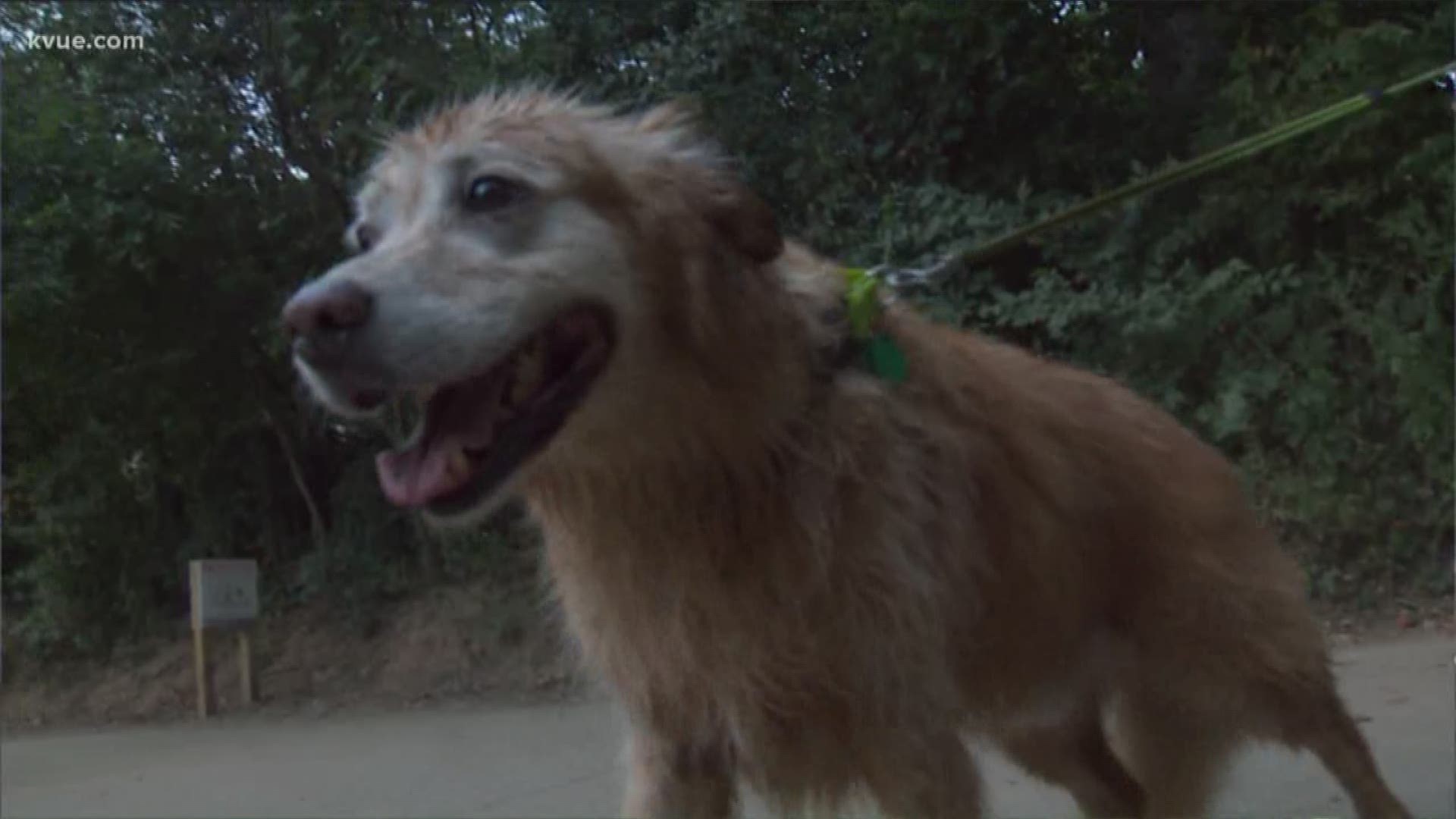 AUSTIN, Texas — Further testing has revealed increasing levels of neurotoxins in algae at a greater number of locations along Lady Bird Lake and Barton Creek, the City of Austin said on Wednesday.

The City closed Red Bud Isle this month following reports of dogs dying after swimming in the lake. But preliminary testing showed low to zero levels of the harmful neurotoxins produced by blue-green algae.

“This is a reminder that the situation is evolving and can change rapidly,” the City of Austin said in a release.

The City is urging pet owners to keep their dogs out of Lady Bird Lake and Barton Creek. Red Bud Isle will remained closed for several weeks.

Brendon Fellows, who used to take his dog swimming at Vic Mathias Shores, is now having to find other ways to keep him cool, like giving him baths every few days.

"It's scary, definitely. You want to keep your dog out of the water, don't want him to get sick, especially because he's a part of our family – you know, trying to keep him safe," Fellows told KVUE. "I can only imagine how devastating it would be to have your dog healthy, happy one day, and then, you know, an hour or two hours later, all of a sudden they're no longer there with you."

RELATED: After more reports of dog deaths to algae exposure, expert says nutrients are to blame

The City of Austin said the cold, flowing water from “Barking Springs,” at the spillway of Barton Springs Pool, was upstream from these areas, and people and pets could continue to swim there at their own risk. Bacteria is always a concern in small waterways with a high concentration of dogs.

Further samples will be taken on Thursday.

RELATED: Boerne dog owner warning others after losing her pet to deadly algae

RELATED: Blue-green algae: Why it's so deadly to dogs, and how you can keep your pet safe

The potentially toxic blue-green algae can thrive in hot, stagnant water, especially along shorelines. A water safety expert told KVUE urine and stool from dogs might have contributed to the bacteria’s growth.

While the algae can be harmful to humans, pets are most at risk because they are likely to drink the water or lick it off their fur. People are already prohibited from swimming in Lady Bird Lake, but kayakers and paddleboarders who fall in are asked to rinse thoroughly.

Drinking water is unaffected by the toxic algae. Lake Austin and Lake Travis have not shown concerning levels of algae. Lady Bird Lake is not used as a source for drinking water.

RELATED: Austinites reminded not to swim in, drink from Lady Bird Lake

Dogs who have ingested the blue-green algae toxin could have any of the following symptoms, which could lead to respiratory paralysis or death:

In people, the possible symptoms may be:

Austin Public Health said it has not received any reports of treating people related to exposure to the water but it will continue to monitor that. If people or pets come into contact with the water they are urged to rinse off – and seek medical attention if any of the symptoms above occur.