Funeral for Deputy Bryan Pfluger held in Pflugerville on Saturday

Pfluger is a descendant of Henry Pfluger, the city’s namesake who immigrated to the area in the mid-1800s. 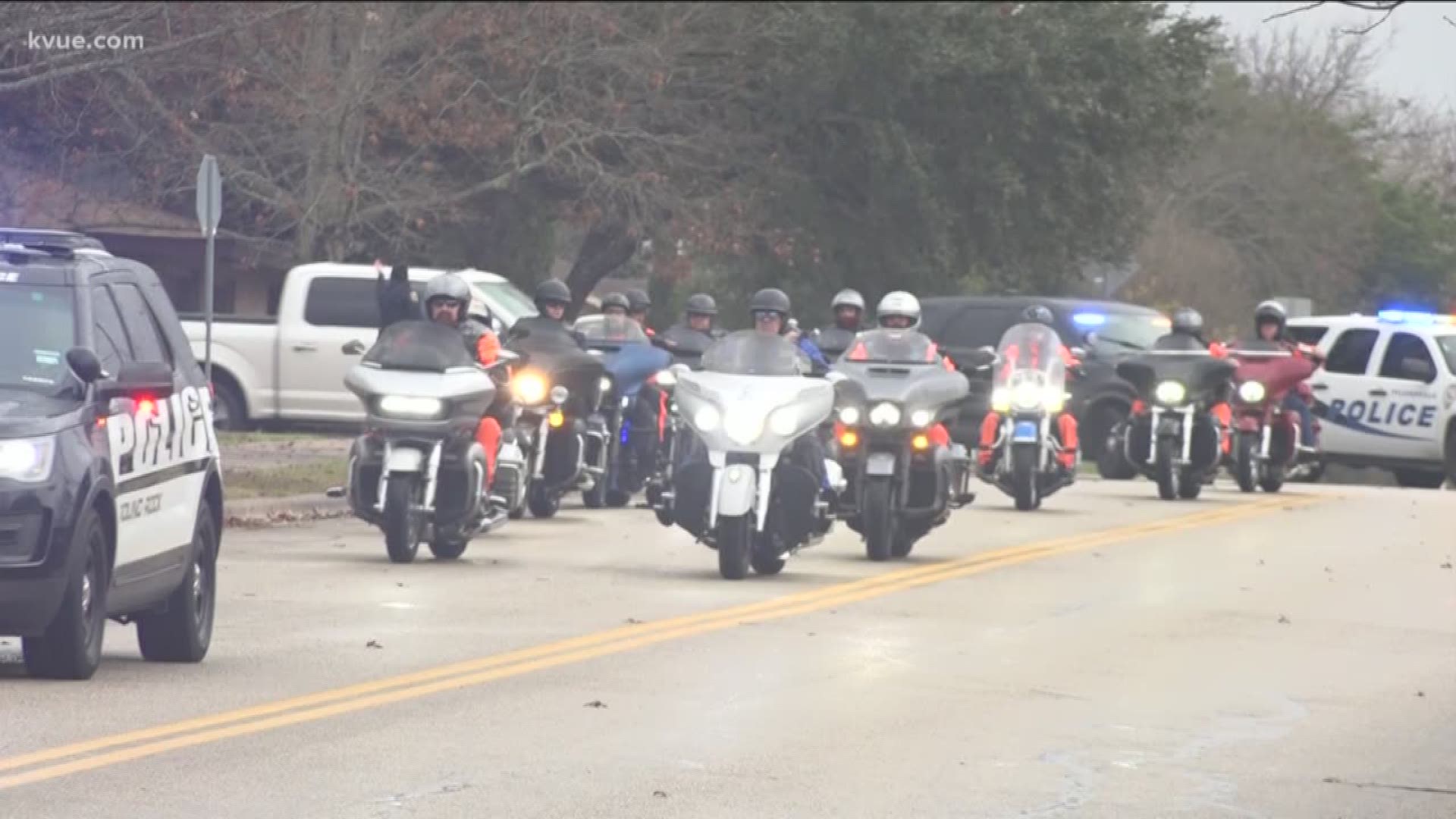 PFLUGERVILLE, Texas — A sheriff's deputy from San Jacinto, Texas, northeast of Houston, was laid to rest in Pflugerville this weekend.

Bryan Pfluger, 36, died while he was on duty last Saturday.

Police said he and another deputy were driving eastbound on Texas 150, responding to a call in separate vehicles.

The car Pfluger was driving clipped the other, then rolled several times. Officials said he was not wearing a seat belt.

A funeral procession happened on Saturday. It started in Cleveland, Texas, before heading 180 miles west to Pflugerville, where he was laid to rest at the Immanuel Lutheran Cemetery.

An obituary for Pfluger said he was born in Houston on May 4, 1983.

He served in the Army National Guard for six years before joining the Taylor County Sheriff’s Department.

Pfluger served as a deputy at the San Jacinto Sheriff’s Office for four years.

According to our partners at The Statesman, Pfluger is a descendant of Henry Pfluger, the city’s namesake who immigrated to the area in the mid-1800s.